Dame Joan Collins is enjoying a walk down memory lane since she can't travel anywhere for Christmas because of the coronavirus pandemic.

The former "Dynasty" actress took to Instagram on Christmas Eve to share a festive throwback pic that shows the British star gracing the cover of Playboy magazine in 1983.

The actress stuns in a low-cut sparkly red dress with matching red gloves. She flashes a sultry look at the camera as her hands are on her hips.

"Since I can’t go out to #celebrate #christmas here’s a #throwbackthursday for #outfit 9 of my modified #12daysofchristmas #lockdownfashion #parade," Collins captioned the post.

JOAN COLLINS SAYS SHE CLASHED WITH POLICE OFFICER OVER WEARING WRONG MASK INSIDE STORE: 'HE YELLED AT ME' 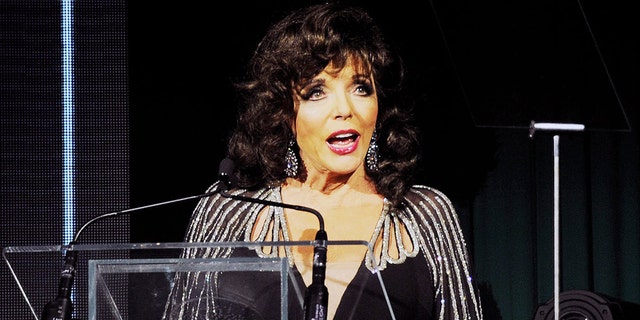 Joan Collins has been getting in the Christmas spirit by sharing some of her fashionable looks from 2020 and years prior.
(Getty)

The star was inundated with compliments in her comments section of the post.

"Joan is one of the most beautiful women in the world. I've always thought so, from being a teenager watching Dynasty. Merry Christmas," one fan wrote to Collins.

Another called her "stunning" back and said she "still is" now.

"Now THAT is a sexy woman," another reacted. "None of her around these days." 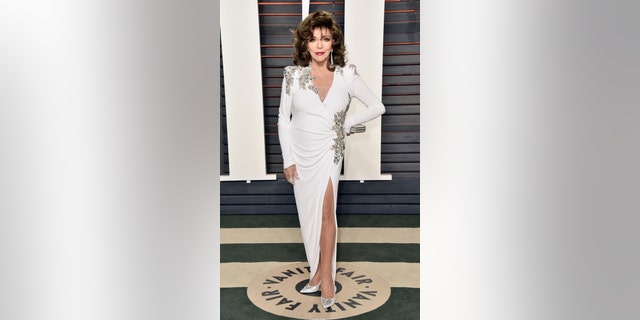 Another said Collins' 1983 cover of Playboy was their "favorite all time issue."

Collins' throwback pic is a part of her self-titled "12 Days of Christmas" event on Instagram, which has featured the actress sharing her favorite fashionable looks from lockdown in the 12 days leading up to the holiday.

On Wednesday, she modeled a plaid blazer and a beige hat with oversized sunglasses.

"What a choice! An exercising walk in the park? A trip to the supermarket, or an afternoon the the sofa with the television blaring?!" she captioned the post.

And one day prior, she showed off a gorgeous throwback photo from 2019 in which she's wearing an off-the-shoulder black dress.

"A #littleblackdress never goes out of style," Collins wrote.