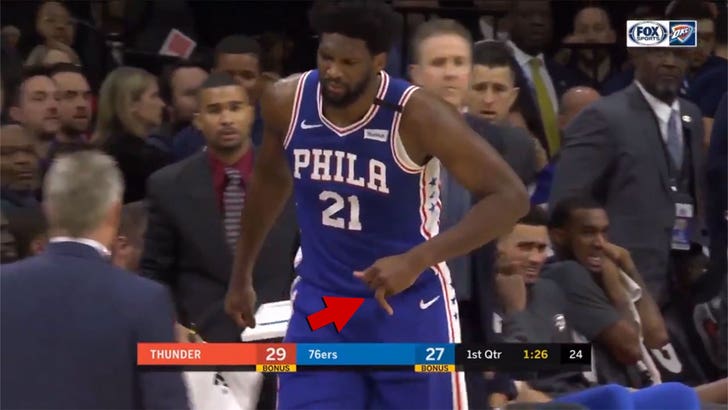 WARNING: LOOK AWAY IF YOU’RE SQUEAMISH!!!

Joel Embiid nastily dislocated his ring finger during the 76ers’ win over the Thunder on Monday … and the injury was so bad — his digit bent sideways at a 90-degree angle!!

But, the craziest part … EMBIID STAYED IN THE GAME!!

The horrific scene all went down in the 1st quarter at Wells Fargo Center in Philadelphia … when Embiid went up to block a shot but got his finger tangled in the process.

When he eventually looked down to see the mangled mess on his hand … it wasn’t pretty — with teammate Ben Simmons saying, “I nearly thew up when I saw that.”

Joel went into the locker room for a few minutes to pop it back into place and check for broken bones … but when the injury came back clean — the guy hopped right back on the court!!! 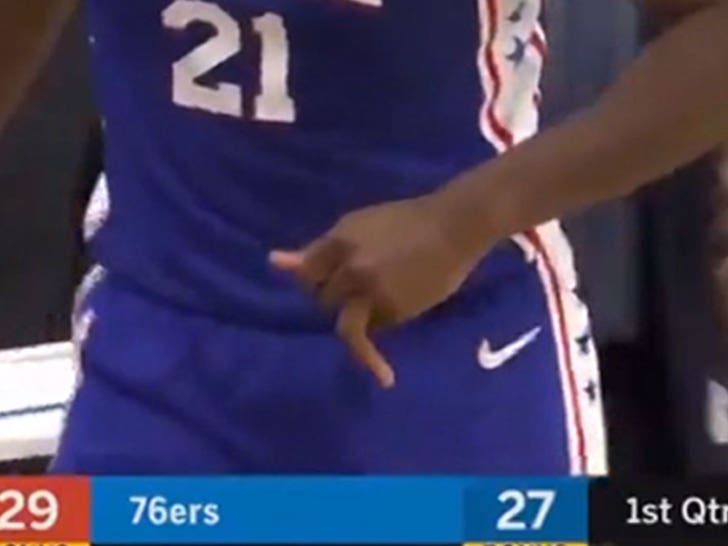 Joel says he might take the Sixers’ next game off on Thursday against the Celtics to rest the hand … and we’re pretty sure he’s earned that right.