Jon Gosselin Hopes for a Father’s Day Miracle: I’d Love to See ALL My Kids! 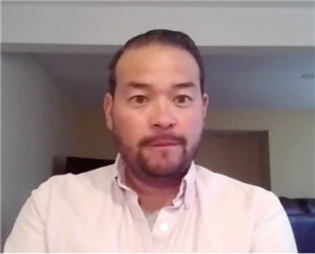 When Jon Gosselin got COVID-19, he felt abandoned by many of his children — the ones who had sided with Kate.

That, and his various mistakes over the years, doesn’t mean that he doesn’t love them.

Though six of his eight famous children sided with Kate, he hasn’t given up hope.

In fact, with Father’s Day swiftly approaching, Jon would love to reunite with them all.

Over the weekend, Jon Gosselin spoke to HollywoodLife.

“I always have hope,” the father of eight expressed.

“I hope one day maybe they just knock on my door,” Jon sugested.

He continued: “or maybe drop me a line or text me.”

“I kind of just have to hold on to hope,” Jon explained.

Jon continued: “and let them know that I love them and I’m here no matter what.”

“I’m not going to give up,” Jon affirmed.

Jon added: “I just have to focus on getting myself right.”

“And the ones that are here and doing the best that I can,” Jon went on.

“And being centered and being in a good relationship,” he emphasized.

“And,” Jon noted, “focusing on myself as well.”

Neither Jon nor Collin have any kind of relationship with Kate or with the Kate faction of the children.

Hannah does, however, and Jon fully supports her in that.

“Hannah stays in contact with them,” Jon reminded the world.

“I love my kids,” he expressed.

Jon emphasized that this applies to “all of them.”

“Even though I’m kind of estranged from Mady and Cara,” Jon acknowledged.

“I hope one day that they just call me up and just talk to me,” he expressed.

Jon has an IT working with Amazon.

But he is also continuing with his passion as a DJ this summer.

However, Jon has changed his M.O. a bit when it comes to spinning music.

“I’m going to stay out of bars and clubs, pretty much,” Jon pledged.

Jon explained: “I’m just not into staying up until 4 in the morning anymore.”

“I can’t do it with my job,” Jon explained all too relatably for fellow working adults.

“My kids, they don’t mind,” he added. “They miss me playing, actually.”

Jon added: “I’m a cool dad…That’s what Hannah would say!”

“With COVID, it was booming and then nothing,” Jon recalled.

“I was killin’ it,” he characterized.

“I’ve got an event coming up in July in Atlantic City,” he added.

Jon gushed: “I love playing music.” But he still has his priorities in order.

“But,” he emphasized, “IT is my care and how I provide for my family.”

“I’m trying to figure out how to be a public figure,” Jon continued.

He is not sure of how to do that “but still have my private life.”

Jon continued: “when I work for the largest company in the world.”

“I have a really good support system with my friends.”

“We don’t have any set plans for Father’s Day,” Jon shared.

“When you’re a father who’s had kids taken away from you, you feel like every day is Father’s Day for you,” he explained.

“I see my kids every single day,” Jon added.

“I have off though. I’ll probably do nothing,” Jon admitted relatably.

Father’s Day will be on Sunday, June 20. If you have a dad in your life, don’t forget!

And if you’re no-contact with your dad, just have a nice weekend!