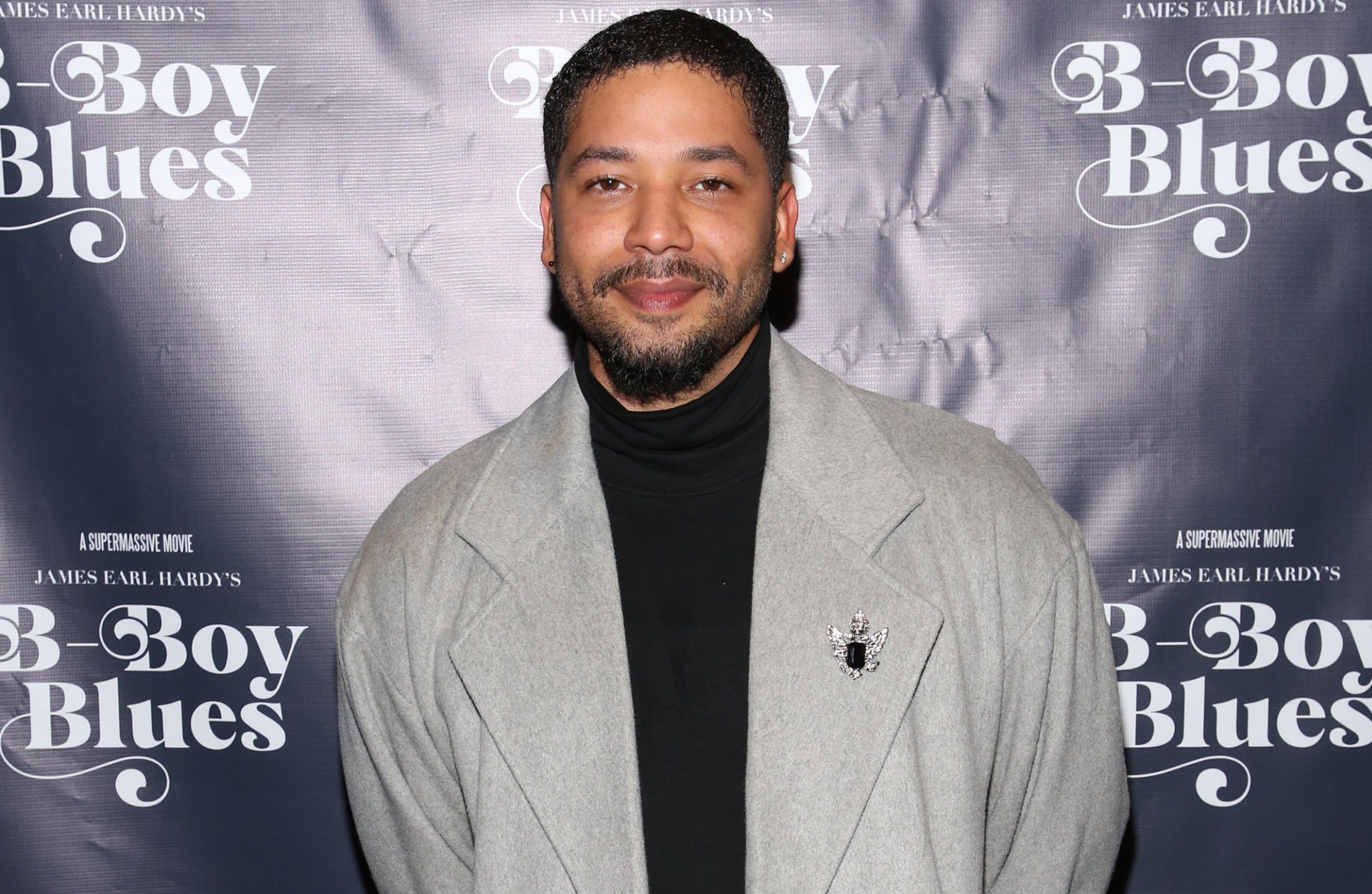 Jussie Smollett was all smiles as he attended his first red carpet event in years, celebrating a screening of B-Boy Blues.

The Empire actor, who is due to stand trial later this month over his 2019 attack, made a rare public appearance at the bash in Harlem, New York, on Friday.

The 39-year-old directed the flick – a culture clash film following a journalist and a bike messenger falling in love – and co-wrote the screenplay.

He opted for a low-key look at the screening and grinned widely as he posed in front of photographers – donning a black jumper and trousers with crisp white trainers.

The star completed the look with a long grey trench coat, with a bejewelled broach in the lapel.

Taking to Instagram, Smollett shared a passionate post about B-Boy Blues, detailing how much the project meant to him.

‘This film, this family, this story. This past weekend, we screened my feature film, directorial debut, @bboybluesthefilm for the first time with an actual audience,’ he told followers. ‘The reaction was overwhelming. So grateful to each person that came out.

‘I have so many words of gratitude for so many so I’m going to be spotlighting some of our incredible team who have made this project come together in the next few weeks and it starts with my friend, hero, and our King @james.e.hardy.9. James is the Father of this entire project.

‘It started with a book that changed so many minds and made so many of us feel seen, heard and understood. Then there was the play (which is showing again this December so check out James page for updates).

‘And folks got to see a new take on a classic that still means so much. Now it’s a FILM and I’m honored to be able to usher this version in.’

‘Your faith and trust has been a light in my life when there was not much light in sight,’ he concluded the post.

‘To hear your words and know you are proud is all that has ever mattered to me. I speak for myself and so many others when I say… thank you. I love you for life. #BBoyBluesTheFilm #BBoyBlues.’

Smollett’s screening comes ahead of his upcoming trial over his alleged attack, which begins in Chicago on November 29.

He is due in court over allegations that he lied to the police and filed a false report regarding an attack in January 2019, when he claimed that two men attacked him whilst making homophobic and racist slurs, and later put a noose around his neck before running away.

The case involving the police report was eventually dropped, but he has been charged with disorderly conduct in connection with the case – for which he has maintained his innocence.