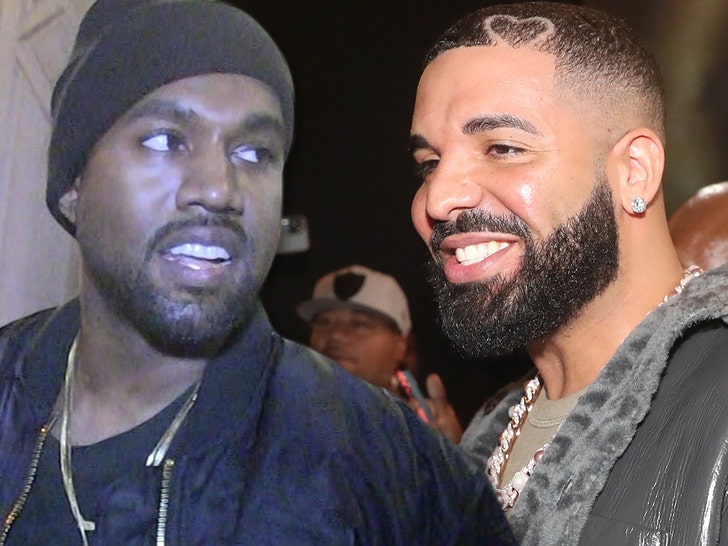 The peace treaty between Kanye West and Drake is about to get an official summit — and it’ll be happening on stage in about three weeks … no kidding!

Ye confirmed Saturday, taking to Instagram to post a digital flyer promoting the benefit concert he’s been pushing for — one that’s meant to raise awareness for imprisoned ex-gangster Larry Hoover, whose freedom he’s been lobbying for behind the scenes.

The show is going down on Dec. 9 — two days after KW had initially wanted, it seems — and it’s taking place in Los Angeles … at USC’s Coliseum, no less. It’s only Ye and Drake who are listed as performers — and there aren’t any other details attached just yet.

In an even greater gesture of reconciliation, Kanye captioned his post … “God’s Plan,” a clear nod to Drake’s song of the same name. He also threw in a white dove to hit the point home that … they’re all good now.

Drizzy hasn’t promoted the event himself, but we’ll assume he’s onboard … especially since he hosted Ye and J Prince at his Toronto home last week, where this burying of the hatchet seems to have taken place.

This would appear to be one of the first times Ye and Drake have performed alongside one another in a very long time — they’ve shared the spotlight a couple different times in the past … but haven’t been in each other’s presence like this ever since they first start feuding in 2018. Needless to say, it’s a big deal — with 2 of the hottest artists in the game right now.

Like we said, there aren’t any other acts that are part of the lineup at this point — but frankly, Ye and Drake are more than enough to get asses in the seats. Also interesting to note … it looks like Ye gave himself top billing here, and has Champagne Papi as a special guest.