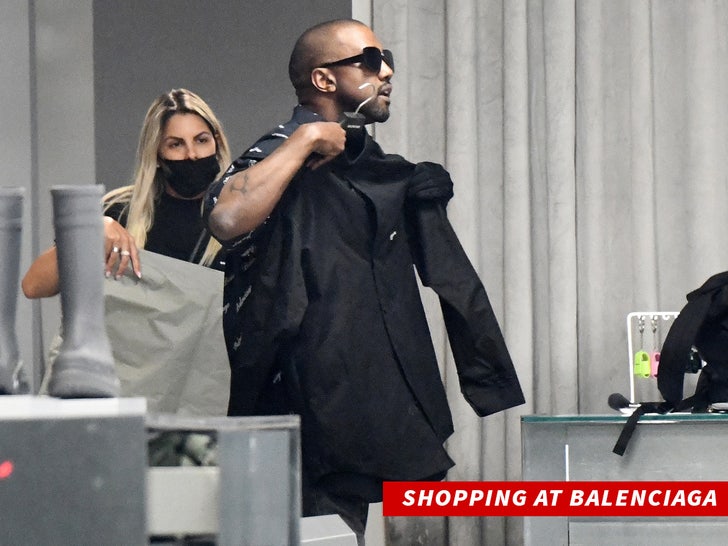 Kanye West was a man about town on New Year’s Eve — and that town was Miami, where the guy got his shop on … and his party on, with a little assist from Diddy.

Check out these photos of Ye hitting a Balenciaga store in Florida’s favorite wild town to pick out some new threads for his NYE bash he was hosting later that night at the Game Changer Lounge, right down by the beach.

As you can see, he seemed to be feeling himself as he walked around the store … sizing up outfits and walking out with lots of bags in hand (another person’s hand, rather). 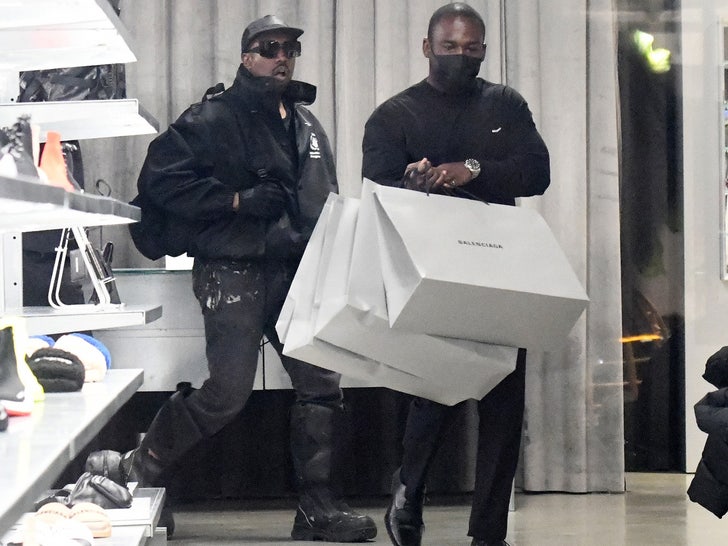 Come nightfall, KW was ready to rage … and he got his fill on the mic in front of a packed crowd, which actually included quite a few celebs too — like French Montana, Quavo and others. Looks like good times were had by all … and Kanye was right in the mix.

It also appears Diddy might’ve helped Ye out with a landing spot later in the evening. We got video of Ye popping into the Bad Boy’s Star Island home at one point and weaving his way through a gaggle of good-looking guests. 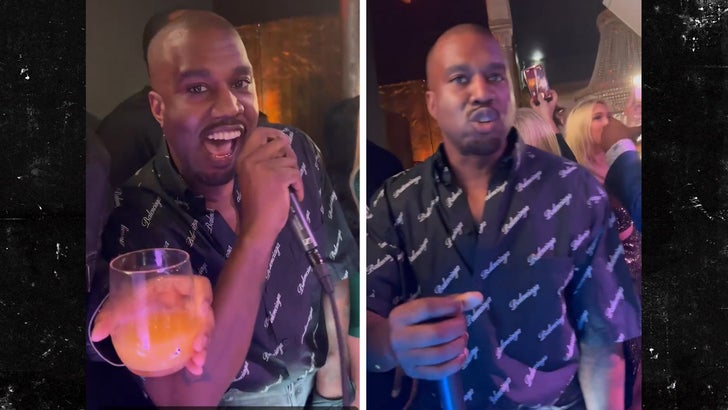 He seems a little shyer in this moment, but the point is … Ye was on the prowl, and looking pretty unattached in the process. By that we mean — it’s no secret the dude’s single these days … even though he’s been pining for a reconciliation with Kim Kardashian.

Of course, he also reportedly broke things with a new-ish flame of his recently … and has been popping up all over the place next to very attractive women. 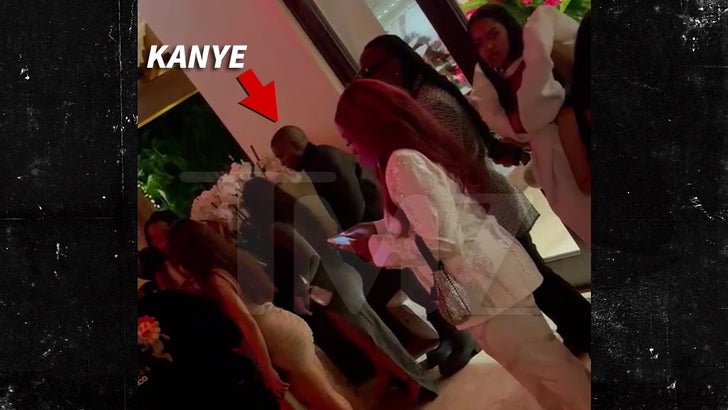 Speaking of KK … she was nowhere to be found in Miami (at least not publicly), but her BF Pete Davidson surely was. Dude was hosting a NYE event for NBC a stone’s throw away, alongside Miley Cyrus — and we wouldn’t be surprised if Kim was on hand somewhere too.

Just like on the West Coast … Ye was in position to keep a close eye on things. Or … maybe he just likes the Sunshine State for special occasions. Who knows!