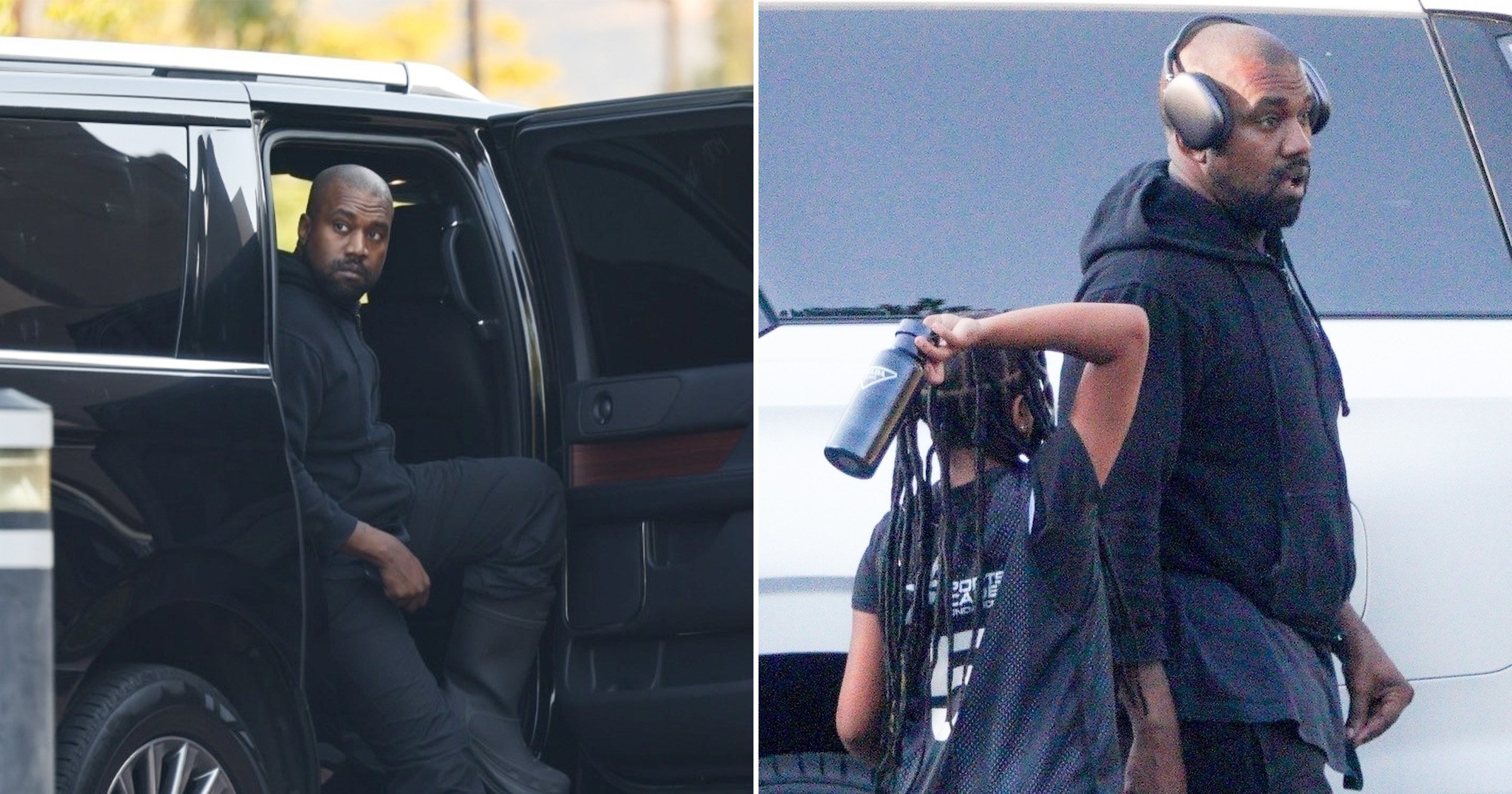 Kanye West has reunited with his daughter North to bring his eldest daughter to a basketball game.

Kim and Kanye’s relationship has been a rollercoaster, with Kanye publicly pleading for Kim to return to him and going on social media rants about her new boyfriend, comedian Pete Davidson.

With the former couple now co-parenting their brood, Kanye was spotted this week taking North to a basketball game, the pre-teen happily dribbling a ball as she walked along the street.

The doting dad checked in with his daughter ahead of her big game in Los Angeles, with North appearing not too daunted by the match as she was snapped swinging her water bottle around and chatting to her father.

Kanye dressed comfortably in an all-black outfit including a drawstring hoodie, as well as what genuinely look to be wellington boots.

He was seen waiting in a black car with tinted windows for North, and later put on a pair of oversized earphones as he caught up with his daughter.

North recently sported her famous dad’s Yeezy range in a series of selfies which mum Kim posted to Instagram, proving there’s not all bad blood between the former couple.

The nine-year-old even designed some sketches for a range of Yeezy clothing, which Kim also posted to her 73 million followers.

Mum-of-four Kim was declared legally single in March by a US court amid her divorce proceedings, but has repeatedly praised Kanye as a father and businessman.

The TV icon recently revealed that her skincare brand, Skkn, ‘wouldn’t have been complete’ without her former husband.

On an Instagram story promoting the beauty products, Kim said: ‘My creative process wouldn’t have been complete – and I always give credit where credit is due – without Kanye.

‘He brought his team and introduced me to [creative director] Willo [Perron] and we came up with the new name.’

Kim has been with new man Pete for close to year, since meeting on the set of Saturday Night Live where the reality star was the guest host.

The couple appear to be head-over-heels for each other, with Kim recently making the long trip to Australia, he is shooting film Wizards!.

Kanye meanwhile had been linked to Uncut Gems actress Julia Fox, before moving on with Chaney Jones.

He is not currently believed to be dating anyone.