Since they started dating back in 2016, Kate Hudson and Danny Fujikawa have managed to be both one of the most adorable and most low-key couples in Hollywood. Like Kate’s famous exes, The Black Crowes singer Chris Robinson and Muse singer Matt Bellamy, Danny is a musician (he’s the former singer and guitarist for the band Chief) and, no, Kate is not afraid to admit that she has a *bit* of a type.

“I’m attracted to musical people, period. From the outside, yeah, I get it. ‘Oh, I like a rock star,’ or whatever. But that’s not really what it is,” she explained in a March 2021 interview with InStyle. “The reason I connect so deeply with musicians … is because we all connect to music in a way that you don’t have to explain. You just feel it, and it’s something you love. The lifestyle is not something to fall in love with.”

For a full timeline of the major moments from Kate and Danny’s musical love story, just keep scrolling.

Kate and Danny actually met years and years before they developed heart eyes for each other. “The first time I met Danny I was 23 and enormously pregnant with Ryder,” Kate revealed in an Instagram post in honor of the anniversary of their first date. “His step sisters are my best friends @sarafoster @erinfoster and so it goes we have been in the same circle for over a decade!”

For some visual context, here’s a picture of Kate from around the time she met her future soulmate: 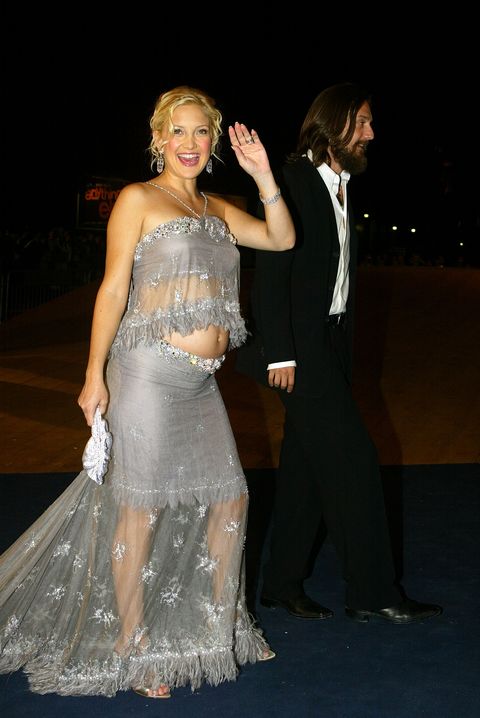 Thanks to Kate’s one year first date anniversary IG, we can place the beginning of her and Danny’s ‘ship on December 3, 2016.

“A year ago today Danny took me on a hike and what I thought was just a hike with a family friend turned very quickly into an unexpected first date,” she captioned a picture of her and Danny sharing an anniversary kiss. “No moves were made on this first date. In fact, it took months for him to make a first move! And as a kiss on this bridge would have been nice, the kiss a year later was so much sweeter. So on our 15th year of knowing each other we were able to open our hearts to each other to feel so much pure love and it’s been truly incredible.! ❤️Happy first date anniversary baby. #LoveThisMan 🙏 #WhatAYear.”

Even though Kate and Danny’s first date was in December 2016, the first public buzz about their relationship came the next spring, in March, when they were spotted kissing in Los Angeles.

“Kate had his arms around him and they kissed,” a source told People at the time. “They definitely looked like more than friends.”

Later that month, they took their PDA on tour and were seen kissing in NYC, too.

Just a few short weeks after their PDA first made headlines, Kate and Danny made their red carpet debut at the premiere of her mom, Goldie Hawn’s, comedy Snatched. And made out more, ofc: 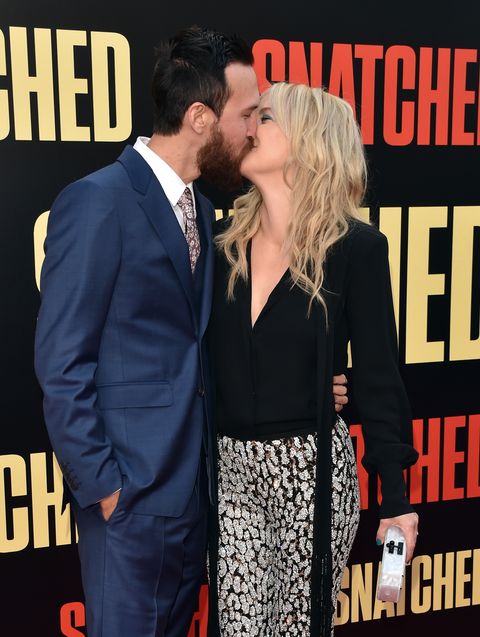 Kate and Danny traveled to Cambodia together during their first summer together as a couple, complete with Instagram documentation:

As we noted above, in December 2017, Kate shared new details about her and Danny’s love story in a very sweet anniversary tribute post on Insta (which we’ll drop here again just for good measure):

A few short months later, Kate revealed that she and Danny were expecting their first child together by sharing a post about their sex reveal celebration on Instagram.

“SURPRISE!!!” she wrote with a clip from the reveal. “🤱 If you’ve wondered why I’ve been so absent on my social channels it’s because I have never been more sick! It was the most sick first trimester of all my children. Boomerangs have made me nauseous, Superzoom is an easy way to have my head in the toilet, food instagrams make me queezy and thinking too much about insta stories made me even more exhausted than I already had been. If you’ve seen me out and about smiling and pretending like everything is amazing…I was lying! BUT! I have broken through on the other end of that and rediscovering the joys of insta/snap. We have been trying to keep this pregnancy under the radar for as long as possible but I’m a poppin now! And it’s too darn challenging to hide, and frankly hiding is more exhausting then just coming out with it! My kids, Danny, myself and the entire family are crazy excited! A little girl on the way 💕”

In October, Kate announced that she and Danny had officially welcomed their daughter, Rani Rose (on Instagram, of course).

A few days later, Kate shared the first picture of their “little rosebud” Rani—and please allow time to pause and say “awwwww” out loud when looking at it: 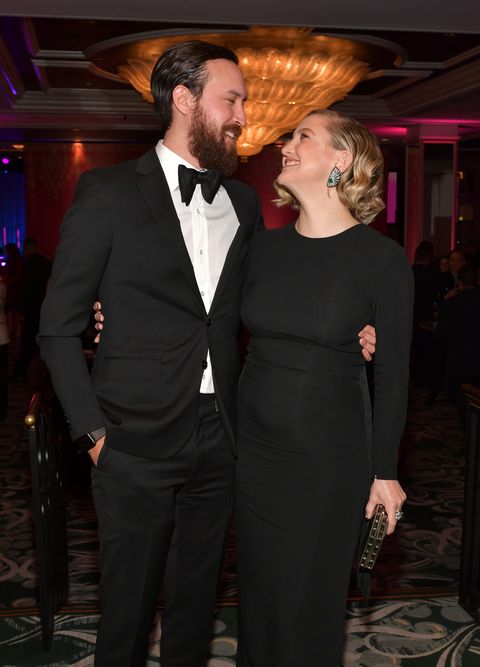 Kate took some time to publicly gush about Danny in her December 2019 Women’s Health interview, saying, “I’ve got the best man. It’s the first time I feel like I have a real teammate in this. We’re able to pick up where the other one has to leave off.”

In September 2021, just a few months before their five-year anniversary, Kate and Danny announced their engagement on Instagram in a post she captioned, “Let’s go! 👰‍♀️💒🤵🏻‍♂️”

“I’m really excited,” she said of the news during an appearance on Watch What Happens Live later that month (per People).“I haven’t really wrapped my head around the planning process of [the wedding]. But I think I’m just gonna invite the people that I love the most and I have a feeling it might end up being kind of big.”

By November 2021, Kate said she was in “pre-planning” mode for the wedding and made it clear that she didn’t want to go too crazy with planning and have Bride Wars flashbacks.

“You know what I’m doing? I’m pre-planning the planning. Just kind of thinking of what we want to do and then I’m going back and forth between like, what is this really going to look like?” she told Entertainment Tonight. “Obviously, we’re so excited. But the idea of planning a wedding is like, a lot, it’s a lot. I made a whole movie about it.”

After those initial updates, Kate and Danny have both been pretty tight-lipped about their wedding plans, but she *did* share a tiny update in September 2022.

“We have no idea, we can’t wait but no, not yet,” she said during an Access Hollywood interview when asked about the nuptials. “It’s coming but not yet.”