If Kate Middleton learned anything from Cruella de Vil, it’s that a good coat makes the outfit.

On Wednesday evening, the Duke and Duchess of Cambridge hosted a private drive-in screening of the upcoming Disney film, Cruella, at the Palace of Holyroodhouse in Edinburgh. The event was set up for National Health Service (NHS) staff and employees, to recognize their vital and tireless work amid the ongoing COVID-19 pandemic. The Cambridges arrived to the venue in a 1966 2A Land Rover, which previously belonged to Prince William’s late grandfather, Prince Philip, and was loaned to the couple for the evening by Queen Elizabeth II. 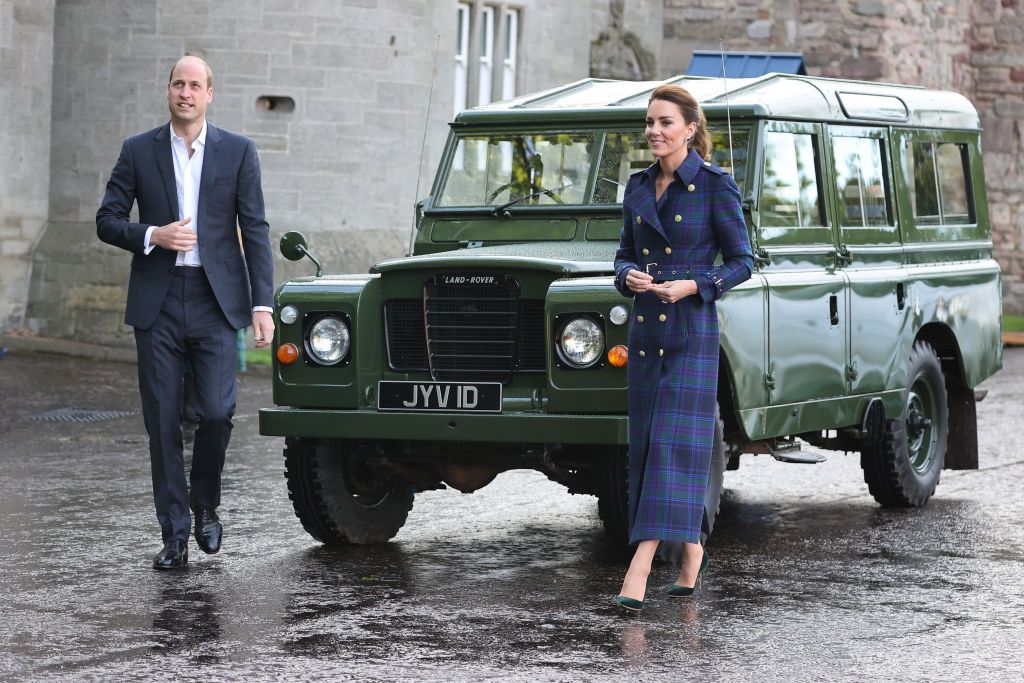 For the private premiere, Kate opted to wear a timeless blue plaid trench coat by Holland Cooper, which she layered over a beige midi skirt and paired with emerald green suede pointed-toe pumps. The duchess tied her hair up in a chic, voluminous ponytail and wore sapphire and diamond-encrusted earrings that coordinated with her stunning outerwear and her famous engagement ring, which previously belonged to her late mother-in-law Princess Diana. 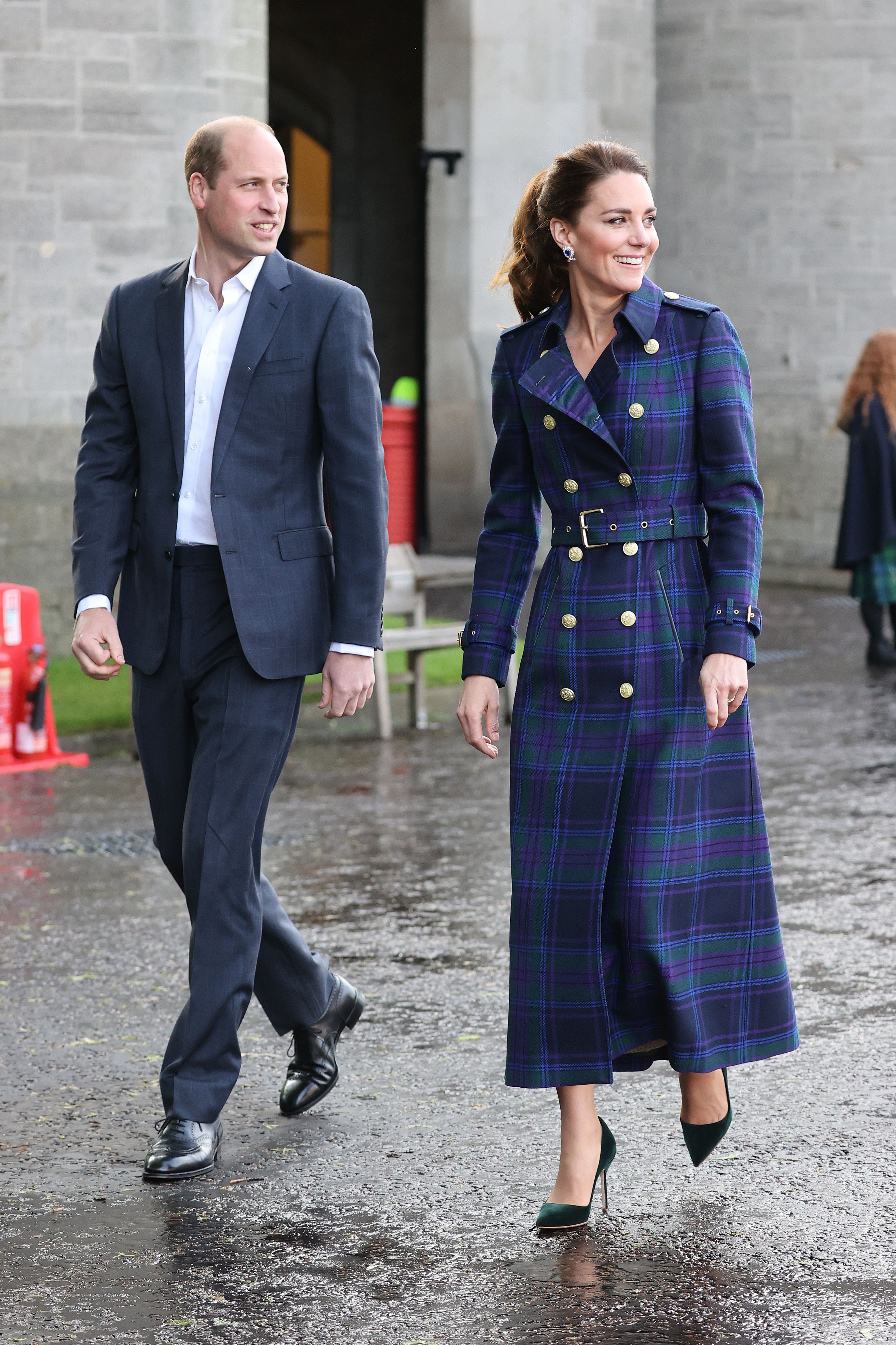 Kate also prepared a speech for the evening and addressed the crowd of NHS workers, thanking them for their “dedication, commitment, and personal sacrifice” exercised during the global health crisis.

Ahead of the special screening, Prince William and Kate Middleton also participated in a conversation with Cruella’s leading stars, actresses Emma Stone and Emma Thompson. During the call, they all discussed what it was like filming in parts of London, the incredible costuming and fashion, and how important it was to honor and thank the incredible work accomplished by NHS staff across the U.K.

Watch their conversation below.