Kate Middleton is about to become an auntie—again! According to People, Page Six, and Entertainment Tonight, Kate’s little sister Pippa Middleton is pregnant…meaning that Prince George, Princess Charlotte, and Prince Louis are going to have another cousin for them to play with very soon. How cute!

Pippa and her husband, James Matthews, couldn’t be happier about the news. “Pippa and James are thrilled, it’s fantastic news amid a difficult year. The entire family is delighted,” a source told Page Six. 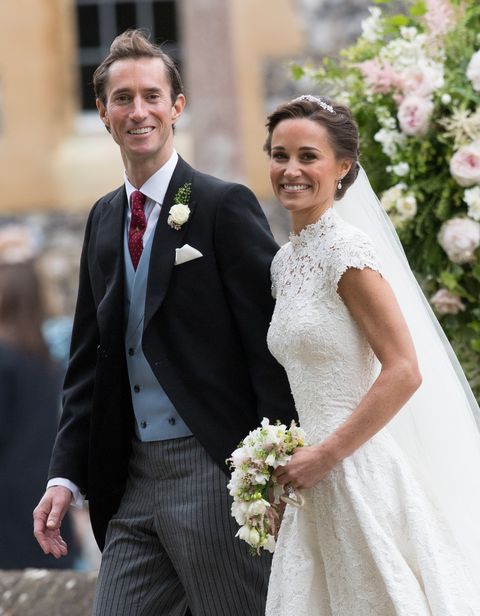 Pippa and James became parents for the first time on October 15, 2018, when Pippa gave birth to their now-two-year-old son, Arthur. Following in Kate’s royal footsteps, Pippa gave birth in the Lindo Wing of St. Mary’s Hospital.

Pippa is usually pretty quiet about her and James’ family life, but she decided to give her fans updates on raising Arthur in an April 2019 interview with Waitrose Kitchen magazine.

“Starting my son Arthur swimming at four months old has given him confidence and enjoyment in water,” Pippa shared at the time. “He’s now six months old, and swimming is one of our favorite activities. The exercise helps guarantee sound daytime sleeps, and the movement has improved his digestion.” Did I mention Pippa also took Arthur to a baby gym? Guess we can expect similar treatment with baby number two.

Pippa and James haven’t made an official statement on their baby news (and probably won’t for a while, TBH), but let’s give them a big congrats in the meantime!