Kate Winslet has co-starred with many of who some might consider Hollywood’s most handsome men, from the likes of Leonardo DiCaprio to Idris Elba. One of her co-stars happened to be Liam Hemsworth in the 2015 film, The Dressmaker, where the youngest Hemsworth brother plays Winslet’s love interest.

Winslet has shot many intimate scenes with her on-screen partners over the years. But behind the scenes of The Dressmaker, the Oscar-winner revealed that Hemsworth had to take his shirt off for several takes. And it was a process the experienced actor admitted she could barely keep a straight face for. 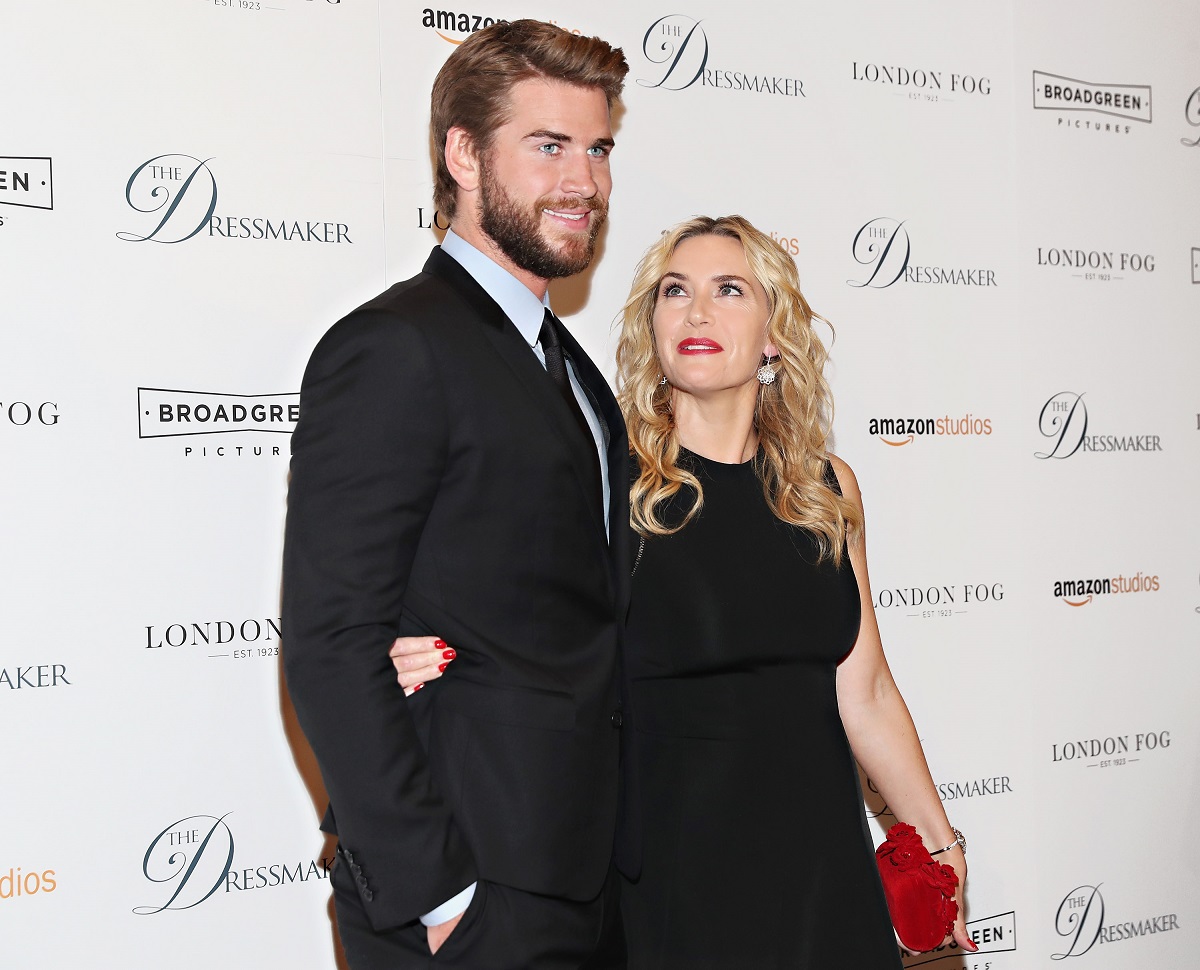 Hemsworth has been involved in many love scenes in his career. But when talking about The Dressmaker to E-News, he admitted that there was a bit of discomfort after he pretended to make love to Winslet. But it’s not a feeling exclusive to Winslet, as it’s a discomfort that lingers after all of his love scenes.

“During the scene, it’s fine. You don’t feel uncomfortable while the cameras are rolling,” Hemsworth said.

He added it’s only after the scene has wrapped that the awkwardness settles in.

“As soon as it’s cut, and then you’re standing around and you’re in your underwear, and you’re chatting with the crew,” Hemsworth said. “That’s when it’s weird and uncomfortable.”

It’s something the two actors have in common. Winslet has also shared how she’s not a big fan of love scenes, either.

Winslet felt sympathy for Hemsworth for having to constantly disrobe on the set of The Dressmaker. On The Graham Norton Show, The Reader star revealed that it was difficult keeping herself together for the shot.

“We struggled to keep a straight face during that scene,” Winslet told Graham Norton (via Evening Standard.) “Poor Liam, for 12 hours straight we kept making him take his clothes off. We didn’t mean to!”

Although Winslet found humor in the situation, the scene made her the envy of her daughter.

“My teenage daughter was furious that I got to be in the same space as him and at that moment. She just made a series of sounds,” Winslet said.

Hemsworth, who anticipated the shirtless scene, confided that he put in a lot of effort to look presentable to his audience.

“I didn’t eat for weeks,” Hemsworth once said according to Huffpost. “Anytime you’re going to come out and take your top off, it’s good to do a couple of pushups … It’s very difficult to come out and just take your clothes off.”

In an interview with People, Winslet revealed that the age difference between her and Hemsworth wasn’t a concern for her at all. However, part of the reason why this was the case was that she had no idea about Hemsworth’s age in the first place.

“It didn’t even occur to me,” Winslet said. “And the funny thing is now that the film is coming out, people are noticing that. I’m like, ‘Oh yeah, I completely, honestly, until today, I didn’t know how old Liam was.”

Winslet doesn’t use the internet, which is why she never thought about the age gap between her and her co-star.

“I don’t Google. I don’t have any social media of any kind at all. He was just Liam Hemsworth playing Teddy. Because the characters were contemporaries when they were younger, to me that was all we were doing,” Winslet revealed.