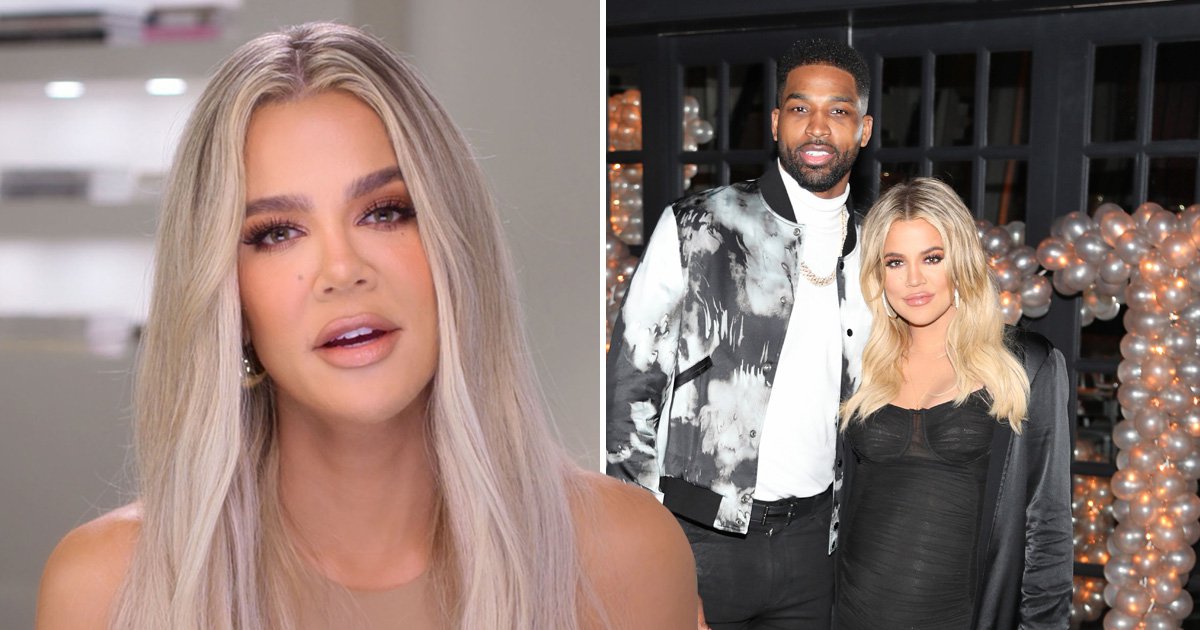 Khloe Kardashian reportedly wants Tristan Thompson to co-parent their new child and doesn’t view herself as a single mother.

The reality star is expecting a baby via surrogate with NBA star Tristan via surrogate, with the news being announced earlier this week.

Khloe confirmed the news via her reps after it was leaked and reported by TMZ on Wednesday, though Tristan has yet to publicly comment.

The baby was conceived in November, before Tristan took a paternity test and was found to have fathered a baby with another woman, and the birth is reported to be ‘imminent’.

His son, Theo, was born to Maralee Nichols in December; he also shares five-year-old son Prince with Jordan Craig.

Khloe and Tristan also share four-year-old daughter True, and Khloe was devastated when a paternity test proved he had fathered a child with another woman.

Despite this, Khloe is said to want Tristan to be involved in their child’s life and to ‘co-parent’ the new arrival as he does with daughter True.

A source told People that Khloe does not view herself as a ‘single mom’ and expects Tristan will be there for her and the child when they need him.

‘Just like they do with True, Khloe will co-parent the baby with Tristan,’ the source said.

They added: ‘Tristan is the dad and Khloe wants him involved as much as possible. He is great with True.’

Elsewhere, a source indicated to E! News that worries for Khloe’s mental health is one of the reasons the Kardashians star kept the pregnancy tightly under wraps.

They said she kept the pregnancy a secret ‘to protect her mental health from judgement from the public as a result of Tristan’s actions.’

As well as this, the source indicated that the pregnancy was kept quiet ‘to protect surrogate privacy and safety.’

A rep for Khloe told Metro.co.uk on Wednesday: ‘We can confirm True will have a sibling who was conceived in November.

‘Khloe is incredibly grateful to the extraordinary surrogate for such a beautiful blessing. We’d like to ask for kindness and privacy so that Khloe can focus on her family.’

Khloe split from Tristan following a cheating scandal, which played out on the famous family’s reality series on Hulu and the pair are not currently together.

The TV show revealed that Khloe only learned of Tristan being unfaithful to her again when the rest of the word did, which she branded ‘an additional slap in my face’.

And in June, Khloe was forced to set the record straight on rumours that she was dating NBA star Tristan again.

She wrote on a Kardashiansfan page that the rumours were ‘definitely NOT true.’

‘Thank you for the nice wishes but I am not seeing a soul. I am focusing on my daughter and myself for a while,’ she said.

Maralee Nichols, 31, revealed in December that she had given birth to a baby boy, Theo, after having an affair with the NBA star while he was still dating Khloe.

He had initially denied that the child was his, but later apologised publicly to Khloe after a paternity test proved he was the father.

Metro.co.uk has reached out to reps for Khloe and Tristan for comment.