Kyrie Irving Pushes Back on Antisemitic Labels After Promoting Movie 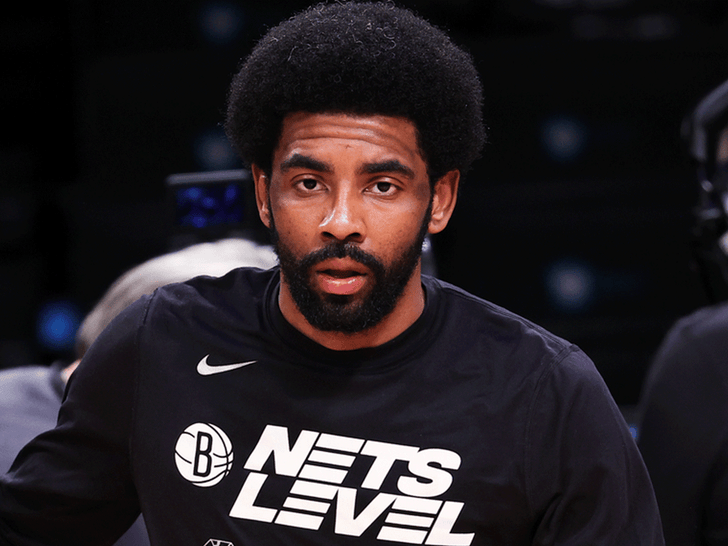 Kyrie Irving is the latest celeb being accused of antisemitism after promoting a movie that some say is full of stereotypes and tropes — but the guy’s saying he’s being misunderstood.

The Nets star got slammed Friday for tweeting a link to a movie called … “Hebrews to Negroes: Wake Up Black America” which is on Amazon. It’s a controversial piece to say the least … leaning into extreme ideology from certain factions of Black Hebrew Israelites.

The whole idea behind this is that Black people actually have Jewish roots themselves — and are, in fact, the “chosen people of God” as opposed to Jews of European descent. Like we said … highly inflammatory, but it’s a train of thought several celebs have embraced in recent years. Kanye West, obviously, but also … Nick Cannon and Ice Cube, to name a few.

Not only does the doc Kyrie promoted discuss this, but it also reportedly spreads conspiracy theories … including the claim that “white Jews,” as it were, perpetuated the slave trade and are, by and large, in control of the media/banking industries … among other accusations.

It’s a lot of the same stuff that got Kanye in trouble … and Kyrie’s been receiving much of the same backlash, so much so that his boss — Nets owner Joe Tsai — said something.

He condemned Kyrie’s tweet as hate-fueled, writing … “I’m disappointed that Kyrie appears to support a film based on a book full of anti-semitic disinformation. I want to sit down and make sure he understands this is hurtful to all of us, and as a man of faith, it is wrong to promote hate based on race, ethnicity or religion.” Joe adds, this is bigger than basketball.

KI defended himself Saturday, saying he meant no disrespect to anyone’s religious beliefs and adding … “the ‘Anti-Semitic’ label that is being pushed on me is not justified and does not reflect the reality or truth I live in everyday.”

No word on whether Kyrie’s tweet is gonna cost him playing time via suspension or another form of punishment. The NBA hasn’t publicly addressed the controversy yet.