Landon Barker is getting real about his mental health and well-being.

Travis Barker‘s 18-year-old son took to Instagram Stories on Wednesday, where he shared with his followers that his mental health has been “really bad” as of late. Or in other words, “ruff.” Alongside a close-up selfie of himself wearing a black turtleneck and some silver jewelry, he wrote:

“My derealization has been really bad and I just wanna come on here I tell everyone your not alone and we are all imperfect in our own ways I love you guys #mentalhealthawareness.” 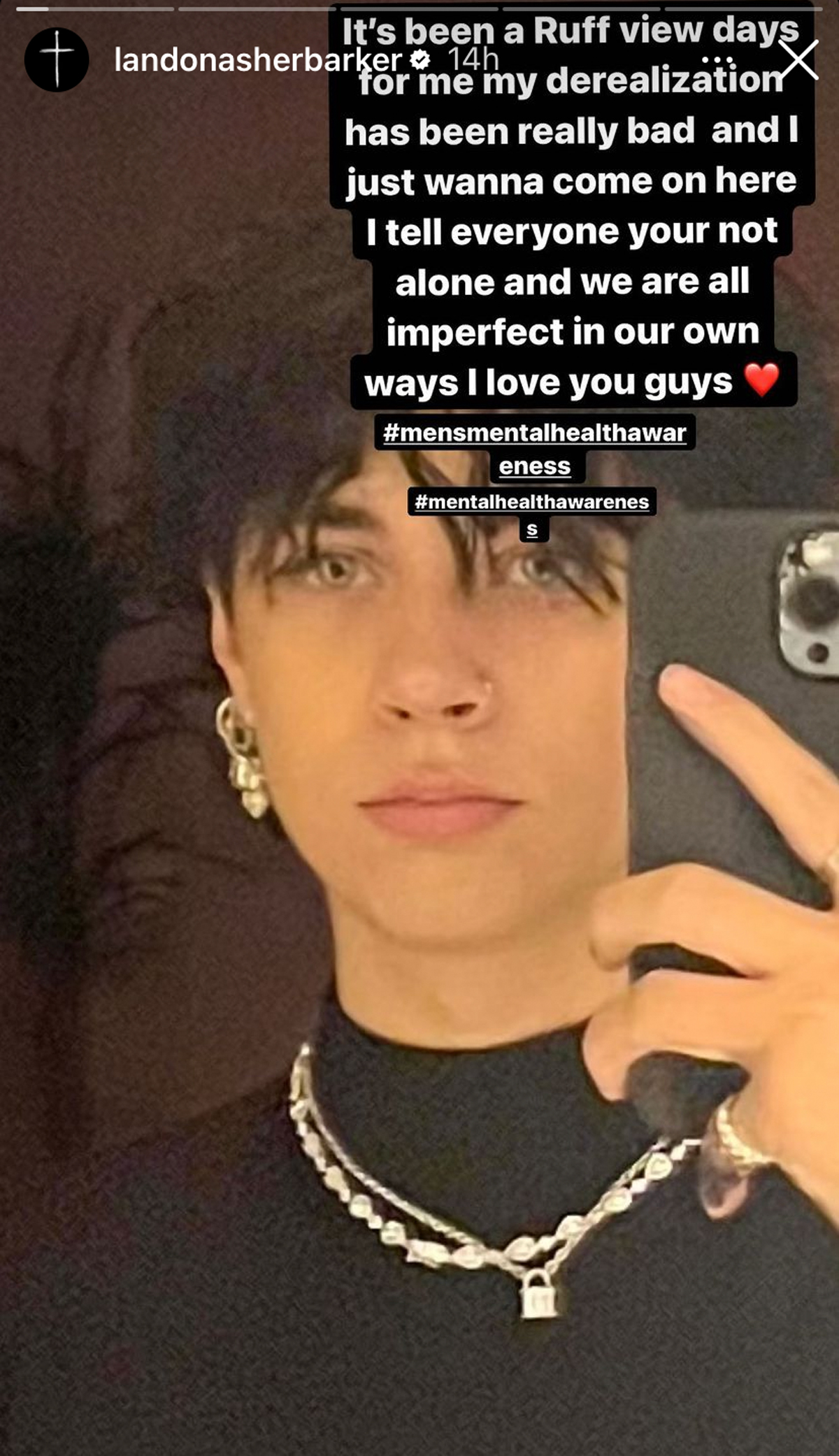 For those unfamiliar, Landon went on to share several info graphics in follow-up slides for fans, including one describing how derealization is a “relatively common” symptom of anxiety, along with several big signs to look out for. It said:

The other graphics also talked about OCD, noting the mental health disorder is not “enjoyable,” but it is an “intrusive and distressing” illness. The teen also included a quote that read:

“YOU get to define who YOU are. No matter what your thoughts or OCD says.”

You can check some of the resources out (below): 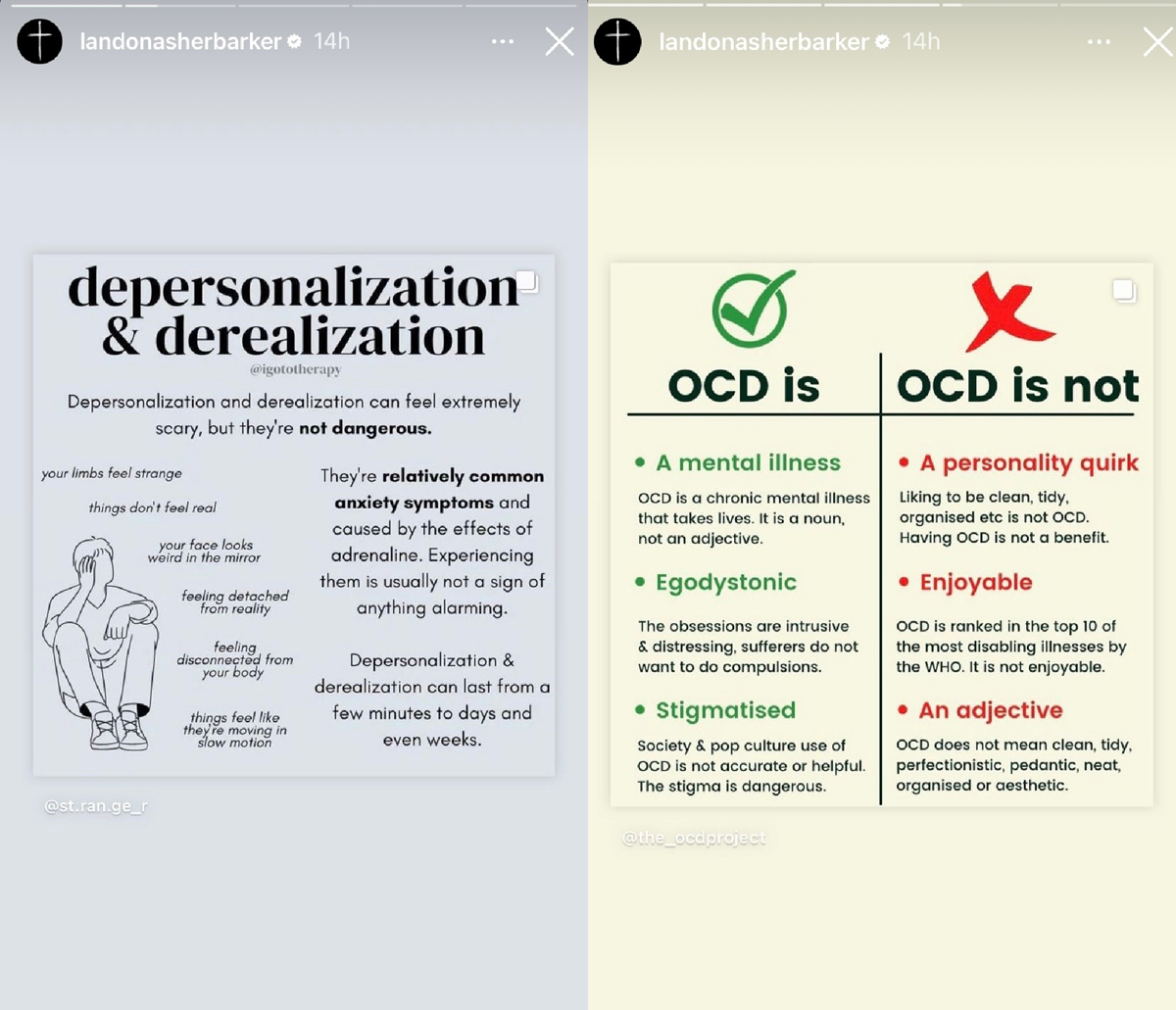 We’re glad to see that Landon is using his platform to speak out about important issues like mental health. No doubt that these graphics could be helpful to someone who is also struggling right now. We’re also sending him light during this tough time.

If you or someone you know is considering suicide, please contact the National Suicide Prevention Lifeline at 1-800-273-TALK (8255).