Earlier this month, the former wife of Scottie Pippen and the son of Michael Jordan were spotted sharing sweet kisses in Miami Beach after they celebrated New Year’s Eve together.

AceShowbiz –Larsa Pippen is enjoying some quality time with Marcus Jordan. The former wife of Scottie Pippen turned to her social media account to post a loved-up selfie with the son of Michael Jordan, but it was met with backlash.

On Friday, January 13, “The Real Housewives of Miami” star posted the said picture on her Instagram Story. In it, she could be seen resting her head against Marcus’ temple. The 48-year-old Bravo star looked fierce while the 32-year-old former college basketballer flashed a smile.

In the image, Larsa could be seen wearing a black tank top that exposed her cleavage and a diamond chain. Meanwhile, Marcus donned a gray knitted top under a jeans jacket. He also sported a black beanie. 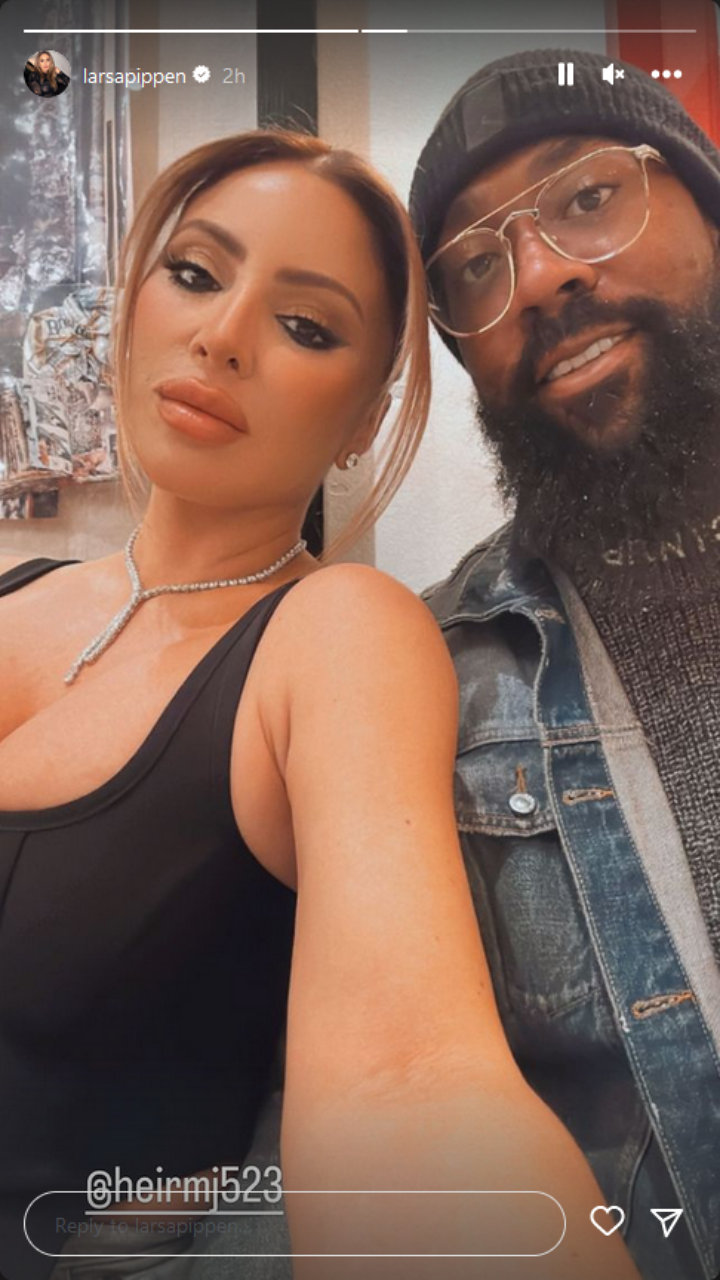 Though the photo was left captionless, it speaks volumes. Fans believed that Larsa confirmed their relationship status with the selfie. However, many said that their 17-year age gap romance “doesn’t look right.”

After the photo was reposted by Hollywood Unlocked, one person commented, “That’s his auntie.” Someone else added, “This don’t even look right,” while a different user remarked, “Just knowing this is Michael Jordan’s son, alone is sending me. She shol’ likes anything that have to do with ball players, that’s for sure.”

“This isnt ok to me. Especially since she knew him as a child. He is in his 30s now so maybe thats why it’s public. Like was this a thing when he was younger that they hid? So many questions. Its predatory to me,” another opined. A separate person chimed in, “Didn’t she know him when he was a child while married to his dad’s teammate?”

Prior to this, Larsa and Marcus were spotted kissing in Miami Beach. On January 7, the pair seemed to pay no mind to onlookers as the Bravolebrity planted sweet smooches on her man’s lips. In the meantime, the son of the NBA legend wrapped his arm around her shoulder.

Larsa and Marcus first sparked rumors that they’re dating in September last year. They spent so much time together and even celebrated New Year’s Eve together. They had dinner at Papi Steak and a romantic cruise.

Despite so, both Larsa and Marcus had vehemently denied rumors that they’re dating. Larsa told Andy Cohen on “Watch What Happens Live” that her relationship with Marcus is strictly platonic and that her family and Marcus’ family “were not” really close and intertwined.