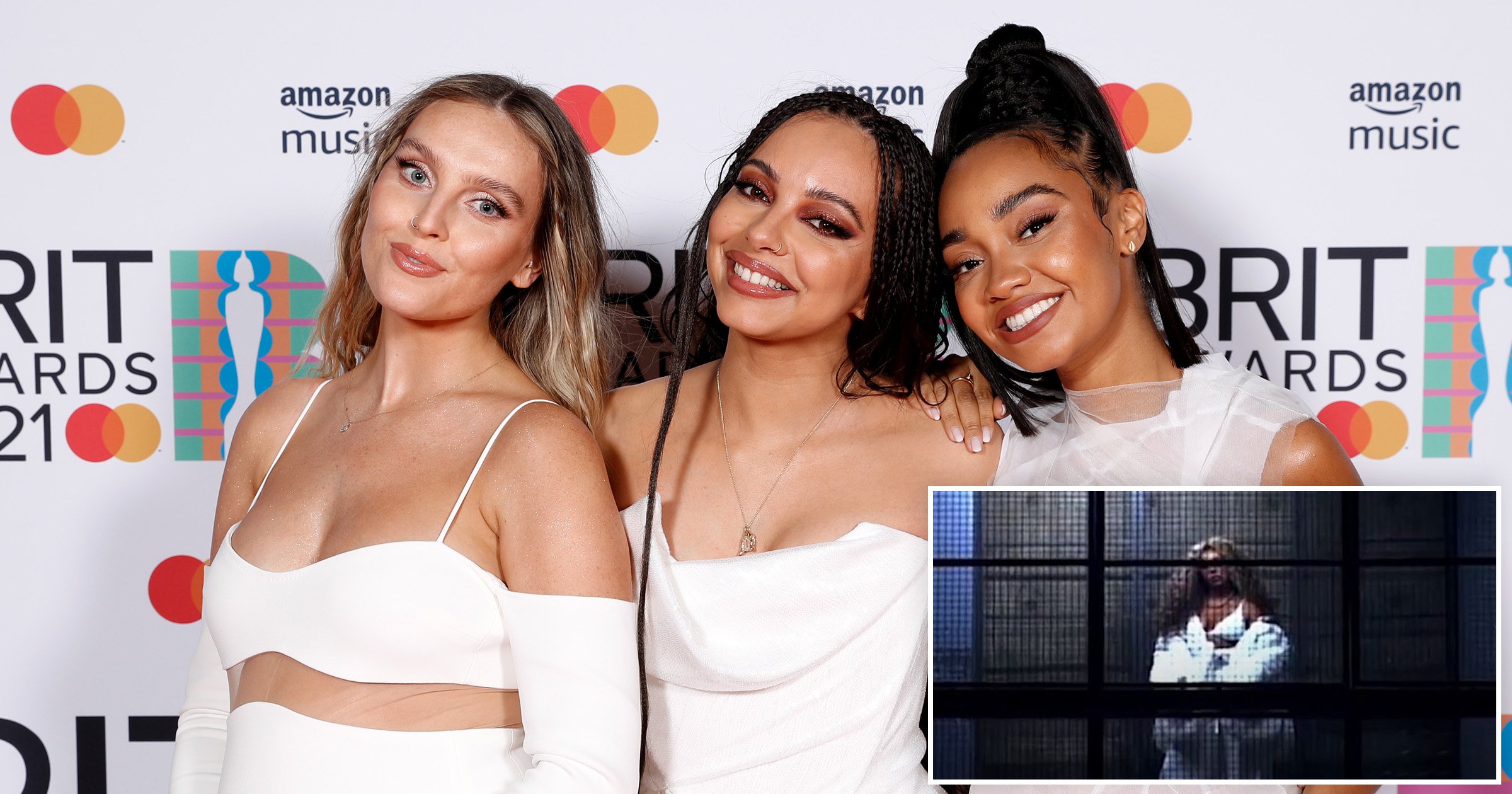 Little Mix fans have been left concerned as speculation between them mounts that Jesy Nelson will release her first solo album on the 10th anniversary of her former band.

Jesy, 30, and her former bandmates Leigh-Anne Pinnock, 29, Perrie Edwards and Jade Thirlwall, both 28, formed on The X Factor in 2011, with Jesy leaving the group in December last year.

The now solo star announced her ‘next chapter’ on Thursday, teasing new music in a video shared to social media that gave viewers a glimpse behind the scenes of the glamorous life of a pop star.

In the clip Jesy can be seen on the set of a photo shoot and in the recording studio, with Jesy saying: ‘This is the new chapter for me.

‘If you genuinely believe something enough and you want it to happen, you can make it happen. You can manifest it.’

And while many of Jesy’s 8.2million followers were delighted with Jesy sharing the clip online after she deleted all of her previous Instagram posts, others thought she may be releasing her new material around the date that Little Mix formed, August 19.

‘If the label that Jesy is signed to has let her decide what date to release her solo single and she picks the date of the tenth anniversary of Little Mix then she doesn’t deserve any spotlight,’ wrote one person.

Another person tweeted: ‘I swear to god, if Jesy releases new music on Little Mix’s 10 year anniversary and takes the spotlight away from them I’m gonna lose my mind.’

While Jesy has teased that fans won’t expect her solo style, there have been reports that her music could be similar to that of her former band.

A source suggested to The Sun that Jesy’s new music could be divisive due to ‘a song and an image that could have been taken from the Little Mix playbook’, and said: ‘Jesy’s new video shoot could have been a Little Mix single, it’s packed with choreography and the style is very similar too.

‘Her new label wanted to strike while the iron is hot, but the other girls are just going to wonder why on earth she had to quit the band if she was going to come back a matter of months later with a style that looks almost identical.’