Premier League title race, LIVE -Liverpool vs Wolves and Brighton vs Manchester City: Latest score and updates from final game of the season

Manchester City and Liverpool’s final Premier League games of the season get under way this afternoon as their long and gruelling title race comes to an end.

Pep Guardiola’s men take a trip to Brighton as they look to finish on a win to be the first team to retain the title since Manchester United in 2008/09.

Jurgen Klopp’s side will require Man City to lose or draw their last game with a win at Anfield against Wolves vital to finish above City to see Reds win their first title since 1989/90.

Sportsmail’s Adam Shergold will provide you live Premier League coverage of Brighton vs Manchester City and Liverpool vs Wolves including score, lineups and build-up plus title celebrations.

Pep betrays no title nerves: ‘I am sleeping like a little boy’

Joe Bernstein: A relaxed Pep Guardiola insists he is sleeping soundly amidst the most thrilling season on record as Manchester City bid to become the first English club to win the domestic Treble.

Guardiola will lift the Premier League again with a win at Brighton on Sunday and can then complete a unique trophy hat-trick in next Saturday’s FA Cup Final against Watford – something that eluded legendary managers Bob Paisley, Sir Alex Ferguson, Arsene Wenger and Jose Mourinho.

They have already captured the Carabao Cup, beating Chelsea on penalties at Wembley. 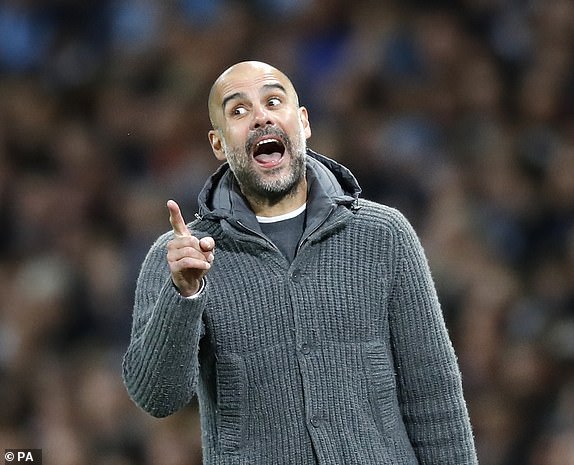 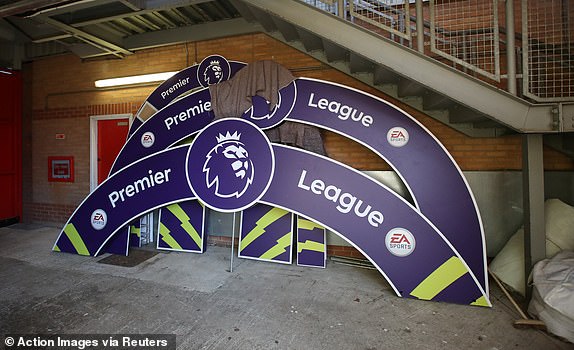 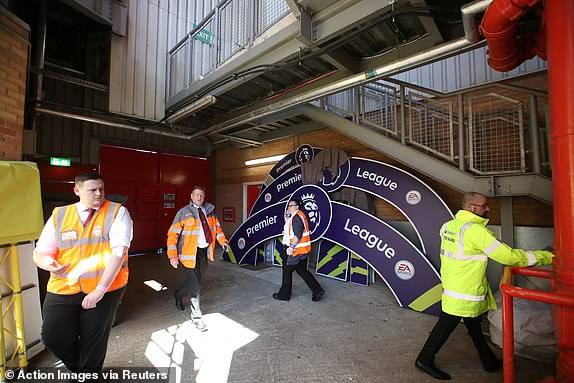 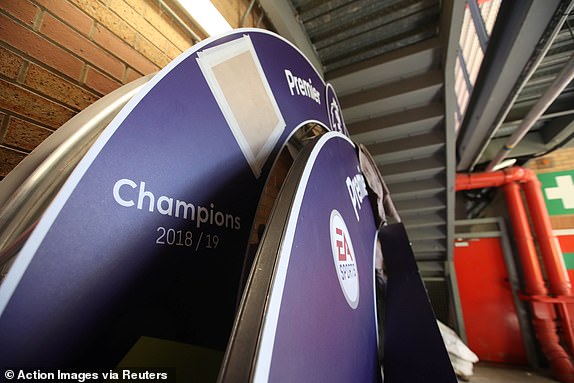 Van Dijk is the Premier League’s Player of the Season

Liverpool defender Virgil van Dijk has won another award for his outstanding season after being crowned the Premier League’s Player of the Season.

The Holland international has been Liverpool’s key player in their Premier League title charge throughout the 2018-19 campaign.

Van Dijk has played every Premier League match for Liverpool this season, missing only 35 minutes of the season so far and, alongside goalkeeper Alisson, has transformed Liverpool’s defence. 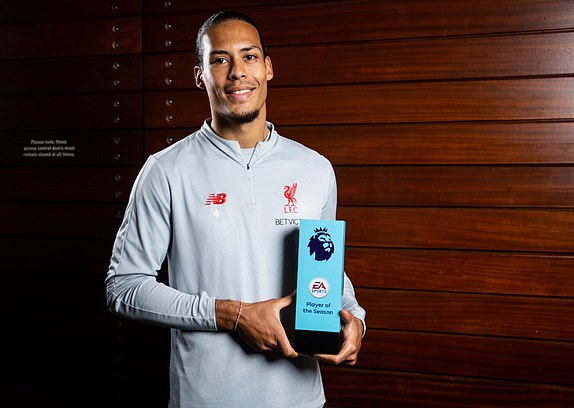 Liverpool have won six of their nine Premier League meetings with Wolves (D2 L1), including each of the last four in a row. They’ve kept six clean sheets in those nine games, conceding just once in each of the other three.

Wolves have won two of their last three away games against Liverpool in all competitions (L1), more than they had in their previous 24 at Anfield (W1 D3 L20).

Wolves have already beaten Chelsea, Tottenham, Arsenal and Manchester United in the Premier League this season. Only two teams to finish lower than sixth have beaten as many as five of the sides to finish in the top six in a single Premier League campaign – Southampton in 1997-98 and West Ham in 2015-16.

Liverpool could remain unbeaten at home in a top-flight campaign for the eighth different time, and for the first time in consecutive seasons since the 1978-79/1979-80 campaigns.

Wolves’ points tally of 57 in the Premier League this season is the most by a newly-promoted side since Ipswich Town won 66 points and finished 5th in the 2000-01 season.

Liverpool’s Sadio Mane has scored more home goals than any other player in the Premier League this season (16).

Liverpool full-backs Trent Alexander-Arnold (12) and Andrew Robertson (11) have been involved in more Premier League goals than any other defenders this season. Meanwhile, Wolves’ Matt Doherty sits joint-third in this list with nine (4 goals, 5 assists). 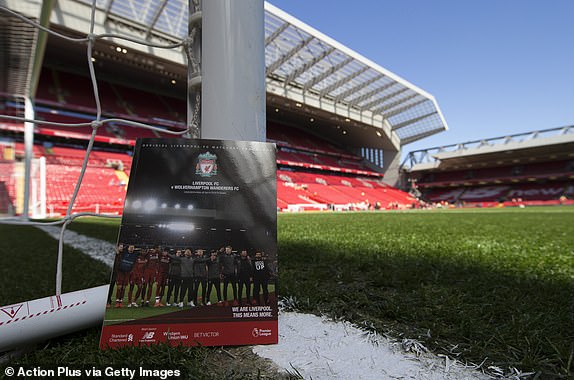 Manchester City travel to Brighton on Sunday, and if they win, they will be crowned Premier League champions for the second year in a row.

Most City fans will also be keeping an eye on the Liverpool score. It’s out of their hands, but if City slip up then Liverpool can snatch the title from them.

However, the Manchester City staff will not be allowed to keep tabs on their rivals, under orders from manager Pep Guardiola. 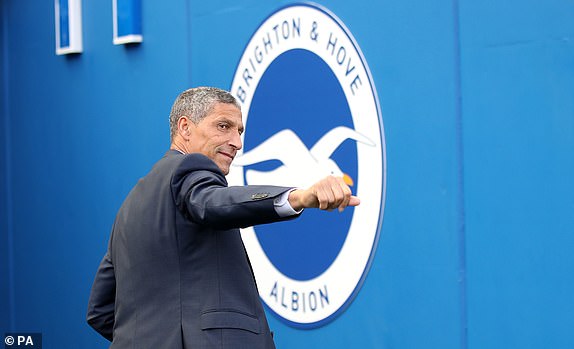 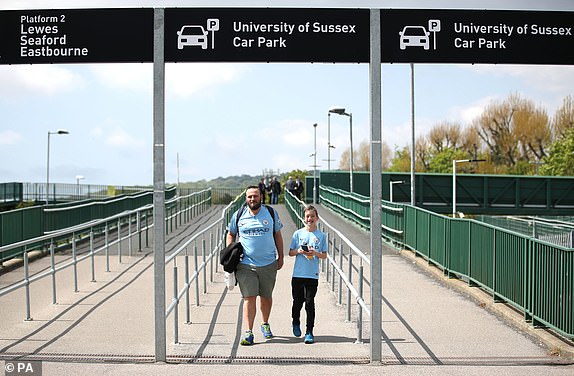 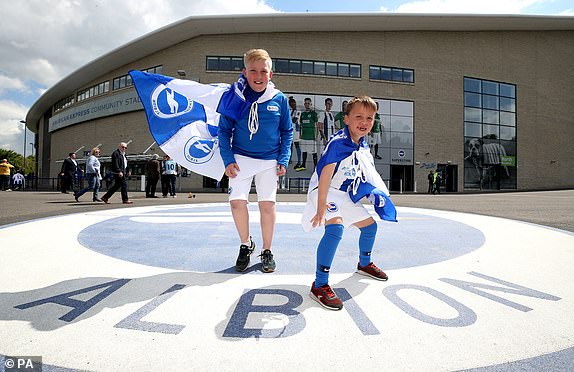 You might be wondering, with the title race still in the balance, where the genuine Premier League trophy will be today.

Well, it certainly won’t be in a helicopter hovering somewhere over the Midlands as has happened in some previous last day deciders.

The real trophy will be at the Amex Stadium because Manchester City start the afternoon top and are the favourites to lift it come 5pm.

But there will be a replica of the trophy on standby at Anfield in case it’s Liverpool lifting it. They’ll get the real thing with red ribbons on it at a later point.

Not that Liverpool will mind in the slightest if they end their 29-year wait for the championship.

Alexander-Arnold: It will ‘hurt massively’ to miss out on title

Joe Bernstein: Liverpool’s local hero Trent Alexander-Arnold admits it will ‘hurt massively’ if the team fall agonisingly short of their first league title since 1990 — despite also having the Champions League final to look forward to.

It’s been Liverpool’s misfortune to come up against Pep Guardiola’s great Manchester City team when their current tally of 94 points would already have been enough to be champions in a normal season.

Jurgen Klopp’s men are bidding for a ninth League win in a row against Wolves on Sunday afternoon at Anfield knowing even that won’t be enough should City keep their one-point advantage by winning away to Brighton. 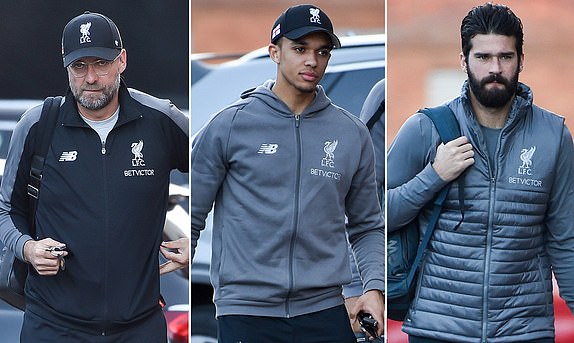 Title or not, Liverpool set to earn more Premier League cash than City

Nick Harris: Liverpool will earn more Premier League prize cash this season than Manchester City — whether or not Jurgen Klopp’s side win the title on Sunday.

And the worst value for money club this season, based on the amount they pay their players in wages, has been Manchester United: every league point they accumulated this season cost nearly £100,000.

Liverpool are in line to earn the most because they have been more popular with broadcasters than City. 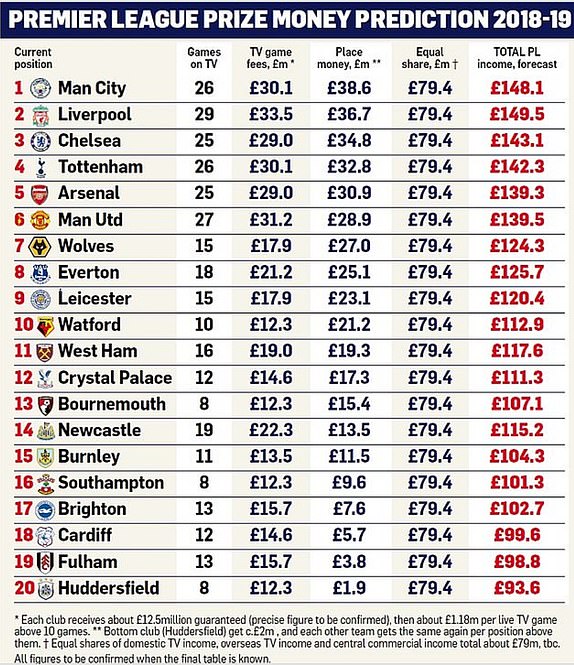 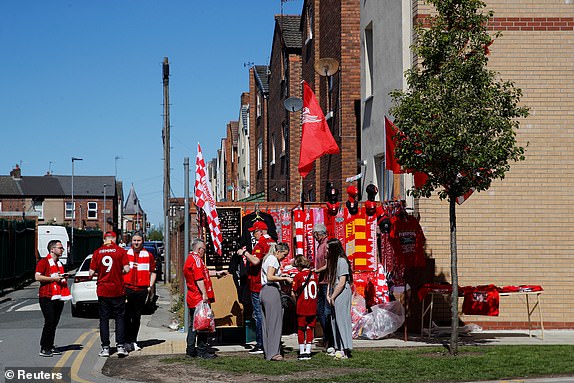 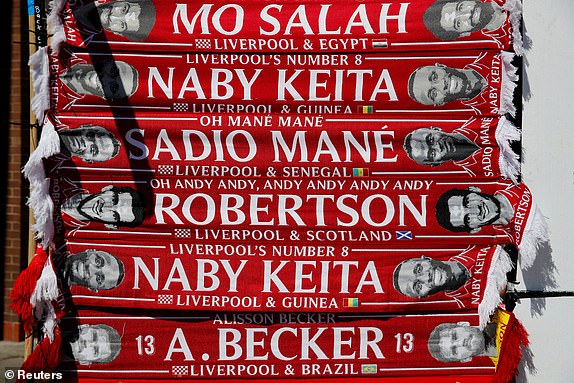 There is a full programme of fixtures this afternoon as the Premier League reaches its conclusion. With relegation matters already determined and the top four pretty much the same, it’s all eyes on the title race. 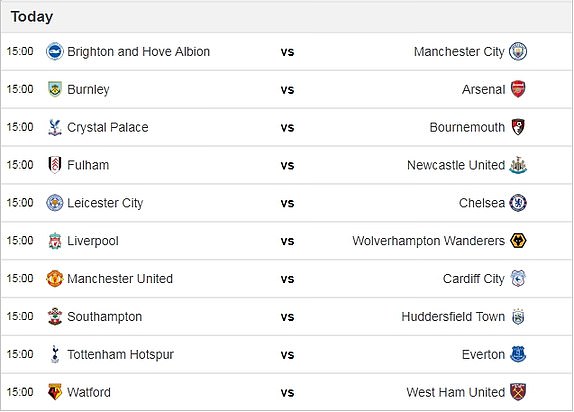 The equation is pretty simple really – Man City win and they are champions. If they draw or lose, Liverpool can snatch the title off them if they beat Wolves.

Nine months, 37 matches, countless twists and turns, a constantly changing leadership… and still we do not know whether Liverpool or Manchester City will be Premier League champion.

It all boils down to this, a final afternoon in which both teams will play simultaneously and drama is guaranteed.

Manchester City are in the box seat. They start the final afternoon leading the Premier League and a single precious point above Liverpool.

They have travelled to the south coast to take on Brighton at the Amex Stadium knowing that victory will see them retain the title.

Liverpool must hope that Brighton can somehow do them a favour, as well as defeating Wolves at Anfield. If Liverpool take an early lead to ramp up the pressure, then who knows?

And after one of the most extraordinary weeks we’ve seen in football, anything is possible.

Welcome along to our live coverage of judgement day in the Premier League. 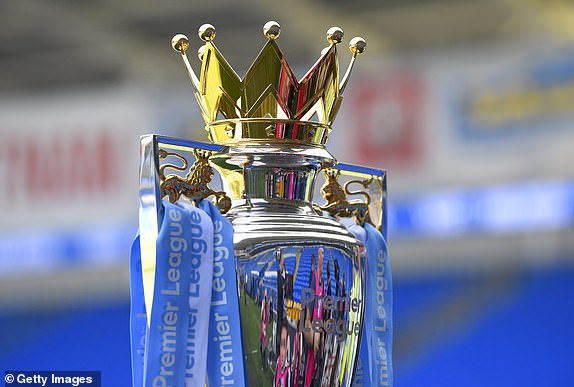