Madison LeCroy. Jennifer Lopez. Alex Rodriguez. What the Heck is Going On?!? 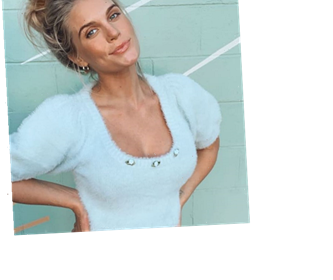 The news shot around the Internet on Friday, like a line drive off the bat of Alex Rodriguez during his playing days:

Jennifer Lopez had broken up with the former steroid-injecting slugger.

And, according to multiple reports and even one of the parties involved, the person responsible for this split was none other than…

For starters, LeCroy is a cast member on the Bravo reality show Southern Charm.

She made her debut on Southern Charm during season 6, which aired in 2019, after she began a relationship with star Austen Kroll.

But then: LeCroy and Kroll ended their relatioonship amid very ugly and vicious cheating rumors — including the allegation that LeCroy had flown down to Miami to sleep with a famous, ex-professional athlete.

At the Southern Charm reunion earlier the year, Craig Conover alleged that Madison broke quarantine last year to touch down in Miami and bone a married MLB player.

Now, granted, Rodriguez is not married.

But he’s been engaged to Lopez for two years and has been ALL OVER her in public any time they have appeared together; so it would be an easy mistake for one to make.

LeCroy denied ever having flown to Florida, but then came clean about her connection to A-Rod.

And there most definitely is a connection.

“He’s never physically cheated on his fiancée with me,” LeCroy previously said to Page Six, using very specific language and claiming she has “talked to him randomly, but not consistently.”

She added that the friendship was “innocent,” but, uhhh, pardon you, Madison?!?

At the very least, this quote from LeCroy herself hints at an emotional affair.

Beyond that, it causes any astute observer to wonder whether the two masturbated or something on FaceTime calls with each other.

Heck, even Southern Charm co-star John Pringle openly wondered on the reunion special  if j–king off on FaceTime would be considered “cheating.”

It’s a question we never thought we’d need to ask. But here we are.

Insiders now say that LeCroy has signed a non-disclosure agreement.

So she can’t spill any Alex Rodriguez-related tea beyond what she’s already spilled.

Reached by Page Six while leaving her place of work in Charleston over the weekend, LeCroy responded to the Lopez-Rodriguez breakup news by simply saying:

“You kind of caught me off guard.”

LeCroy had told Andy Cohen last month that a then-unnamed mystery athlete “contacted me, and yes, we DM’ed, but other than that there was nothing … I’ve never seen him [or] touched him.”

Rodiguez’s camp later shot down the rumors, telling the The New York Post:

“He doesn’t know this woman.”

HOWEVER, a source told Page Six just this past Friday:

“The Madison LeCroy scandal was the reason they finally broke up. There were already problems, but Jennifer was really embarrassed by it.”

Are Lopez and Rodriguez really over, though? Is the engagement really off?

By Saturday morning, after the bombshell report went viral Rodriguez and Lopez released a vague statement that read as follows:

“All the reports are inaccurate. We are working through some things.”

Asked about his relationship with Lopez as he arrived at the venue, the disgraced third basement told photographers “I’m not single,” as seen in footage obtained by TMZ.

So… where does this leave the sordid story?

We honestly have no idea.

We’d say that A-Rod is a total fool for risking his future with J. Lo just to tug one out on a call with Madison LeCroy.

But this is a man who was caught lying about steroid use on multiple occasions and who once screamed at an infielder he was running past to try and make him drop a pop-up.

Our point is this:

A-Rod has often proven himself to be a fool.