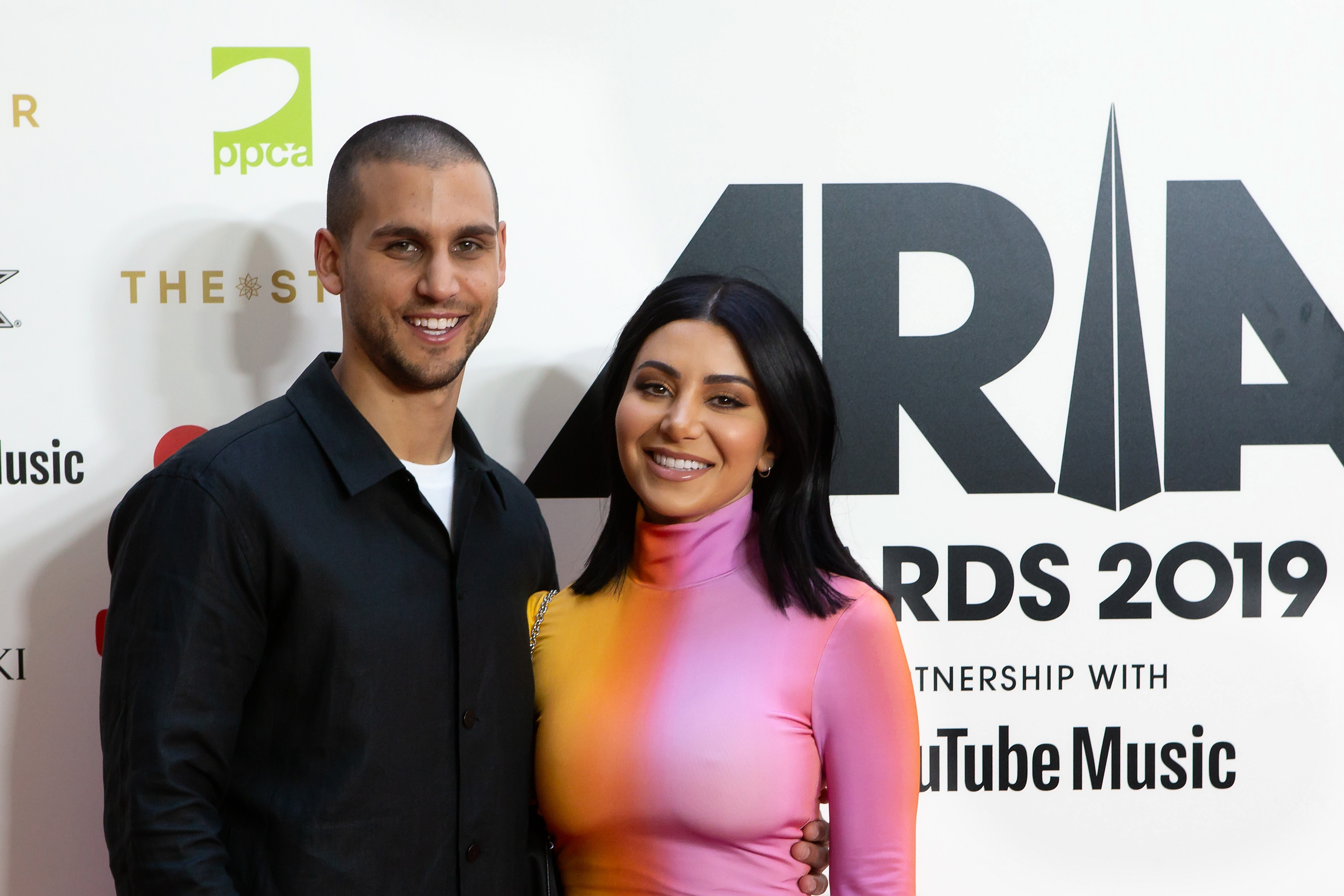 The couple famously met while taking part on MAFS AU season six, in 2018, and have been inseparable ever since.

Despite appearing to tie the knot on the dating series, which aired in 2019, their marriage wasn’t legally binding, meaning they have to walk down the aisle once more.

Taking to Instagram, Martha, 33, shared a sweet snap to officially confirm their engagement.

Alongside a snap of herself and her new fiancé cuddling in bed together – while showing off her engagement ring – she simply wrote: ‘Mrs B.’

Right on cue, fans and famous pals flooded her post with congratulatory messages.

MAFS co-star Jessika Power – who is set to star on Celebs Go Dating – was among the first to share her love for the happy couple.

‘Congratulations,’ she simply replied, alongside a heart-eye emoji.

As Shayna Blaze, who appeared on The Celebrity Apprentice with the bride, added: ‘About time 😘😘😘😘.’

Michael, 30, shared the same photo on his own page, along with the same caption.

The lovebirds met on their ‘wedding day’ while taking part on the Australian version of the dating show, which was filmed in 2018 and aired in the UK last year.

They hit some rocky patches throughout their time in the experiment, but stuck it out and ended the show together.

Martha recently hit back at constant speculation on when they will be walking down the aisle, branding questions over their romance ‘inappropriate’.

During a Q&A session in April, one asked: ‘Are you bored of people asking when you are getting married and having kids?’

Slamming the queries, the influencer replied: ‘I think it’s really inappropriate unless you are really close to the person.

‘You just never really know what others are going through. Especially when it comes to asking about starting a family.’