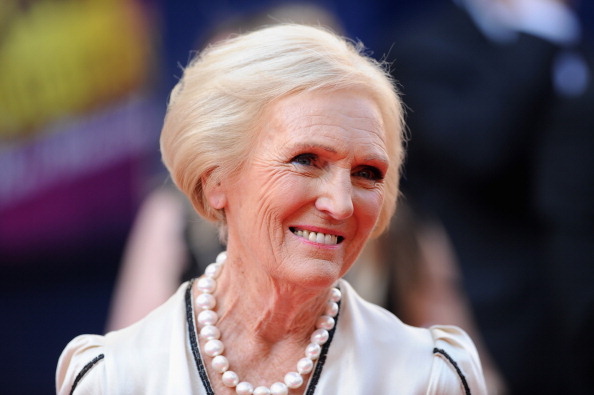 Dame Mary Berry has revealed she had to wait over three hours for an ambulance to arrive after she broke her hip, insisting that she was ‘perfectly happy’ waiting for the medical team.

In August this year, Mary, 86, spent 10 days in hospital after breaking her hip, having tripped over in her garden.

The former Great British Bake Off judge had been picking sweet peas in her garden at the time when she tripped over some bricks, calling to her husband Paul for help.

While Paul didn’t answer her at first, as he was watching a cricket match, her son-in-law Dan came to her aid, immediately saying that he was going to call an ambulance.

‘He saw me and said, “I’ll get an ambulance.” I said, “Oh, no, I’m fine,” but he overruled me,’ Mary told the Daily Mail’s Weekend magazine.

The chef explained that when Dan called for an ambulance, he was told that they were extremely busy responding to calls.

‘He rang for the ambulance and they said, “We’re very, very busy.” It was Sunday afternoon and there were lots of football injuries and whatever,’ she recalled.

‘We waited for three-and-a-half hours, until 6pm, and quite right too! I was perfectly happy.’

Mary speculated that ‘there may have been a road accident’, adding: ‘I quite understood that they were busy and Dan was caring for me. He kept me chatting.’

When the ambulance eventually arrived, Mary said that her husband was shocked to see her head off to hospital.

‘They took me to the Royal Berkshire Hospital and they were so good at explaining. One foot was turning out and they said I’d broken my hip,’ she said.

Mary, who said the doctors at the hospital were ‘lovely’, underwent surgery the following morning, which involved her old hip being repaired, rather than replaced.

When the food writer was 13 years old, she contracted polio, which resulted in her staying in hospital for three months.

In January this year, she urged people to have the Covid-19 vaccine, outlining how ‘almost the whole world’ is vaccinated against polio.

‘If you’re in a hospital like I was, with people in callipers, people in pain, people who weren’t going to get better – I think everyone should take the vaccine, not query it, and think of others,’ she told Radio Times.