Megan Fox and Machine Gun Kelly haven’t been shy about sharing their love with the world.

Fox recently revealed on social media the animal she thinks her boyfriend most strongly resembles. Here’s what she said and how MGK reacted.

MGK and Fox got to know each other in the spring of 2020 on the set of the movie Midnight in the Switchgrass. At the time, Fox was married to actor Brian Austin Green, with whom she shares three children. Kelly was dating someone else, and he has a daughter from a previous relationship.

After meeting, the two separated from their respective partners and quickly started seeing each other. Since then, they have been practically inseparable, and they are constantly making headlines for their public appearances and comments about one another on social media.

Fox has referred to Kelly as her “twin flame” and said that their relationship is “handled for us by our ancestors and the spirits and energies that are watching over us.”

On Thursday, Oct. 14, Megan Fox posted snippets from a Q&A she and MGK did for GQ on Instagram. In the third slide, Machine Gun Kelly read his question for Fox aloud.

“If I was an animal, what animal would I be?” Kelly read. The couple instantly started saying “yes” and “no” over each other repeatedly. “Hold on, I got tricked into reading that question,” said Kelly with a smile.

“And do you remember how you wanted them to show the photo of me as April O’Neil on the trampoline?” Fox asked her lover over his protests. “Let’s cut to this photo. You’re gonna do a split-screen. Get ready.”

“You can literally Google any Machine gun Kelly photo, and then if you also Google any meerkat photo, and you split-screen those, you cannot tell the difference. Do that right now,” Fox recommended. 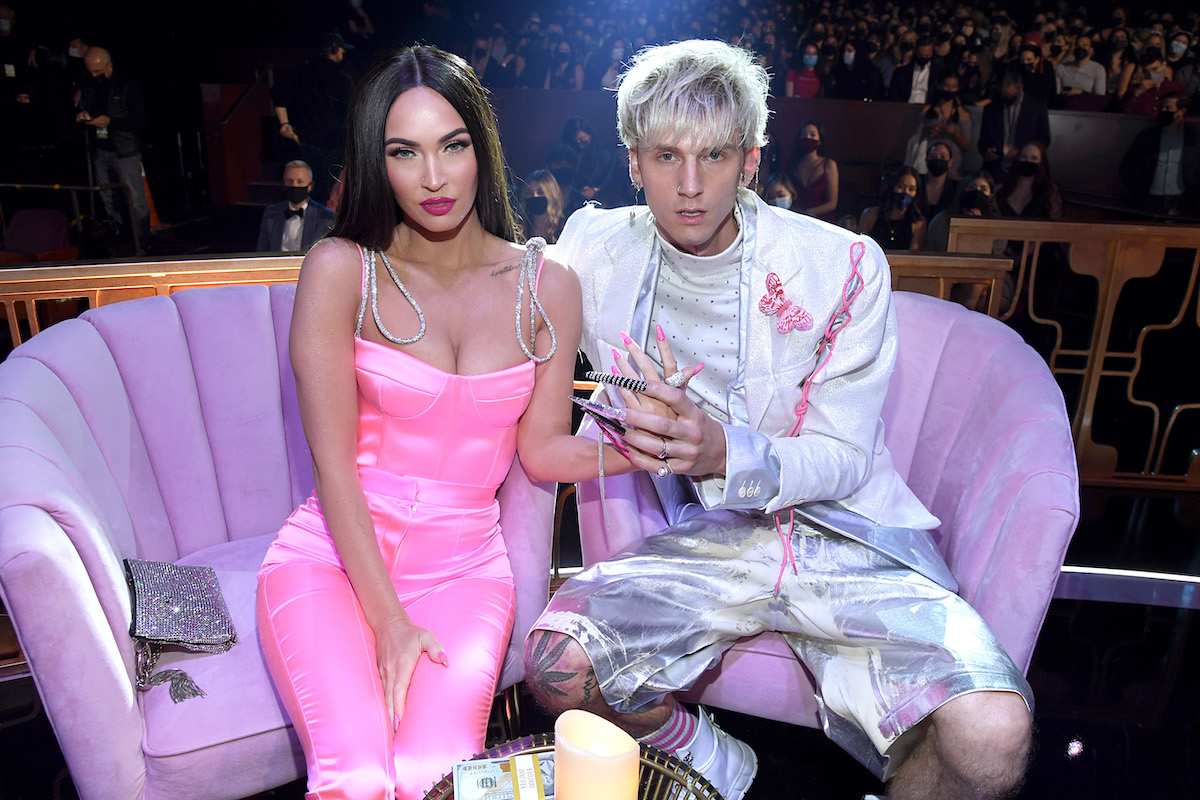 Although Kelly didn’t seem to appreciate being compared to a meerkat, he took the dig in stride, laughing with Fox throughout the Q&A.

A minor insult couldn’t break the couple, who seem to be only deepening their commitment to one another.

Their most recent display of eternal love was getting matching tattoos. But they didn’t just get the same design on their bodies. They took control of the tattoo gun and drew the ink on each other.

The words the couple scrawled on each other in permanent ink read, “The darkest fairytale.” According to Fox (per British GQ), the phrase “alludes back to one of the first text messages we ever sent each other.”

Fox inked Kelly on his pelvis, but it’s unknown where the rapper put the matching tattoo on her body.

For their next tattoos, perhaps Fox will get a meerkat, and Kelly could get a fox to match.