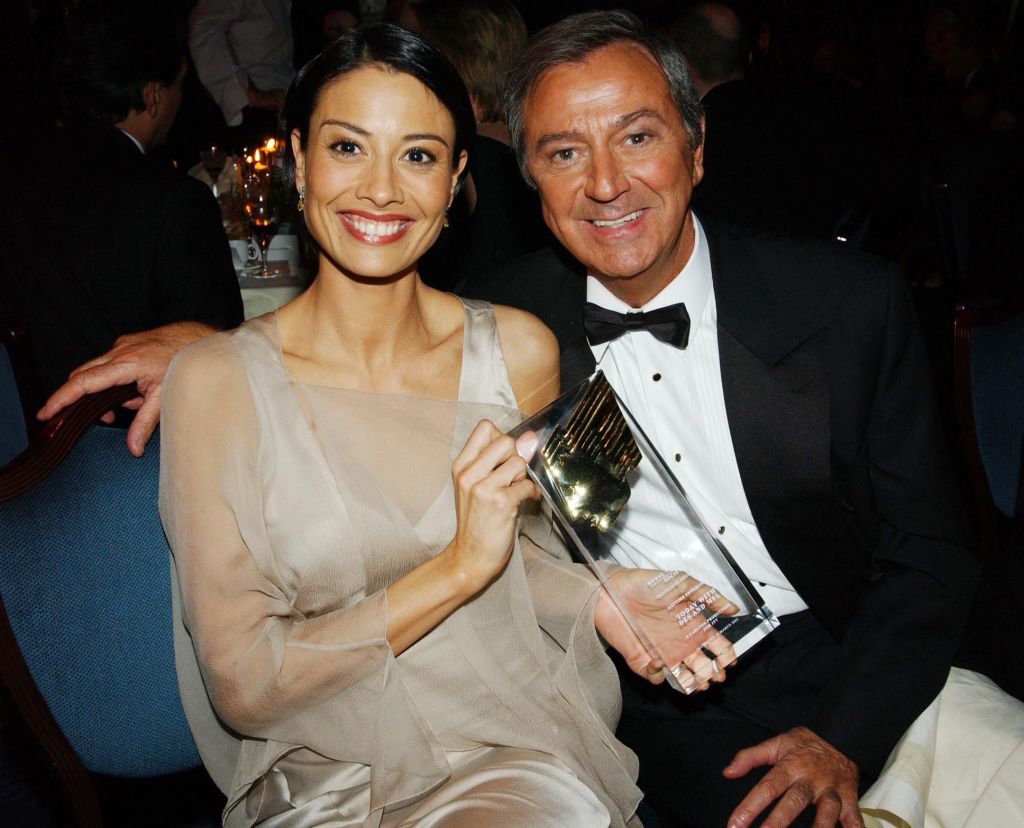 Mel Sykes sent love to her long-time friend and former colleague Des O’Connor’s daughter as she marked what would have been her dad’s 90th birthday.

Karen, Des’s daughter from his first marriage to Phyllis Gill, took to Twitter to fondly remember her father on his birthday on Wednesday, revealing that she’s help him set up his account on the social media site, with her father ‘thrilled to discover another way to interact with an audience’.

From his official @DesOConnorCBE account, she wrote: ‘Des’ youngest daughter here. Today would have been Dad’s 90th birthday. I helped him set up this account some time ago.’

Revealing how she helped him out on Twitter, she continued: ‘I used to pop over to his place and read out any messages tweeted to him and he’d dictate, from his armchair, exactly what he wanted to respond.’

Recalling how much he enjoyed social media, she added: ‘New to the web, Dad was thrilled to discover another way to interact with an audience. “Read another one”.

‘Our Twitter trawls became a routine and often led to fits of giggles. Happy Birthday Dad.’

Mel revealed to Hello! magazine: ‘During lockdown I enjoyed not having to go out and socialise, to brave corporate events, shake hands and be pulled in for a kiss by complete strangers.

‘I’ve always been uncomfortable in crowds or being touched by people I don’t know.

‘My sensitivities are now completely validated because I’m autistic.’