Each year A-list celebs flood the famous New York city museum in a bid to outdo each other with their statement looks.

Assigned by Vogue Editor-In-Chief Anna Wintour, the theme at this year’s Met Gala was “Camp”.

With diamonds and feathers galore, the stars interpreted the brief in their own individual ways.

While everyone made a special effort, a few attendees stood out more than others as they strutted their stuff up the iconic Met staircase.

The 34-year-old pop sensation quite literally lit up the room with her red carpet look.

Working a silver dress that was decked out with tiny lights, Katy Perry seemed to get her wardrobe inspiration from a chandelier.

Complete with a matching candlestick hat, the entire gown lit up as she paraded through the crowds.

The dress was decorated with glittering gemstones and featured a swish choker necklace.

Hanging from her neck, the statement light fixture swayed as she moved. 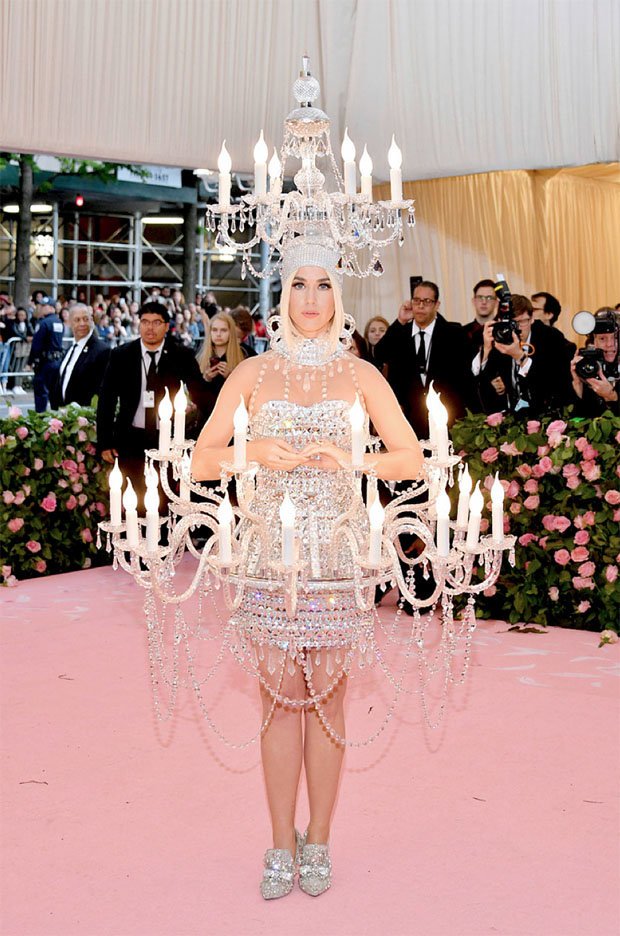 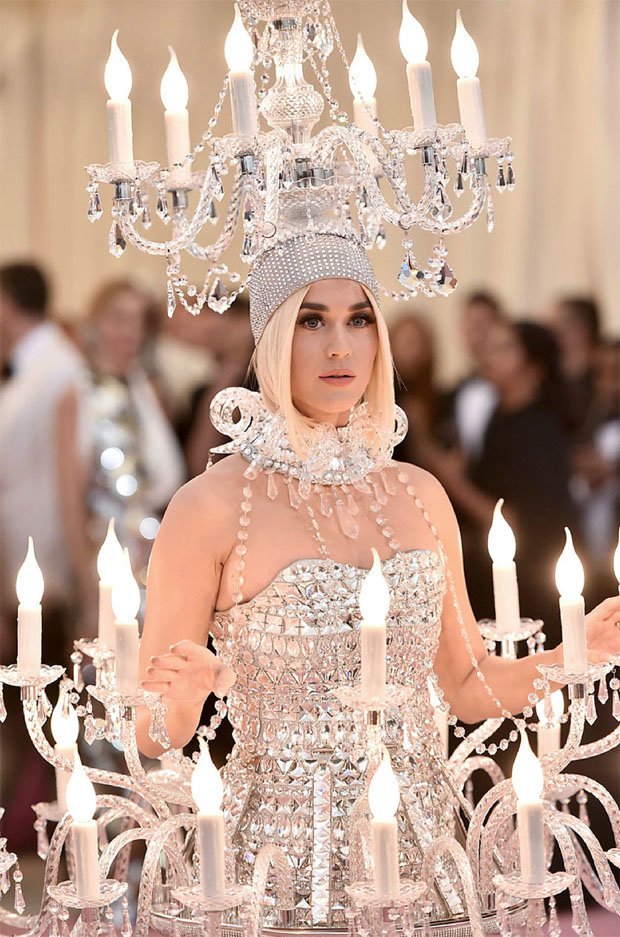 Performer and pop singer Billy Porter certainly knows how to make an entrance as he made clear by arriving at the Met Gala on a throne.

Wearing a gold outfit worthy of an Egyptian pharaoh, the 49-year-old lay on a black velvet plinth.

Once he had descended the throne, Billy spread his arms out to show off a pair of huge golden wings.

Covered in shimmery fringing, the show-stopping outfit was topped off with a royal headpiece and matching gold boots. 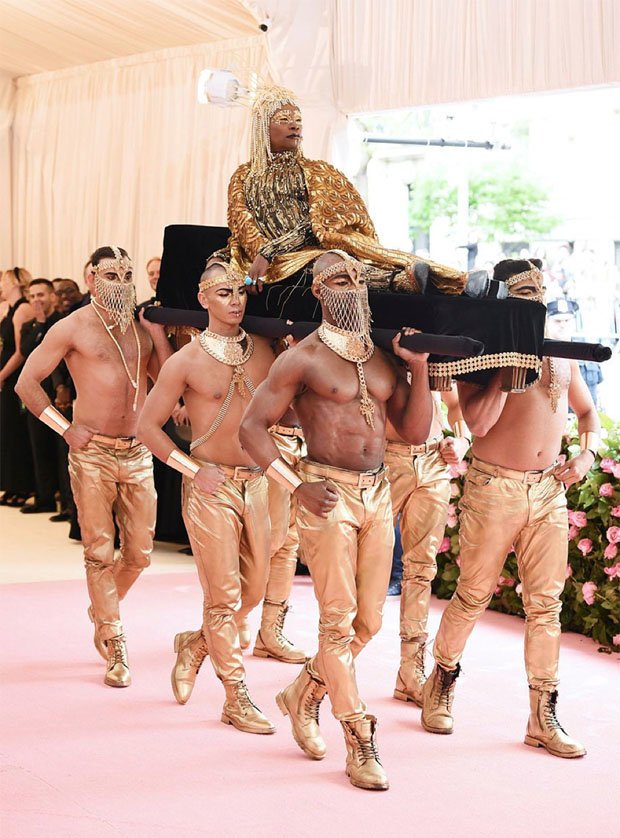 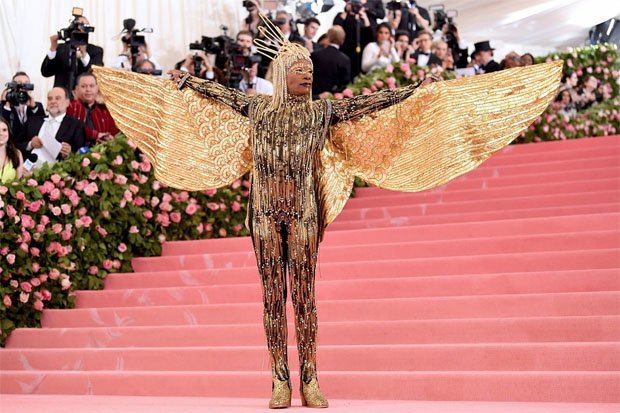 Actor Jared Leto gave fellow guests a fright when he rocked up to the red carpet ‘do, as he had accessorised his look with an unusual prop.

In one arm, the 47-year-old carried a weird and wonderful model of his own head.

Striking a few poses for the camera, he gazed into the eyes of a plastic skull.

Wrapped in thick strings of diamonds, his high-necked red gown flowed to the floor.

Dressed head-to-toe in Gucci, the Hollywood A-lister was copying the famous Gucci fashion show where the models carried heads down the runway. 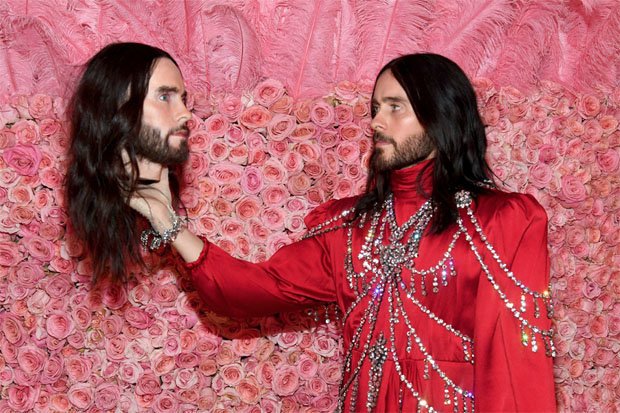 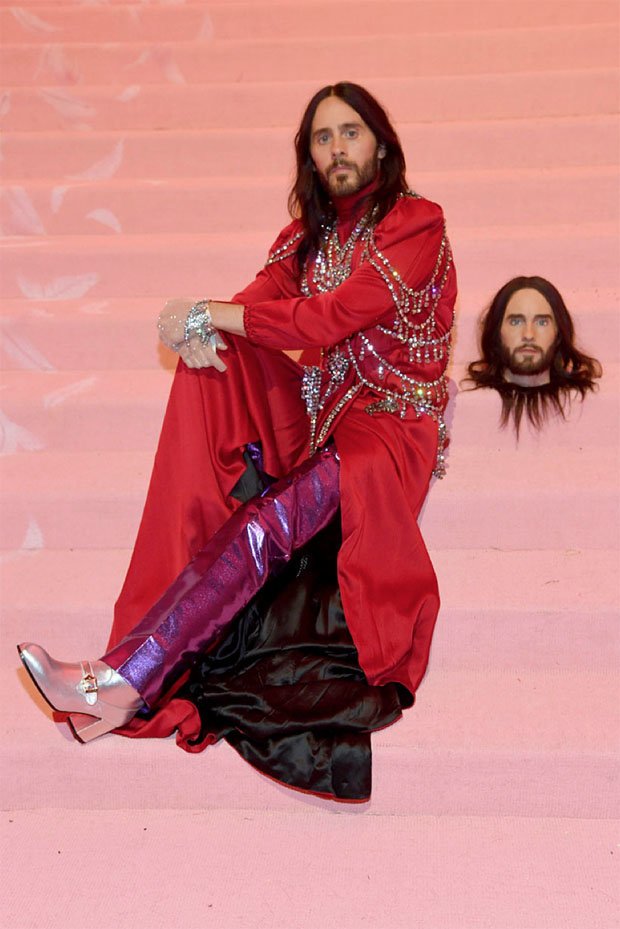 The supermodel was barely recognisable on the red carpet at this year’s Gala, as she rocked up in an entirely silver ensemble.

Made up of a matching metallic jumpsuit, overcoat and cap, Gigi Hadid, 24, shimmered and shone as she moved past the photographers.

Attached to a pair of platform boots, the Michael Kors one-piece clung to each and every curve.

In an added futuristic touch, she added strips of silver feathers to her eyelashes. 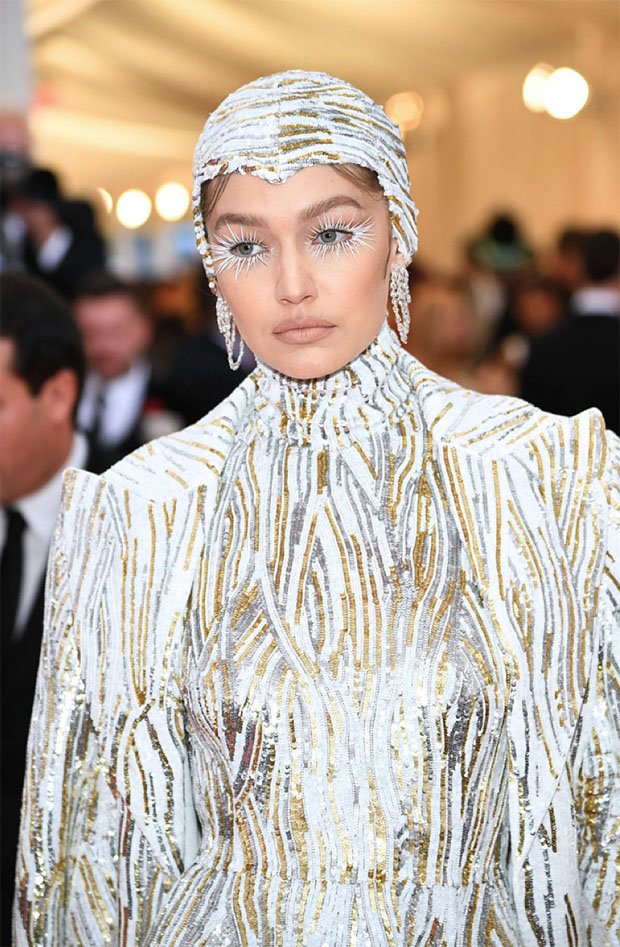 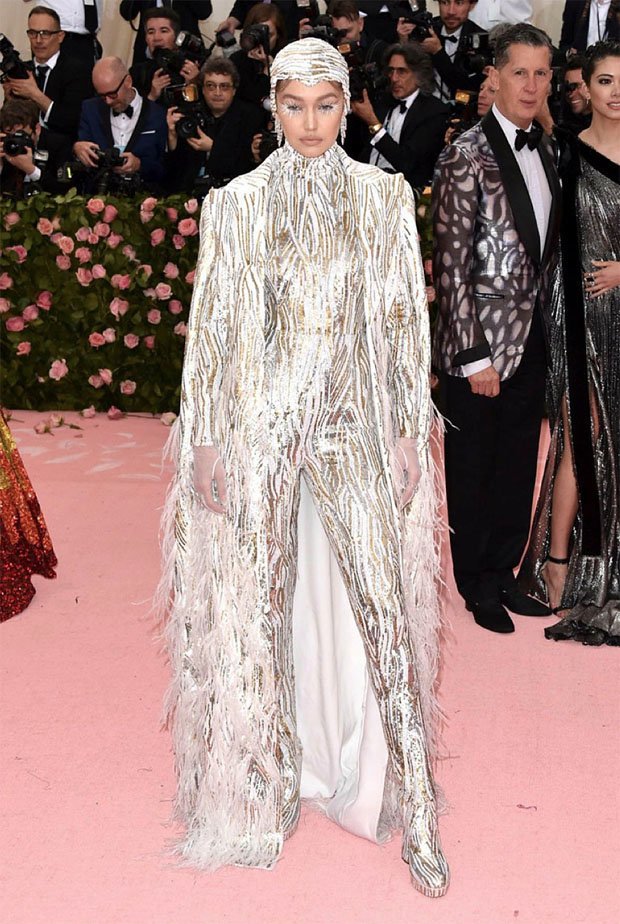