After a 2019 photo of Andrea as a bride spark claims she has broken the rules, the State of Chihuahua’s tourism office clarifies that the 2020 winner was not actually married.

AceShowbiz –Andrea Meza did not broke Miss Universe’ major rule. Just hours after she claimed the coveted 2020 title, the beauty pageant winner got entangled in a controversy due to a surfacing 2019 photo in which she depicted a stunning bride. While many thought it was an indication she is secretly married, she insisted that it was just a prank.

Responding to the controversy, the 26-year-old clarified that the photo was part of her work as the official tourism brand ambassador for the State of Chihuahua. In an interview with The Insider, she added, “Back then, I was not in any pageant. I just posted the picture making fun of the situation. We thought it was funny to prank our friends by only writing the date on the caption.”

Andrea went on to admit she found the whole situation funny. “It’s funny because the guy that is with me, he’s the youngest brother of one of my best friends,” the software engineer/model said as referring to Mexican model Jorge Saenz. “He’s 21. He’s just a kid. And it’s funny because everyone is taking it very seriously.”

Chihuahua’s tourism office has since backed Andrea’s statement. Posting a photo of Andrea and Jorge as bride and groom on its official Instagram page, it clarified in the caption, “THIS PHOTO IS PART OF A PROMOTION CAMPAIGN FOR WEDDINGS IN COPPER CANYON CHIHUAHUA, ANDREA IS NOT MARRIED.”

Andrea’s modeling partner Jorge has also stressed that the two of them were not married. “People, my photo with @andreamezamx is just shooting for @ahchihuahua. Please stop with your messages and threats,” he wrote in his Instagram Story. “That photo is from 2019, and it is not edited. It was just a joke. Check @achihuahua profile.” 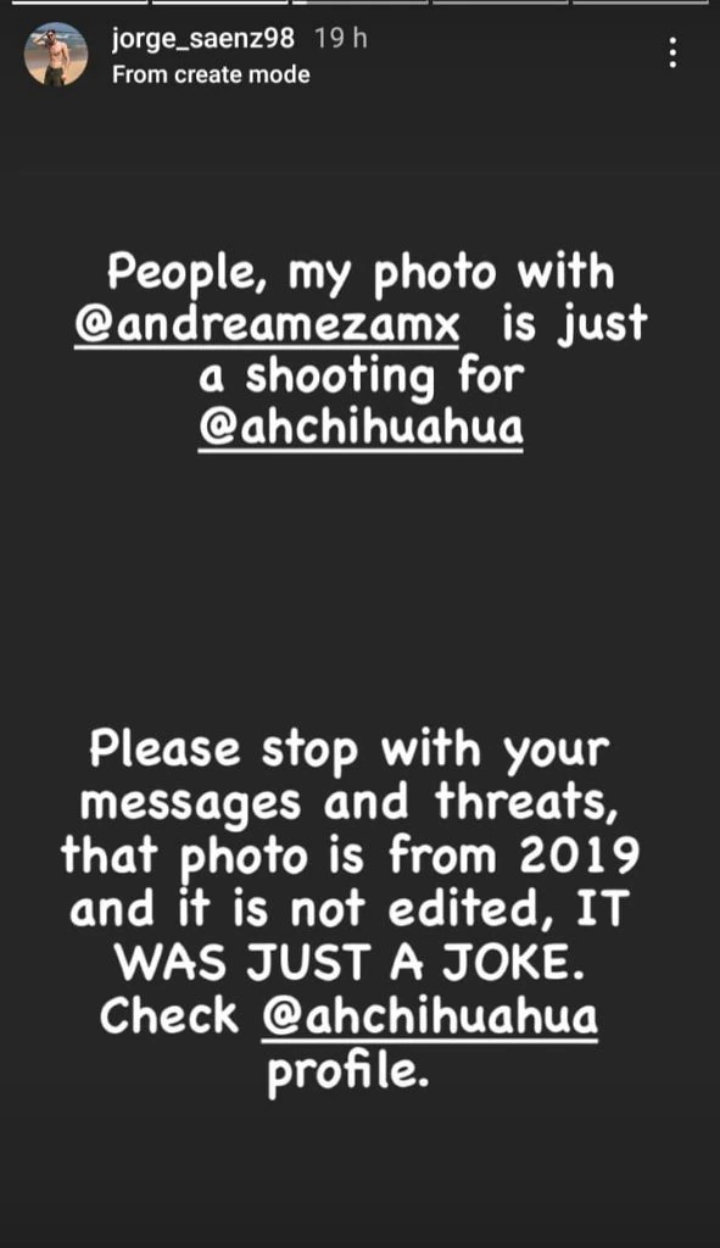