Monty Don: Gardeners’ World presenter hits back over supposed U-turn ‘Where and when?’

Monty Don discusses tomato blight and how to clear it out

Gardeners’ World star Monty Don has responded to a social media user who claimed the gardener had changed his advice on the use of peat. The 65-year-old took to Twitter to hit back at the suggestion and asked for more information.

“It’s really good to see how times have changed @TheMontyDon now leading the charge to get peat banned,” the tweet began.

“But my gardening bible by monty (written a quarter of a century ago) recommends peat – demonstrating it’s important to listen to science and make changes.

“Well done @TheMontyDon,” it continued in a positive manner, praising the star for moving with the times.

Seemingly concerned by the revelation, Monty replied: “Where and when have I recommended peat?” 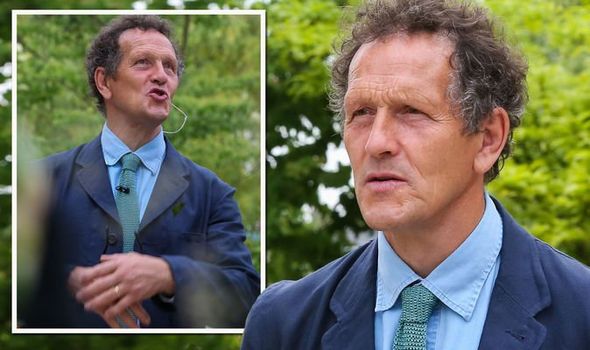 We will use your email address only for sending you newsletters. Please see our Privacy Notice for details of your data protection rights. Monty Don breaks down as he details ‘overwhelming’ memory of late dad

“I think he’s praising you Monty Don,” another added.

Horticulturist Monty has been urging people to buy non-peat based compost for a number of years now. 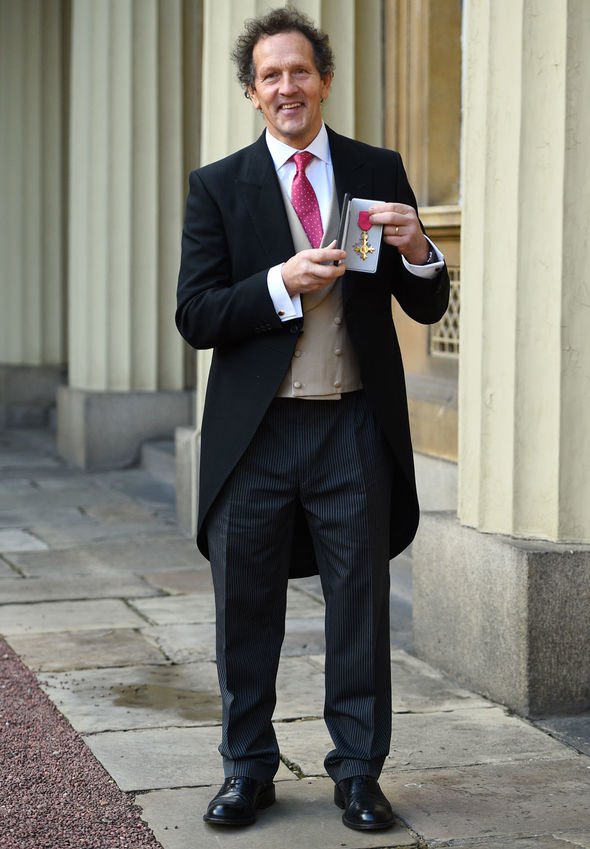 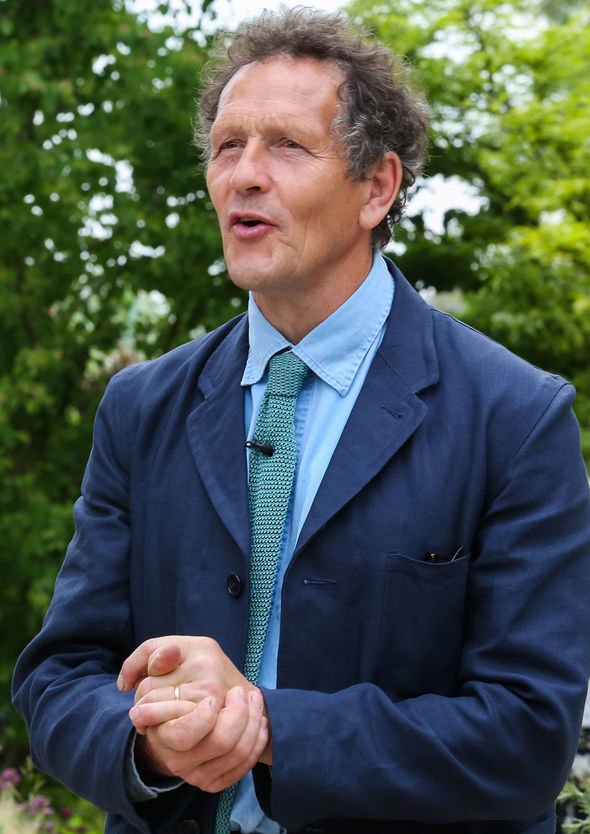 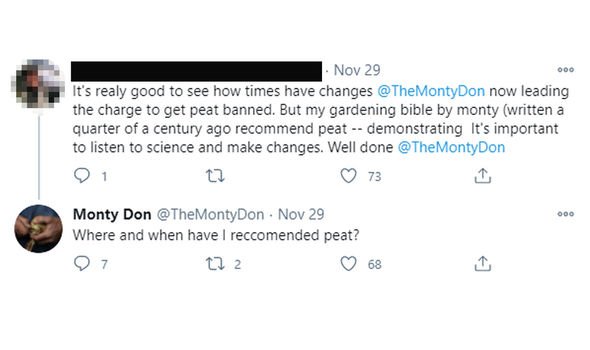 Back in 2002, almost two decades ago, he said that peat, although cosmetically attractive, was not being used at a sustainable level.

In a column for the Guardian, he wrote: “When peat was dug by hand it was used at a sustainable level – and still is as fuel in many parts of Great Britain.

“But large-scale mechanical extraction that operates solely for the profits of a few huge companies has made a mockery of the delicate relationship between man and this kind of landscape.

“The peat takes generations to return and the layers a few feet below the surface are often many hundreds of years old.”

More recently, Monty shared his concerns on the matter in his Gardeners’ World column.

“If you don’t care about this you are sticking your head in the sand, not least because it will affect the quality of life for your children and grandchildren.

“For gardeners, this means we have to consume less and think more about the connections… never buy peat in a potting compost.

“And don’t buy plants that are grown in peat. No garden centre should stock these things. If they do, then they are actively choosing to do harm,” he added.

Peat is formed by the decomposition of mosses and plant materials in cool and wet conditions.

Peat bogs lock carbon dioxide into the ground, removing it from the atmosphere.