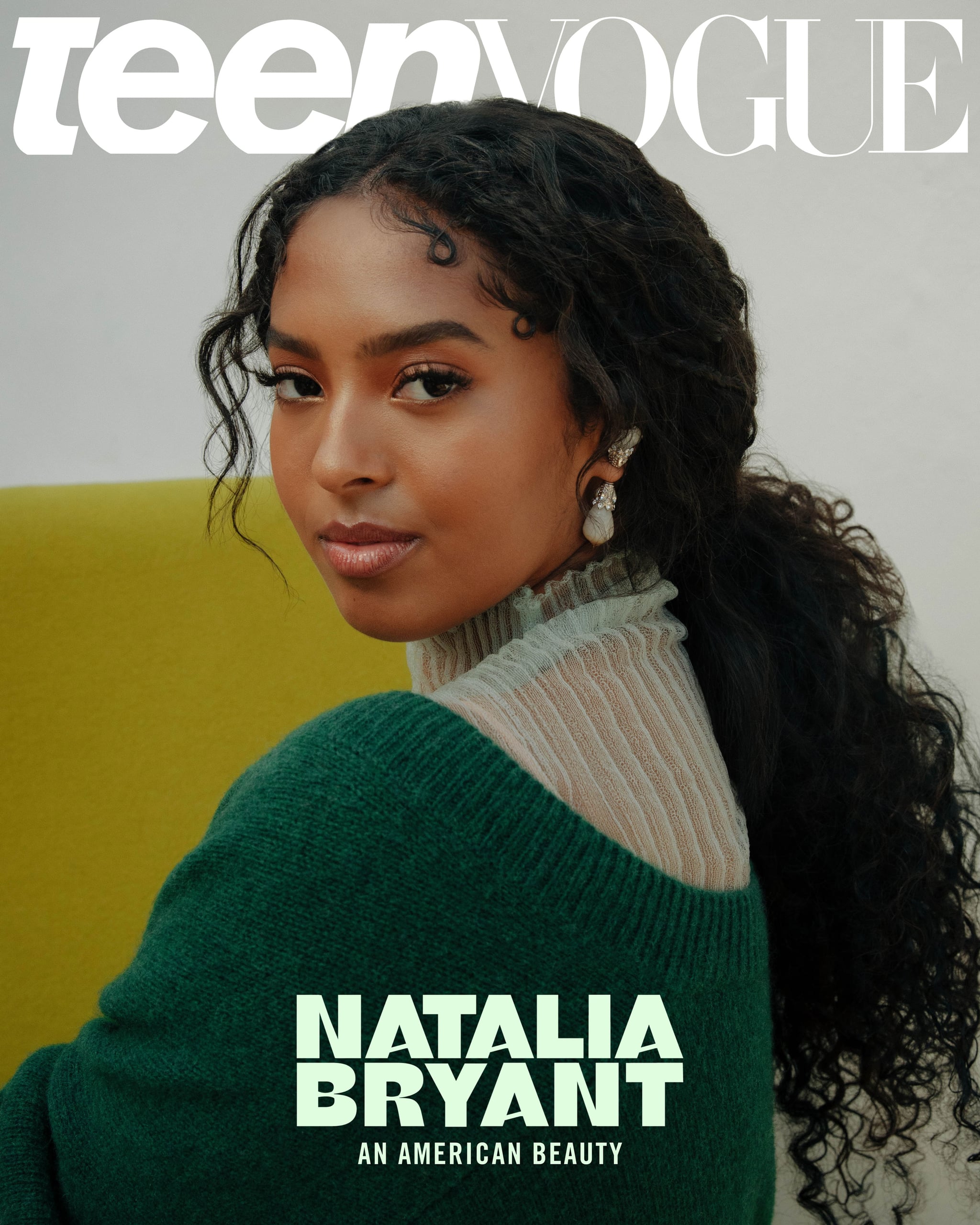 Natalia Bryant is doing her best to keep father Kobe Bryant and sister Gianna Bryant’s memory alive following their deaths in January 2020. The 18-year-old recently sat down with Teen Vogue for her very first cover story where she opened about her family. Though Natalia, who recently signed with IMG Models, has grown up in the spotlight, she admitted that she had a fairly normal upbringing thanks to her parents Kobe and Vanessa. “Thank God they did,” she admitted. “It’s not, Oh she’s Natalia Bryant, she’s Kobe Bryant’s daughter. A lot of times they saw me as She’s just Nani.”

During her conversation, she also opened up about her close bond with Kobe, recalling one particular moment when they attended a midnight showing of 2019’s Rise of Skywalker. “He was just like the best girl dad ever. He was just letting me play my playlist and jam out to Taylor Swift the whole ride back, and talk about Star Wars too. It was so much fun.” While Natalia admitted it’s “bittersweet” talking about her father, she still loves reminiscing about him. “I love talking about my dad,” she said. “It’s bittersweet, but I enjoy talking about him more than it’s sad for me.”

In addition to midnight showings of Star Wars movies, Natalia and Kobe also bonded over volleyball as the two attended various matches together at the University of Southern California. She intended on playing volleyball in college, but that changed following her father and sister’s deaths. Though Natalia is currently studying at the university, she doesn’t plan on pursuing volleyball any further. “I love the sport,” she said. “I quit volleyball after the accident because I was so . . . a lot was going on at that time. I knew I didn’t . . . love volleyball as much as they love basketball. I’m okay with that.”

When asked how her family is doing, Natalia responded with a candid and honest answer: “You do the best that you can,” she said, adding, “[For] my little sisters [we’re] trying to keep that memory for them. And also just trying to remember to live out every day the way they would.” You can read Natalia’s full Teen Vogue cover story here.