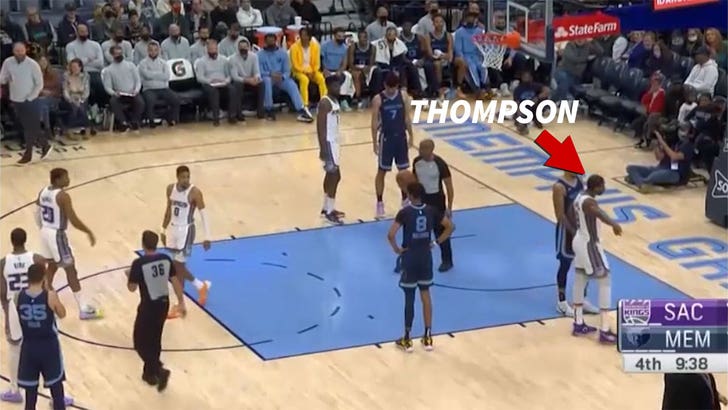 An NBA fan was removed from his courtside seat on Sunday … and it’s all ’cause he allegedly hurled Kardashian heckles at Tristan Thompson.

Here’s the deal … during the fourth quarter of the Kings vs. Grizzlies game in Memphis, Thompson became visibly upset with a fan sitting courtside, and pointed the man out to refs and stadium staffers.

Video from the scene shows security spoke with the fan … and then returned just seconds later to give the guy the boot from the arena.

Afterward, Grizzlies beat writer Drew Hill reported the commotion all stemmed from some Kardashian comments the man had aimed at Thompson, who has a child with Khloe Kardashian.

While Sacramento head coach Alvin Gentry did not confirm the report following the Kings’ loss — he did say the fan said “inappropriate things” to his players.

“They can say anything they want to me or they can boo and do everything they want with the players,” Gentry said, “but there’s no room for saying inappropriate things in a sporting event. That’s not why you’re there.”

Of course, this is not the first time this month that an NBA player has had fans removed for heckling — just last week, LeBron James kicked out two people sitting courtside over their verbal jabs.