Chloe (played by April Rose Pengilly) has been at the centre of many troublesome storylines of late on Neighbours and things aren’t going to die down anytime soon on the Channel 5 soap.

Viewers will remember last year, Chloe was in a romance with slick businessman Pierce Grayson (Tim Robards) after he wooed her having originally met through the Lassiters Hotel worker’s new business venture, Cash for Company.

When the couple split last November, Chloe ended up falling in love with Mark’s (Scott McGregor) wife-to-be Elly (Jodi Anasta) with the two women having a one-night stand in the lead up to the wedding.

Believing her romantic dilemma’ are behind her, Chloe will be shocked to discover Pierce is back in Erinsborough next week and it’s not long before the former lovers come face-to-face.

After Chloe and Pierce have a brief catch-up, Chloe is left questioning why her former lover has really returned to Ramsay Street when he abruptly ends their discussion and rushes off.

Thinking more about her reconciliation with Pierce, Chloe believes her former lover may be back to try and win her back and wants to reignite their romance.

With her love for Elly at the back of her mind, Chloe could possibly be hoping Pierce wants to give things another go but she is dealt another blow when Elly and Mark split after the expectant mother reveals the police officer isn’t the baby’s father.

Following her one night stand with Elly, Chloe decides not to comfort her brother or the expectant mother as she believes she will only cause more trouble.

Instead, Chloe finds solace in Pierce who is more amicable with her after their first meeting, telling the sorrowful business woman she can always come and speak to him about her troubles.

Chloe truly believes she and Pierce could have reached new ground in their relationship after she opens up to him but is left wandering about her former lover’s motives in getting closer to her when he gives her the cold shoulder again. 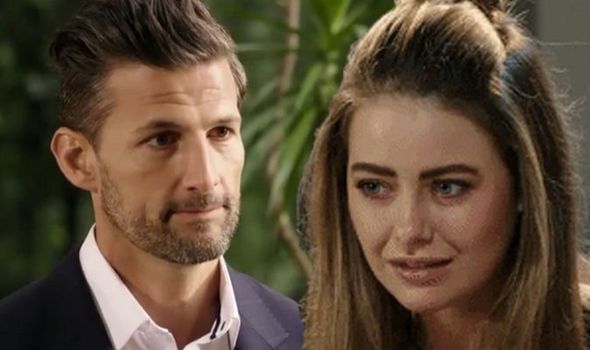 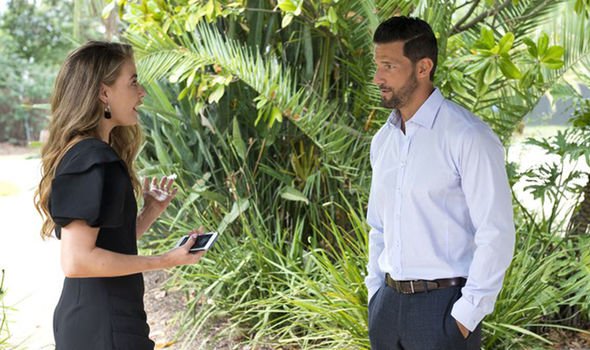 As Chloe begins to questions exactly why Pierce has come back to Ramsay Street after more than six months, could the businessman be plotting to get revenge on his former lover for rejecting him before his initial exit?

Will Pierce reveal his true motives to Chloe and will she be left heartbroken if it’s explained he isn’t back for her?

Pierce will be becoming a familiar face in Erinsborough as actor Tim Robards has signed a permanent contract with the Australian soap.

Speaking of his return following the announcement Pierce would be coming back in February, Tim told The Australian Daily Telegraph: “It means I didn’t totally crash and burn my first major acting role.” 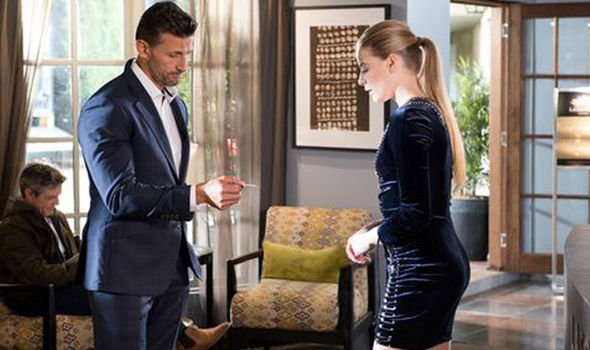 As Chloe’s troubles with love continue, Elly’s secret is finally revealed after the expectant mother confides in an unlikely ally.

Having been kidnapped by Finn Kelly (Rob Mills) in the past, he would be the last person Elly would turn to for support but as a newly reformed character, her former nemesis gives her the push she needs to face the reality of her situation.

Mark is left shattered when after Finn’s pep talk, Elly tells him he isn’t the father of her child, leaving the couple’s marriage in ruins.

Devastated by the news, Mark kicks Elly out the house and tells her he only got back with her after she revealed the truth about her dalliance with Chloe because she was pregnant.

As she reels from the split, could Elly be thrown into further turmoil by the return of her mother Liz Conway (Debra Lawrance)?