Piers Morgan, 55, has slammed “professional victim” Nicola Thorp as he accused her of lying, in regards to comments toward Victoria Beckham, during her appearance on This Morning today. The Good Morning Britain star insisted he had never “bullied” the wife of David Beckham during his days as a newspaper editor, despite the Coronation Street actress’ claims otherwise.

This is a lie

He tweeted in view of his seven million followers: “I’m told professional victim  @nicolathorp_ has been criticising me on @thismorning for ‘bullying Victoria Beckham over her anorexia’ when I was a newspaper editor. This is a lie.

“I did the opposite & defended Victoria in the Mirror after she was called ‘Skeletal Spice.’”

Nicola, who played Nicola Rubinstein on Corrie, had appeared on This Morning to discuss trolling in the UK, after a man had shouted at Chief Medical Officer Chris Whitty in the street during a clip circulating on social media.

Speaking on her belief that people in the media are just as guilty as members of the public for “bullying” others, Nicola said: “I would say that holding people to account is a different thing altogether, in this case, Piers Morgan is quite hypocritical, in the way that he has called out trolls because he is someone who has perpetuated a culture. 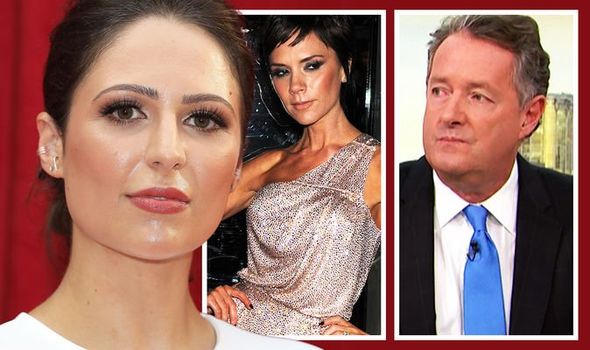 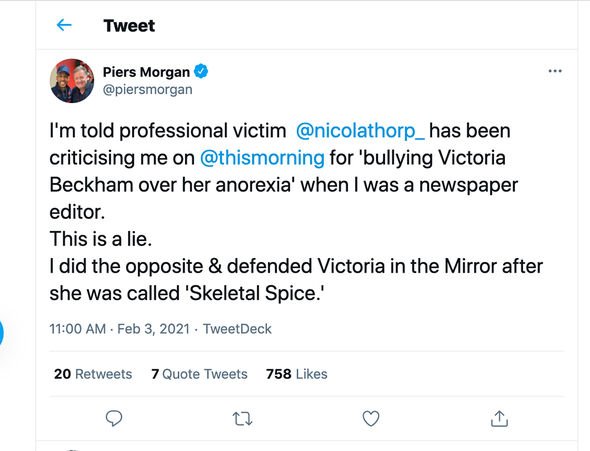 “He has bullied people on a national scale while he was newspaper editor, the frontpages I read when I was younger was seeing him bully people like Victoria Beckham for her anorexia.

“He’s directed tweets at people I’ve known personally and certain tweets towards myself. “

Others weighed in on Nicola’s comments on Twitter, as one said: “I thought Phil [Schofield] or Holly [Willoughby] were going to interrupt her as it seemed like a personal attack against you, rather than against the media as a whole.”

A second replied: “By trying to make herself relevant to people who don’t know her, she’s alienating herself from the very people she’s trying to influence. I’m not quite sure what her agenda is to be honest.” 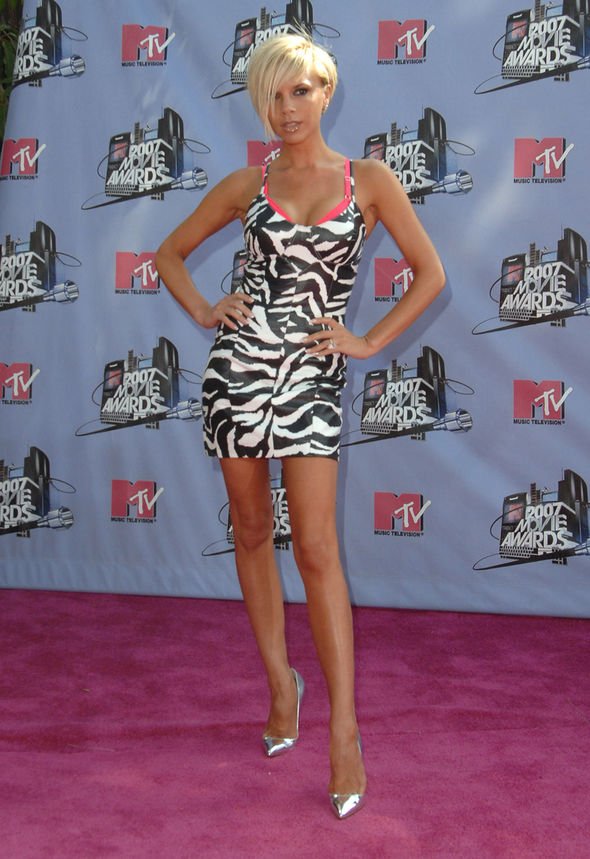 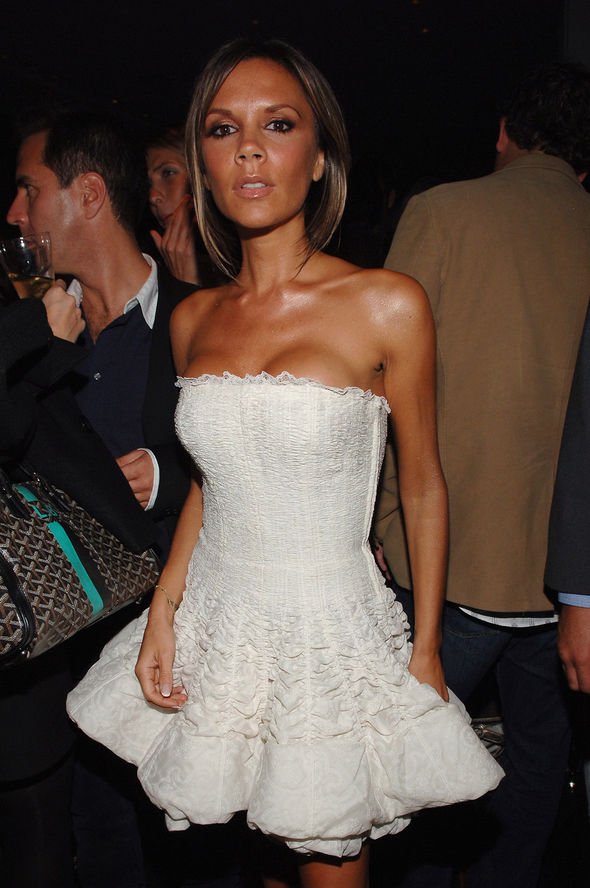 While others agreed with Nicola’s point, as they said she was pointing out that those in the public eye should be accountable for their remarks.

A third commented: “She agreed with what you were saying re: Captain Tom and was making a point that people in positions of influence should take responsibility for how they conduct themselves. Not one bit of what she said was incorrect. Calling her a professional victim just proves the point.”

Meanwhile a fourth typed: “She was just pointing out that @piersmorgan and media should look inwardly whilst (rightfully) criticising others. Makes sense to me given the media and Piers’ performances over the years?”

Piers has previously bemoaned Victoria’s use of “too skinny” models, after she had shared photos of her latest eyewear campaign.

In his column for Mail Online, he fumed: “This photograph made me feel physically sick, and judging by the eruption of opprobrium that greeted it online, I’m far from alone in this view.”

Piers went on to suggest that Victoria had selected the model in the shoot because she herself is slim.

Adding: “Regardless, this is a horribly cynical, commercially ruthless, and morally reprehensible decision by someone who should, and does, know better.

“Shame on you, Victoria Beckham.”

Victoria is known to have a very healthy diet but has previously admitted to having an eating disorder.

In her 2001 autobiography, Learning To Fly, she wrote that her Spice Girls bandmate Geri Halliwell was to blame for her obsession with food.

She said: “Geri would say things such as don’t put sauces on food, low-fat things were just as good, and that I could try not eating quite so much. The trouble is that when you start thinking like this, it’s hard to stop … I changed from someone who was dieting to lose a bit of weight to being obsessive.

“I was shrinking, and the excitement at getting thinner quite took away the hunger.”