Ranvir Singh, 43, and Giovanni Pernice, 30, have wowed the Strictly Come Dancing judges and viewers alike each week since the BBC extravaganza began, and their on-screen chemistry is hard to deny. Even her Good Morning Britain co-host’s Piers Morgan and Susanna Reid have joked about how close they really are.

I think a lot closer, I suspect, than we’re being told!

After dancing the notoriously tricky Argentine Tango on Saturday, the pair received an impressive 27 points.

Watching back a clip of the ITV star’s sizzling performance, Piers and Susanna discussed the on-screen steam on yesterday’s show.

“Ranvir and Giovanni had the Strictly judges and frankly all of us hot under the collar,” Susanna giggled.

Piers agreed: “I almost got burned by the steam coming out of my TV screen!” 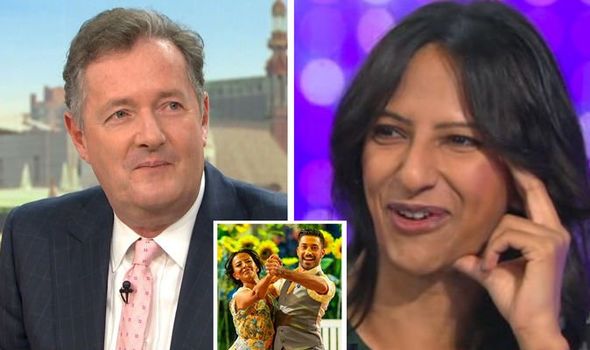 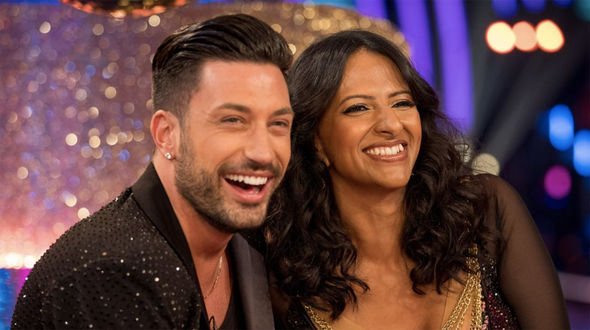 “How close can you get?!” Susanna added.

Her co-star cheekily hinted: “I think a lot closer, I suspect, than we’re being told!”

Ranvir previously opened up about how taking part in the show had helped her “break down barriers” and how dancing so intimately has taken a bit of getting used to.

She told The Mirror: “Giovanni is so amazing, he doesn’t need me to be sensational. He sizzles all by himself! 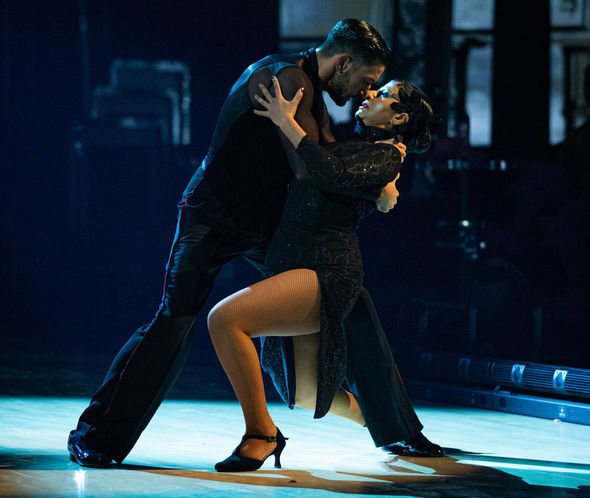 “It doesn’t matter whether I’m in the room or not, he’s sizzling away. The dances are all about being romantic and, of course, we have to make them convincing.

“You’ve got to be game when you take part in Strictly. You can’t do things halfheartedly. I admit, it doesn’t come easily. You have to break down some of your own barriers and do things that can feel embarrassing at first.

“It’s very intimate. Then your face is right in their face.”

She added: “It’s taken a bit of getting used to.”

Even Head Judge Shirley Ballas revealed the pair have “something special” when it comes to chemistry.

Speaking on Lorraine yesterday, Shirley said of the routine: “Well let me tell you, Ranvir was all sizzle this weekend.

“There was a sensuality about the female movement, there was something special in the chemistry between the two of them, it was like they were just in a room all on their own and we were able to look in the windows.

“She is sensational… She could be the dark horse by the way.”

Shirley added it was difficult to predict who would win this year’s series.

She told Lorraine: “It’s the hardest, toughest series…sending anybody home is so difficult.

“I just urge everybody, please vote, make my job easy!”