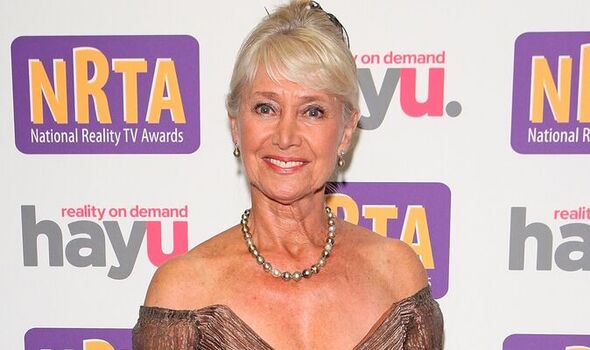 The 80-year-old was left with a six-inch gash to her arm from the masked robber, who attacked her near a cashpoint machine while she was on holiday with friends in France. Jan tweeted: “Horrid experience. Attacked close to ATM friends were using. Youngish man seemed pleasant held out hand. Like a first rate idiot being courteous I took it. Rugby tackled to ground. Bag was over my arm – he didn’t get it.”

She added: “Was amazed at how clever are these b*****ds. Thought it strange he wore a mask but assumed he was a vulnerable person.

“It was horrid but well orchestrated with a getaway car. My head was very close to oncoming car.” The attack happened in a sleepy village in the south of France. Jan tweeted: “Hell will freeze before [the French police] could catch him. Like UK they have too much to do and reams of paperwork.

“Think there was CCTV but he wore a mask. Car took a left so friends couldn’t get number plate. [Police station] was closed. As in UK wouldn’t be followed up. Even if he were caught I doubt he’d get a prison sentence – a rap on the knuckles and told not to do it again.”

A passing motorist treated Jan, who lives in Kent, with a first aid kit.

In 1987 she was also attacked inside BBC TV Centre in West London. She had ammonia sprayed in her face and was robbed of her handbag.

She tweeted: “I’m quite tough in many respects. Mugging in 1987 – forgot about it within a few weeks.

“However, this will make me much more wary.”