Prince Harry is undeniably relishing life as a father of two, so his decision to start a family with wife Meghan Markle so soon after their nuptials comes as no surprise.

Despite their demanding work schedules as senior members of the royal family, the Duke of Sussex confessed they wanted to become parents straightaway after their 2018 royal wedding.

In his searingly-open book, Spare, Harry wrote: “We didn’t want to wait. We both wanted to start a family straightaway. We were working crazy hours, our jobs were demanding, the timing Wasn’t ideal, but too bad. This had always been our main priority.”

They announced their pregnancy during their first overseas royal tour in Australia, Tonga, Fiji, New Zealand – much to the delight of everyone. On 6 May 2019, just days shy of their first wedding anniversary, the couple welcomed their first child, a son named Archie.

“We worried about the stress of our daily lives, that it might prevent us getting pregnant,” Harry said of them trying to conceive. “The toll was starting to be visible on Meg; she’d lost a great deal of weight in the last year, despite all the shepherd’s pie.” 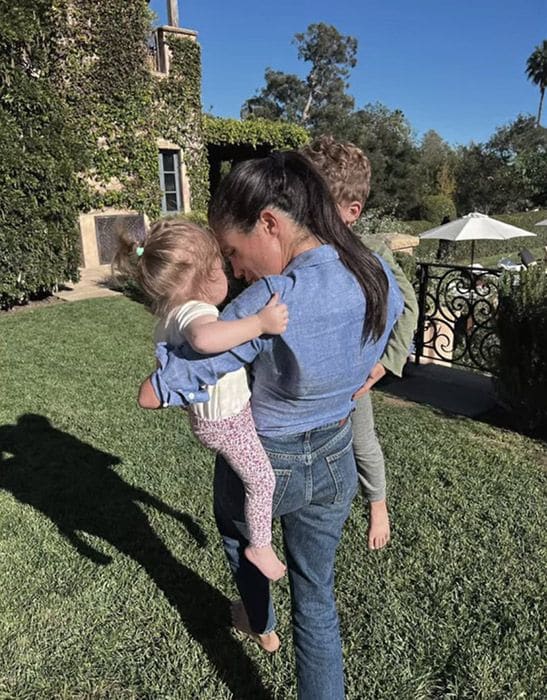 He added: “Friends recommended an ayurvedic doctor who’d helped them conceive. As I understood it, ayurvedic medicine sorted people into categories. I don’t recall which category this doctor sorted Meg into, but she did confirm our suspicion that Meg’s weight loss might be a barrier to conceiving.

“‘Gain five pounds,’ the doctor promised, and ‘You’ll get pregnant.’ So Meg ate, and ate, and soon put on the recommended five pounds, and we looked hopefully at the calendar.”

In his memoir, Prince Harry also spoke about the joys and challenges of parenting, expressing his excitement about being a dad and his commitment to being a hands-on parent. The couple suffered a devastating miscarriage before welcoming their daughter Lilibet on 4 June 2021.

Make sure you never miss a ROYAL story! Sign up to The Royal Explainer newsletter to receive your weekly dose of royal features and other exclusive content straight to your inbox.