Prince Harry and Meghan Markle are noted humanitarians, and they have been recognised for their work as they were awarded a Ripple of Hope Award laureate from Robert Kennedy Human Rights.

The royal couple have been honoured for their work on racial justice, mental health, and other social impact initiatives through their Archewell Foundation. Other laureates for this year include co-founder and managing partner of Siris, Frank Baker; chair of the board and CEO of the Bank of America, Brian Moynihan; and Ukrainian president Volodymyr Zelensky.

The laureate is given to those who have demonstrated an unwavering commitment to social change and worked to protect and advance equity, justice, and human rights.

Harry and Meghan’s work has included helping to support Afghan refugees, investing in organisations that are helping Ukraine and creating the first-ever Digital Civil Rights Award alongside the NAACP.

Kerry Kennedy, the president of Robert Kennedy Human Rights, said: “When The Duke and Duchess accepted our award laureate invitation back in March, we were thrilled.

“The couple has always stood out for their willingness to speak up and change the narrative on racial justice and mental health around the world.” 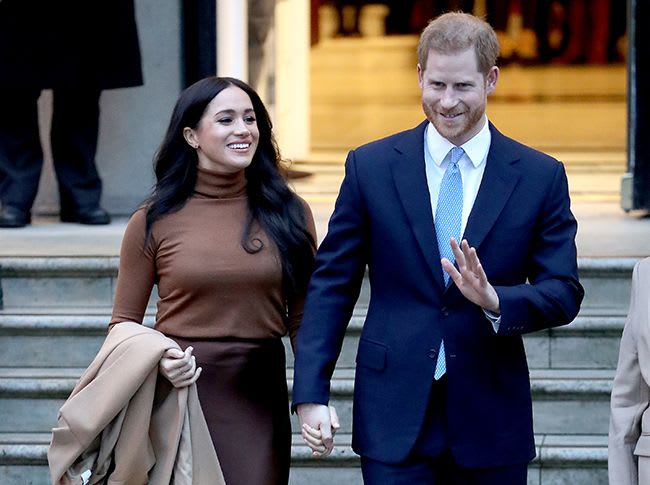 Harry and Meghan picked up the award for humanitarian work

She added: “They embody the type of moral courage that my father once called the ‘one essential, vital quality for those who seek to change a world that yields most painfully to change’.”

The news came on the same day that Harry’s father, King Charles, confirmed when his coronation would be.

MORE: Prince Harry opens up about his ‘five children’ at home with wife Meghan Markle

It was revealed that the new monarch will be crowned on 6 May 2023, which will also be the day that Harry’s son, Archie, celebrates his fourth birthday.

Earlier this week, during a video call with winners of the WellChild Awards, Harry revealed some details about his young son, including that he has a toy giraffe named Gerald.

Many fans took this to mean that the Duke’s son is a fan of Peppa Pig, with the show also featuring a giraffe character with the same name.

Make sure you never miss a ROYAL story! Sign up to The Royal Explainer newsletter to receive your weekly dose of royal features and other exclusive content straight to your inbox.