Princess Diana's Wedding Shoes Had a Secret Message Under the Heel

All royal weddings are completely over the top in terms of expense and general fancy vibes, but Princess Diana and Prince Charles’ extravagant ceremony goes down as the most extra in history—in part because of Diana’s iconic look. And while her puffy-sleeved, super ’80s dress gets a lot of attention, Diana’s shoes were also pretty spectacular—and had a secret message on the bottom of them.

Diana’s heels were made out of suede and featured 542 sequins and 132 pearls, while the bottoms were decorated in a lovely floral pattern—with the letters C and D painted under the heel. 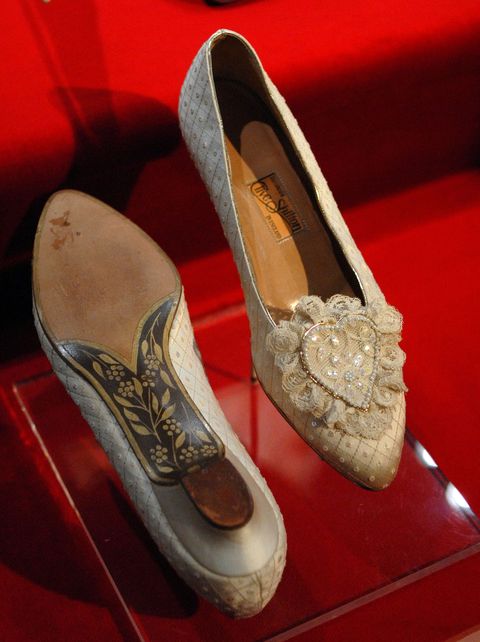 If you zoom in, you can faintly see a C and D on the underside of the heel, with a sweet painted heart between them: 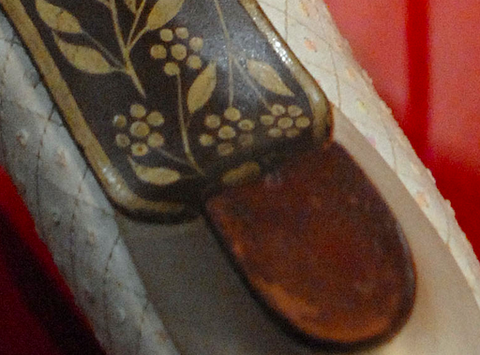 Cobbler Clive Shilton, who made the shoes, told the The Daily Mail, “[Diana] was a very shy, sweet, smiley-eyed young girl. Her main concern was that she wouldn’t appear taller than Prince Charles, and because she was very tall – 5’10” – the shoes would have to have a low heel. No one even saw the bottom of the shoes, but it was important to us that they looked fantastic. You would have seen much more of them if she’d tripped!”

Apparently, it took six months to make the shoes, and Clive refuses to say exactly how much Diana paid, instead saying he charged a “basic price.” Meanwhile, he reportedly sold a spare pair of the shoes at auction for £36,000 in 2011, which…dang.