Countdown maths whizz Rachel Riley, 33, was seen sporting a casual outfit consisting of black trousers, a white top and trainers as she left the Countdown studios today. The mother-to-be seemed in high spirits as she wheeled a suitcase while holding a box of flowers. Rachel’s boyfriend Pasha Kovalev, 38, was pictured walking behind Rachel also wheeling a suitcase. The pair’s public outing comes is their first since Rachel announced she was pregnant last month.

We’re over the moon excited

Rachel informed her Instagram fans she was expecting her first child in the form of a conundrum.

The snap showed her cradling her small bump as she posed next to the Countdown board.

“Pash and I have a conundrum for you… you have till December to work it out!” she told her 392,000 in the caption. “We’re over the moon excited.”

On the board, the letters spelled out “R TINY MATE”, an anagram of “maternity”.

Rachel and Pasha started dating in 2014 after first meeting on Strictly Come Dancing the year before.

Following her pregnancy announcement, Rachel took to Twitter to reveal what her colleagues had bought for their unborn baby. 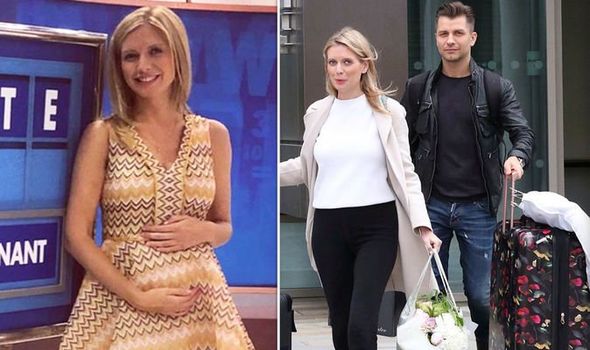 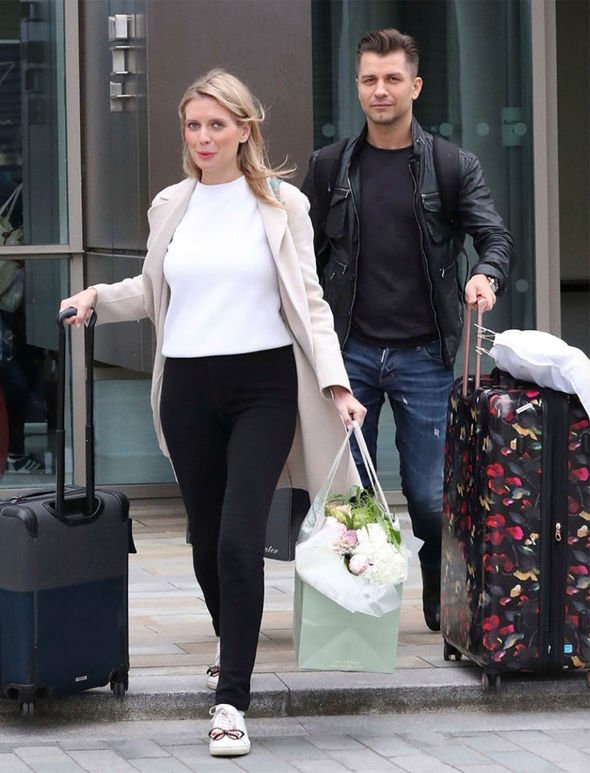 The blonde beauty shared a picture of her sat next to a bunch of flowers and a personalised bib which read: “Baby Kovalev.”

She captioned the picture: “Going to bed with the knowledge that in real life, people are lovely!

“Thanks @C4Countdown team for my gorgeous flowers and to Kayleigh who gave me this from our audience… I absolutely love it! Happy days.”

One user commented: “I’ll bring your present next month when there!!” 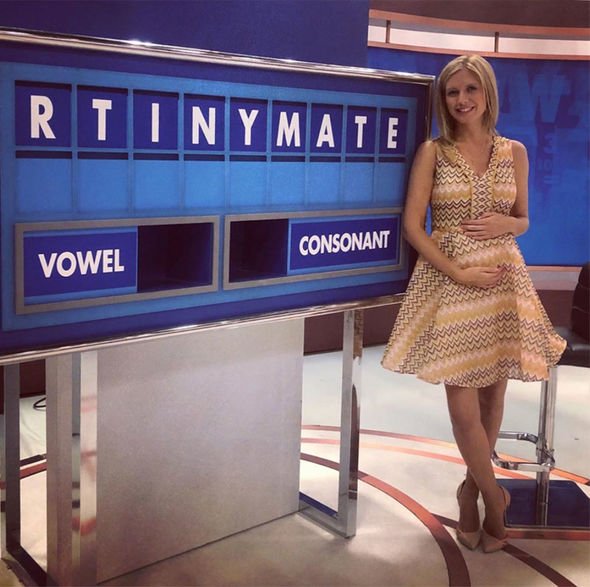 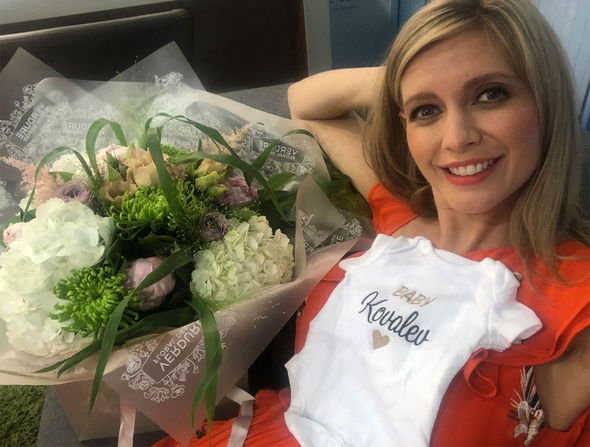 A third wrote: ”Hope you have a girl xx.”