Ratings: MSNBC Wins the Quarter in Total Viewers for First Time Ever 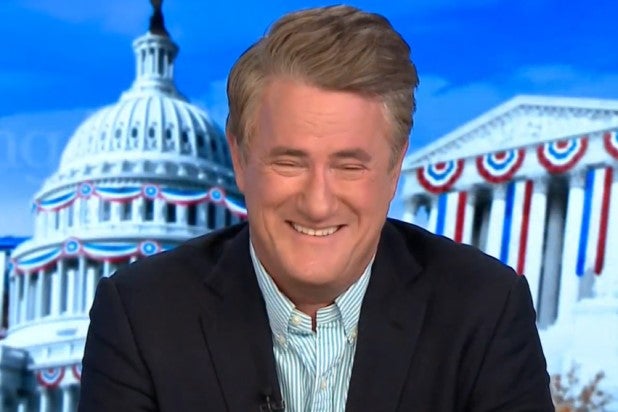 There was plenty of news for the cable networks to cover in the first quarter of 2021, which gave MSNBC some news of its own: The channel will win the quarter in total viewers for the first time ever.

According to Nielsen Media Research ratings data, MSNBC averaged 1.404 million viewers for the quarter. CNN averaged 1.398 million and Fox News averaged 1.324 million. During the quarter — which will end this coming Sunday, but for which there is sufficient data to call an early win for MSNBC — the news networks have been the top three cable channels overall. For comparison, HGTV was in fourth place with an average of 669,000 total viewers.

All of the cable news networks saw declines in total viewership following the ratings boom brought on by the Jan. 6 Capitol riot and President Joe Biden’s inauguration, which happened back-to-back in the first month of the year. There was another brief spike the week of Feb. 8, when former president Donald Trump’s second impeachment trial took place.

The week of the insurrection, CNN averaged 2.130 million total viewers, MSNBC averaged 1.249 million and Fox News averaged 1.164 million in total-day viewership. The week of the Jan. 20 inauguration of President Joe Biden, CNN averaged 1.144 million total viewers, Fox News averaged 1.114 million and MSNBC averaged 920,000. There were steady declines for all of the networks following that point, barring the spike from early February during Trump’s second impeachment. That week, CNN brought in an average of 1.467 million, Fox News garnered an average of 1.356 million and MSNBC got, on average, 1.336 million.

Comparatively, the week beginning March 15 — which is the most current week for which there is full Nielsen data — saw Fox News average 1.051 million while CNN averaged 633,000 and MSNBC brought in an average of 530,000.