Country queen Reba McEntire knows how to put on a performance, even when she’s getting glammed up to perform. In her take on the “Get ready With Me” video on Instagram, she gave fans a behind-the-scenes look at her concert preparations, complete with a shot of a jaw drop reaction from her actor boyfriend, Rex Linn. 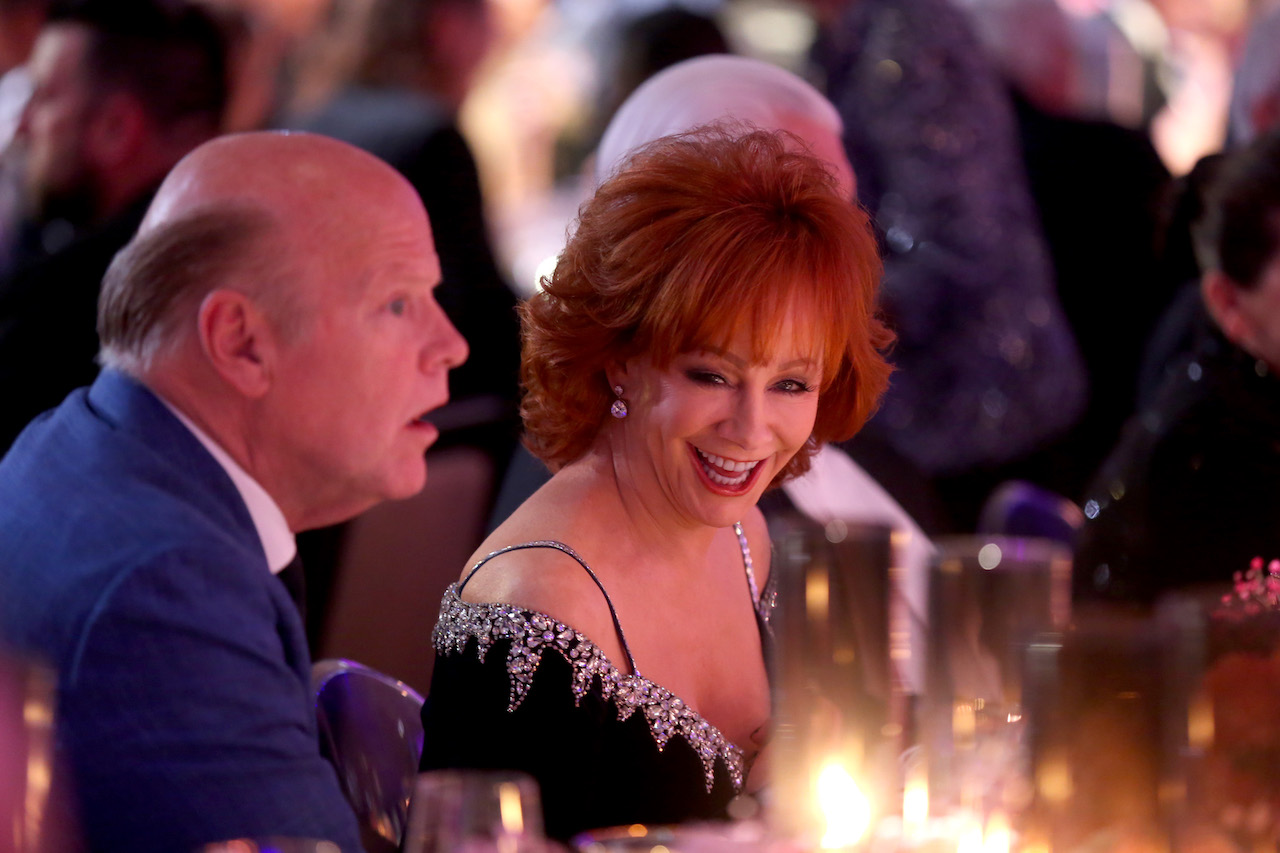 McEntire and Linn coupled up in early 2020, right at the outset of the pandemic. As such, they started their relationship in isolation in different states. In that time, they got to know each other through daily phone calls known as “coffee camps.”

On McEntire’s Living & Learning podcast, the couple reminisced on the roots of their romance together, noting their bond was strengthened by the lack of physical contact. Linn sent his romantic interest food from around the country to connect with her on a deeper level.

They’ve known each other since 1991, and they grew closer through the process of her facing her mother’s terminal illness and eventual death in 2020. Notably, she had also reached out to him with an uplifting phone call following the death of his mother in 1998.

McEntire said they’re pretty much inseparable at this point. And her behind-the-scenes video on Instagram showed Linn was with her before she hit the stage for a concert in January of 2022.

McEntire prepares for a concert with her glam team in her “Get ready with me, tour edition” video on Instagram. From her hair to her makeup to her clothes, fans get a glimpse of what she does and even some of what she uses to get ready for a show on tour.

As the “Fancy” singer struts through various stages of her preparation process, her classic song, “Why Haven’t I Heard From You,” plays in the background. At one point, Linn stands behind her and checks her out with his jaw dropped while she appears to fix herself up in a mirror.

McEntire gives shoutouts to her squad in the video caption, including her makeup artist, costume designer, and boot collaborator. Of course, Linn gets credit for the adorable reaction to his superstar girlfriend’s performance-ready look.

Rex Linn’s Instagram is a tribute to Reba McEntire

Meanwhile, on Linn’s Instagram, many of his posts are dedicated to his country superstar girlfriend. “Had a fantastic dinner with this Oklahoma girl. Tater Tots and Ketchup included,” he captions one picture of them seemingly out to dinner. It refers to the origin of his nickname for her, which came from her love for tater tots.

“TATER TOT,” he writes with another picture of them together. “Angel on the ground (and on a cooler).”

With such outward displays of adoration, it’s no wonder McEntire said Linn was the partner she’d been waiting for her whole life.