The success rate for at-home haircuts doesn’t tend to be high, and that rate just dipped a little lower, thanks to Rose Leslie and Kit Harington. An October 2020 interview with the New York Post told the story of how Rose Leslie gave Kit Harington a haircut — or, at least, attempted to do so — and spoiler alert: It didn’t go well. Apparently, Harington (whose dark curls have made fans swoon for years) handed his wife a set of clippers and asked for a trim, not realizing she was a bit preoccupied.

"I was on FaceTime to a friend at the time," Leslie told the Post. "He was like, ‘Can you do the back, because I can’t see it with the mirror?’ And I was so engrossed with my girlfriend, we were having such a lovely time, and I was like, ‘Yeah yeah yeah, fine, whatever.’" Unfortunately, Leslie — who’s right-handed, had her phone in her right hand, so she tried her luck with her non-dominant hand. As she explained, "I took the shears in my left hand, and… I dug too deep. I dug too deep! It was rather hilarious, but also awful. Fortunately, he looks great with a semi-shaved head, so it was fine." BRB, I need to go mourn Harington’s beautiful curls for a minute. 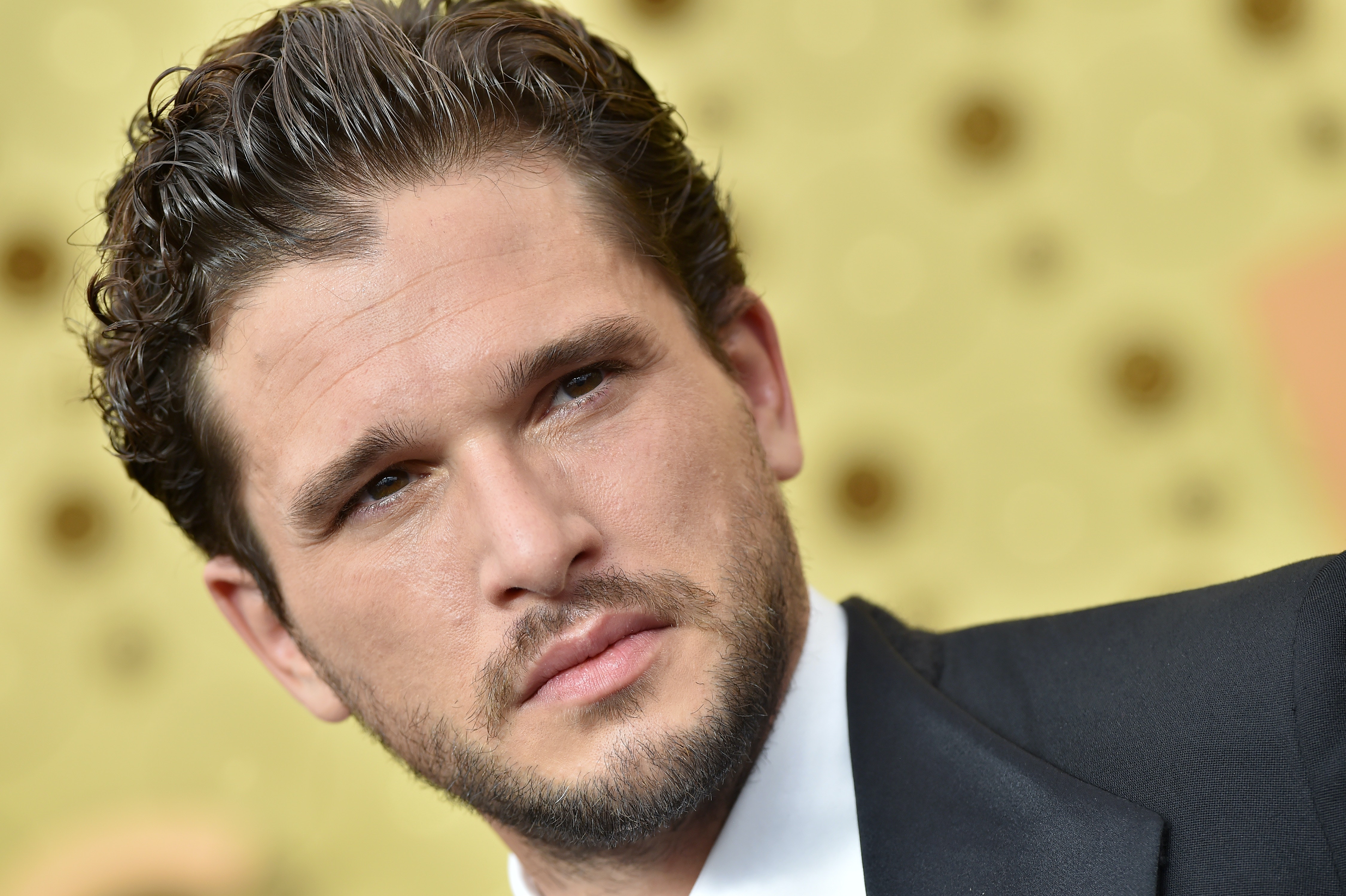 Leslie and Harington first met in 2012 as star-crossed lovers on the set of Game of Thrones, where Leslie played feisty wildling Ygritte and Harington played Night’s Watch brother Jon Snow. After Harington popped the question in September 2017, the actors tied the knot in June 2018 at a small village church in Scotland and celebrated with an oh-so-casual reception at Leslie’s familial home, Wardhill Castle in Aberdeenshire. In September 2020, the GoT alums had even more exciting news: They’re expecting their first child.

Though I’m sure Leslie’s poorly-executed DIY haircut was a total mistake, it may have been payback for the April Fool’s Day prank Harington pulled on her back in 2017. Soon after the two moved in together, Harington thought it would be funny to put what looked like a severed head in their refrigerator. "After that, she was in tears, and I was there going, ‘April Fools.’ It didn’t go down well," Harington recounted during an October 2017 appearance on The Jonathan Ross Show. "She pretty much told me that if I did it ever again, that would be it, and I think that’s marriage included."

If these two can navigate failed pranks and haircuts-gone-wrong, then I’m pretty sure they can make it through anything.