Royal Expert Believes This About Meghan Markle’s Return To The U.K.

Meghan Markle and Prince Harry welcomed Lilibet Diana Mountbatten-Windsor on June 4, 2021, naming “Lili” after the baby’s great-grandmother, Queen Elizabeth, and her late paternal grandmother, Princess Diana, per the Archewell website. They divulged that the newborn is “more than we could have ever imagined, and we remain grateful for the love and prayers we’ve felt from across the globe.” Lilibet is also 2-year-old Archie Harrison Mountbatten-Windsor’s sister.

The little one is also keeping close ties with her British family, per Entertainment Tonight, as her parents have reportedly been showing her off to Harry’s relatives. According to the outlet, the couple shared a snap of Lili on the royals’ WhatsApp group. Apparently, extended members of the royal monarch keep each other updated on the group chat, and Harry and Meghan thought that they would post a pic of the newest member of the family on the platform.

Harry will soon see his estranged family again when he makes his way across the Atlantic to commemorate his late mother. On July 1, a statue of Princess Diana will be unveiled at the Sunken Garden of Kensington Palace, per Us Weekly. The unveiling will take place on what would have been Diana’s 60th birthday. Of course, this begs the question if Meghan will accompany her husband to the event. A royal expert weighed in and shared their opinion. 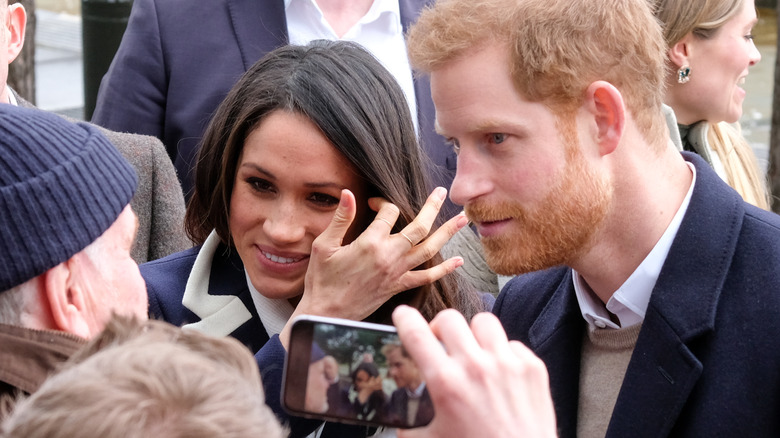 Meghan Markle has just given birth to her second child. In fact, Lilibet Diana Mountbatten-Windsor won’t even be a month old when her father must leave to attend the unveiling of a statue of his late mother, Princess Diana.

But it appears as if Diana still plays an important role in both Meghan and Prince Harry’s lives since they named their daughter after her. The people’s princess also made a left a sizable inheritance to her son ,which came in handy at the right time. According to CBS News, Harry told Oprah Winfrey, “I’ve got all my mom left me and without that we would not be able to do this,” referring to their relocation to the United States. But will Meghan accompany her husband to the the statue’s unveiling?

The Daily Mail reports that royal expert Phil Dampier had a pretty strong opinion about the matter. He claimed, “My personal opinion is that Meghan will never come back to this country ever again.” He added, “I might be completely wrong, but I don’t think she will ever come back.” It seems as if he believes that Meghan has severed her ties with the country and may never return. Either way, Meghan has already honored Princess Diana, who died in 1997, by giving her a namesake.