The late Supreme Court Justice Ruth Bader Ginsburg is lying in state at the U.S. Capitol on Friday. Ginsburg, who died last week at the age of 87, is the first woman and the first Jewish person to receive this honor.

House Speaker Nancy Pelosi gave brief remarks to welcome people to the historic ceremony, and Rabbi Lauren Holtzblatt spoke about Ginsburg’s remarkable life story and commitment to justice. Operatic soprano Denyce Graves performed two musical selections in a fitting tribute to Ginsburg, who was known for her love of opera. 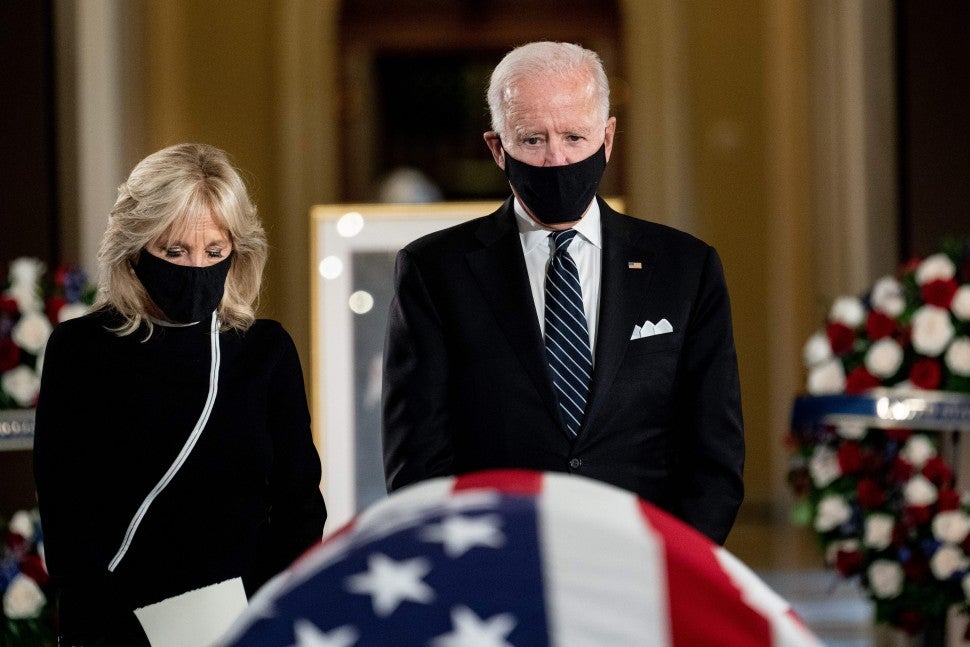 Ginsburg is lying in state in Statuary Hall, rather than the Capitol Rotunda. As a practical matter, it’s the House that has jurisdiction over Statuary Hall, whereas a joint resolution from both houses of Congress would be required for an individual to lie in state in the rotunda. If Ginsburg’s casket were in the rotunda, Senate Majority Leader Mitch McConnell would be a co-host and would be speaking at the ceremony.

By moving the proceedings to Statuary Hall, Pelosi controls the ceremony. McConnell sent his regrets and did not attend. House Minority Leader Kevin McCarthy was also not present.

A private interment service will be held at Arlington National Cemetery next week, the Supreme Court said.

Ginsburg lay in repose at the Supreme Court earlier this week, where members of the public were invited to pay their respects. Chief Justice John Roberts spoke at a brief private ceremony Wednesday and called Ginsburg’s life “one of the many versions of the American dream.” He said the 483 majority and dissenting opinions she wrote during her 27-year tenure on the Supreme Court will “steer the court for decades.”

President Donald Trump paid his respects on Thursday before heading to Jacksonville, Florida.

Nancy Cordes, Bo Erickson and Caroline Linton contributed to this report. This story was originally published by CBS News on Sept. 25, 2020 at 10:59 a.m.