The Emmy-award winner’s teenage daughter joined the actress on the red carpet for the premiere of her Marvel debut. Find out more about Salma Hayek’s daughter here!

Salma Hayek, 55, was one of many stars from Marvel’s latest movie Eternals to bring her daughter to the red carpet premiere of the superhero flick! The 14-year-old Valentina Paloma Pinault looked just like a younger version of her mom, as they posed for photos! Prior to joining the Marvel Cinematic Universe, Salma has had an incredibly accomplished career in movies and TV. Salma has played comedic roles like in 30 Rock and Grown-Ups, but she’s also taken on plenty of serious dramas as well, like when she played renowned artist Frida Kahlo in the 2002 movie Frida, which earned her an Academy Award nomination.

Salma had Valentina in 2007, when she was engaged to her now-husband François-Henri Pinault, 59. Salma is growing up to look just like her mom, and it’s clear that the actress and her mini-me have a very strong bond! Here’s everything you need to know about Valentina! 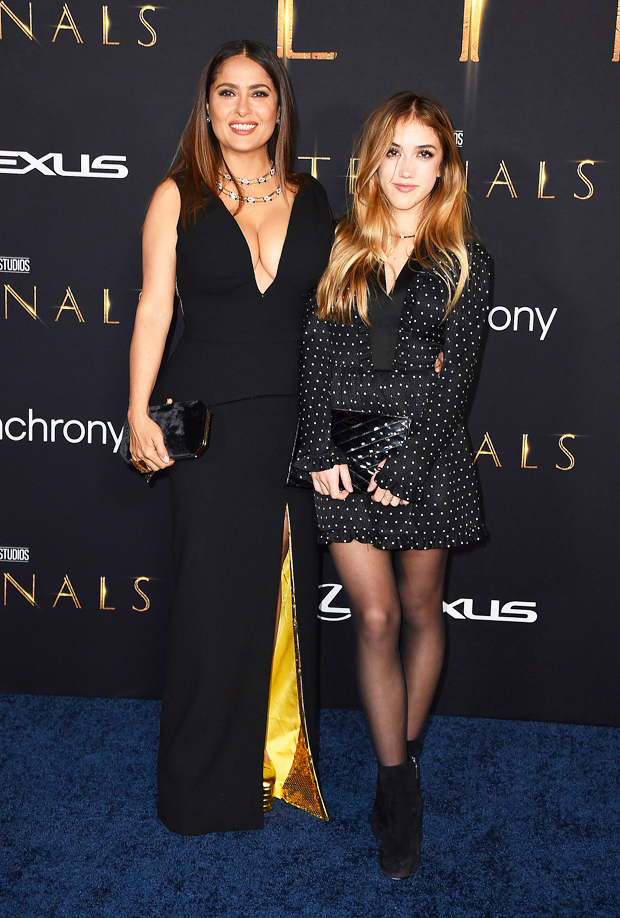 Valentina’s dad is a billionaire

While Valentina’s mom may be used to the spotlight, her dad is also incredibly notable as a French businessman. François-Henri and Salma have been married since 2009, but they had Valentina together in 2007. François-Henri comes from a very successful family. His dad is billionaire François Pinault, 85, and he founded the luxury goods company Kering, which owns major brands like Gucci and Yves Saint Laurent. François-Henri took over the company as CEO in 2005. He’s also the president of Groupe Artémis, which is a holding company.

Before François-Henri got together with Salma, he was married to a woman named Dorothée Lepère from 1996 to 2004, whom he has a son François, born in 1998, and daughter Mathilde, born in 2001, with. He also has another son Augustin James, born in 2006, from his relationship with Canadian model Linda Evangelista.

While she occasionally shares photos of her little girl, Salma has kept her daughter out of the limelight for the most part. Other than the red carpet at Eternals, Salma would occasionally post photos of the girl to her Instagram. Salma did write a touching tribute to Valentina  in September to celebrate her 14th birthday. “Blessed be the day you came into my life to shine your radiant light,” she wrote. “Thank you for being you!” 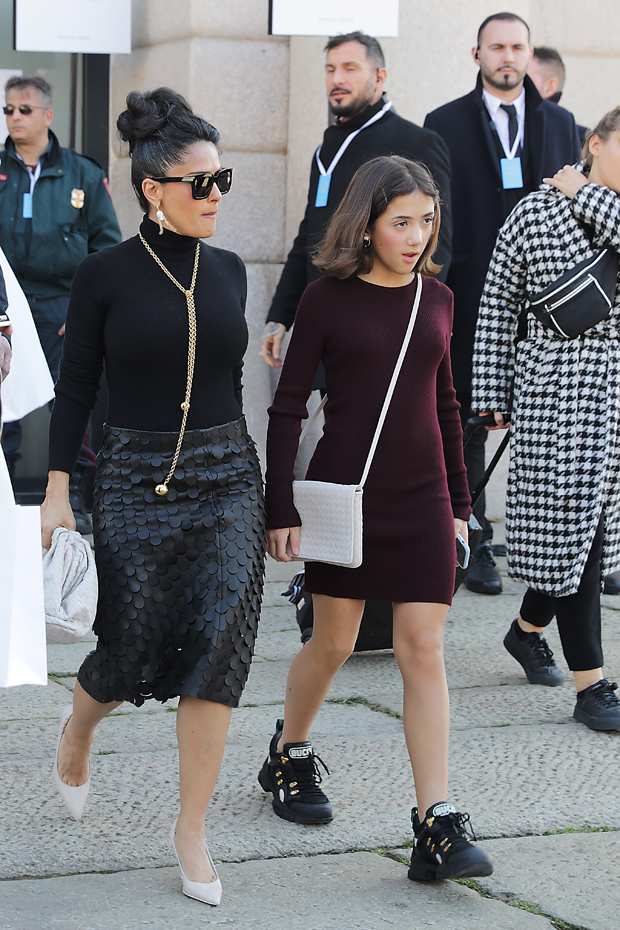 While Valentina seemed excited to see her mom’s performance in Eternals, the actress admitted that her daughter usually doesn’t watch her movies in a June interview with Seth Meyers to discuss her part in The Hitman’s Bodyguard’s Wife, which Valentina did see with her friends. “She insisted on this one. She never wants to see my stuff, but she insisted on watching this one and to go with her friends. I was really nervous and embarrassed. I said, ‘Don’t bring your friends. I’m going to really embarrass you.’ She’s like, ‘You embarrass me all the time, every day. What’s going to be different?’” Selma recalled.  The actress’s fears amounted to nothing, as the flick seemed to be a hit with Valentina and her friends. “They loved it, she says, ‘Mom, I understand it’s not you. It’s the character.’ I was quite impressed with that,” she said.

Salma has a lot in common with Valentina

Salma has opened up about her relationship with her daughter on occasion. She revealed that she felt like having Valentina at a slightly older age was a good decision in a 2019 interview with Town And Country. “I think I’m a better mother because I had her later,” she told the magazine. “But I do get tired. I’m not going to lie.” In the same interview, she also described her daughter as “very creative, very smart, very funny, and very willful.”