Sarah Michelle Gellar on returning to acting: I want to come in & chew some scenery 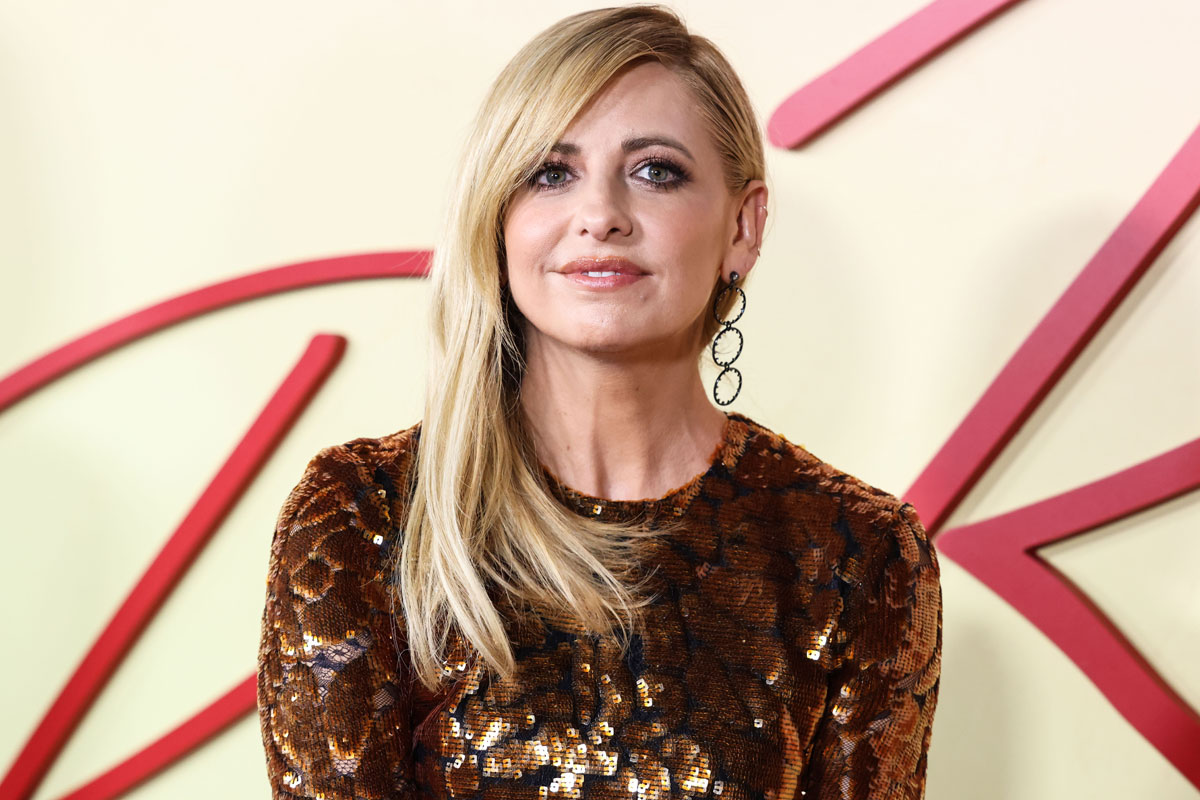 SMG is back, guys! She calls this piece in the New York Times her “first in depth interview in a long time” and it sounds like she’s officially reviving her career. As Hecate covered last month, Sarah stepped away from acting after costar Robin Williams’ death and she reiterates her reasons for that in  this interview. She talks about getting back into acting and her new projects, her approach to producing (she’s started production on the Teen Wolf spinoff in Atlanta), her long marriage to Freddie Prinze Jr., and her early experiences as a young woman in Hollywood. Some highlights:

Getting back into acting with her role in “Do Revenge”: I’ve taken quite a few years off, and I was just getting into the mind-set of, OK, I think I’m ready to go back to work, but I wasn’t 100 percent there yet. They sent me the script, and I said, it’s not really for me. I mean, if I was in my 20s, I would be clawing to star in that. But let me meet with Jenn. Within the first 10 minutes I realized, Oh, she’s my new best friend. I said, “I want to come in and chew some scenery and go home. I just want to dip my toes in the water.”

Her experiences as a young woman in Hollywood and why she doesn’t share her stories: It was really hard. There weren’t great female roles when I came up. It was the girlfriend role, the wife role. That’s why Buffy was so spectacular, because she really had something to do, and then we had “I Know What You Did,” where it was the women figuring things out. That was all a new turn of events. That was on the script side of it. And then there’s the other side of being a young girl in the business. Growing up in New York, I had a little bit of street sense going into it, which is helpful. But no, it was not easy. And I’ve had my fair share of experiences, I have just chosen not — I don’t win by telling my stories, emotionally, for me. I look at people that tell their stories, and I’m so impressed. But in this world where people get torn apart, and victim blaming and shaming, I just keep my stories in here.

Her approach toward producing: Especially now, I go into my projects as an executive producer. “Wolf Pack,” for example. I have these two young girls and two young boys [acting] on it. I have made it very clear from Day 1 that if there are things the production wants to talk to them about, I want them to go through me. Because I’ve been there. And I want [the performers] to always have a safe space. But also, I always try to come in with a smile on my face and set a tone on a set. We’re all equals. It doesn’t matter what job someone does, they get treated exactly the same.

[From The New York Times]

In addition to her role in Do Revenge, Sarah also has a cameo in Clerks III. I think these smaller roles are good reentry point for her to get back into acting after years away. I watched Do Revenge and her small role did seem like the adult version of her Cruel Intentions character. I like that the idea of role was brought to her and she helped create it; and I liked that in the role the two younger actresses were obsessed with her character. She also mentioned in the longer interview that she was ultimately glad the Cruel Intentions reboot pilot didn’t go forward on NBC because “it’s just not a network show,” which I think is correct.

What Sarah says about her experiences as a young woman in Hollywood is vague, yet still very illuminating. I know  people were disappointed by her somewhat general statement against Joss Whedon last year, but as a OG Buffy fan, it was always very clear there was no love lost between the two, even though the reason why was never clear. Even if her “fair share of experiences” weren’t specifically with him, Sarah’s point about choosing not to tell her story is helpful for people to remember. It doesn’t help everyone emotionally to share their stories and she’s wary of blaming/shaming (it does seem like the tide has turned against women again). But after all these years in the business, it sounds like Sarah has her approach to producing down pat and she’s creating a positive and safe environment on the Teen Wolf set.

Also, Sarah’s rarely-photographed teen daughter, Charlotte, went with her to the Do Revenge premiere. She’s so tall!