On Thursday, Scarlett Johansson made her first appearance on the red carpet since giving birth to her second child, Cosmo, in August. Cosmo is her first baby with husband Colin Jost. The event was the 35th American Cinematheque Award, which was going to Johansson herself, and is meant to honor people who have made a significant contribution to film. The award winner looked sleek and sexy in a custom white Versace suit. Under the silk jacket, she wore a sparkling silver corset top that showed off her beautiful décolletage, framed by a chain necklace. 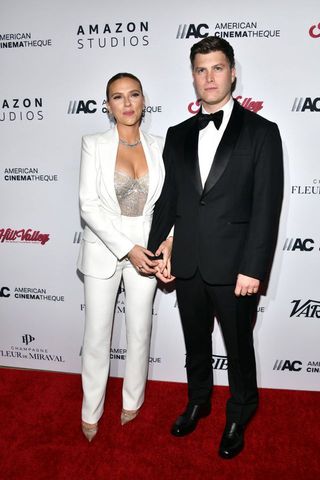 Her hair was slicked back in a neat bun, and she wore silver drop earrings, simple make up, and glittering heals. 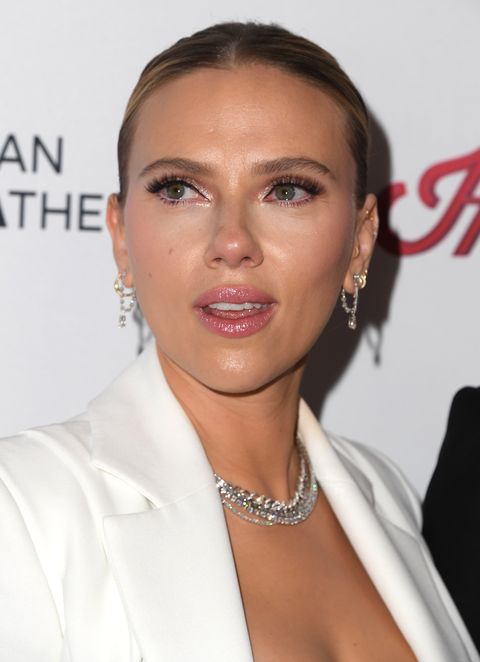 The back of the suit’s jacket was designed with a cut out to show the silver straps of Johansson’s top and her tattoo of flowers and vines. 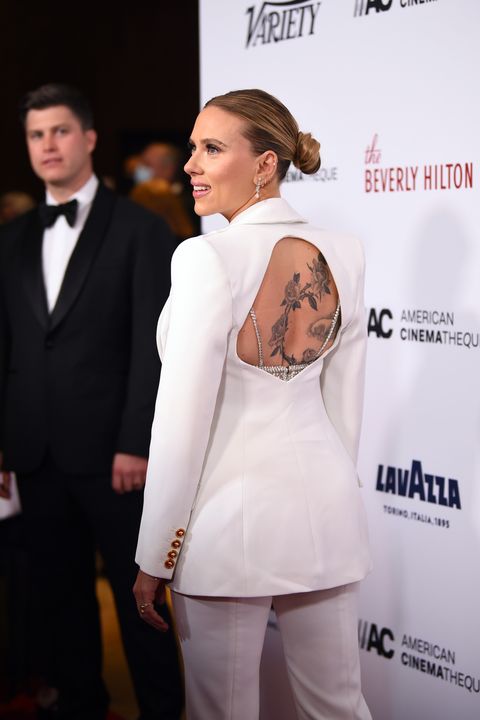 The 36-year-old actress told Entertainment Tonight that new motherhood has been “bliss.”

“I feel very fortunate that I’ve been able to take this time to really enjoy the early stages of my motherhood with our son,” Johansson said. “It’s been wonderful. I’m in a ‘baby bliss bubble.’”

Johansson’s daughter Rose Dorothy, who she had with ex-husband, French journalist Romain Dauriac, isn’t feeling as blissful about the new addition.

A source told People that Johansson and Jost loving the experience of being parents together after tying the knot.

“They wanted this child who will fit right into their lives since they already have her daughter,” the source said. “They are an awesome couple, both talented, smart and clever. They will be the best parents.”