He bowed out of public life at the last General Election, but the best of Sir Vince Cable may be about to come.

Rather than content himself with knocking out another memoir (his first version appeared in 2010), the former Strictly star and erstwhile leader of the Liberal Democrats has, I can disclose, persuaded his second wife, Rachel, to unlock her diaries in readiness for a tell-all ‘his-and-hers’ joint book.

Sir Vince, 77, who wears two wedding rings — one commemorating his marriage to his late first wife, Olympia Rebelo, and the other honouring his union with Rachel, whom he married in 2004 — admits the inspiration for the idea came from across the political divide.

‘We’ve seen Sasha Swire’s diaries which caused a bit of a scandal,’ he says, alluding to what one critic described as the ‘viciously funny’ Diary Of An MP’s Wife, by the spouse of former Foreign Office Minister Sir Hugo Swire. ‘My wife is more generous in her judgments,’ muses Sir Vince, perhaps thinking of Swire’s observations about Michael Gove and his ‘slinky’, which, she alleged, ‘comes down the stairs before the rest of the body’. 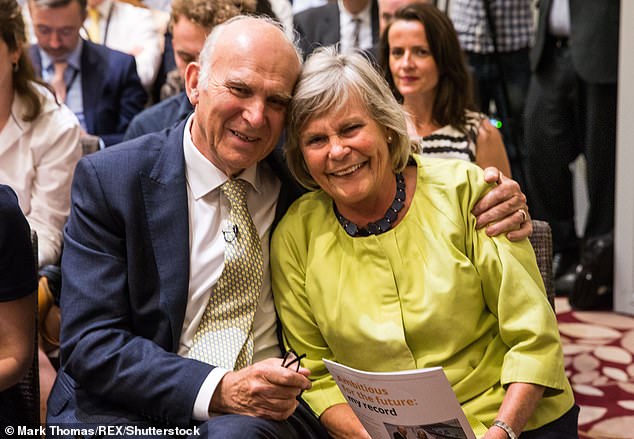 The former Strictly star and erstwhile leader of the Liberal Democrats has, I can disclose, persuaded his second wife, Rachel, to unlock her diaries in readiness for a tell-all ‘his-and-hers’ joint book

Sir Vince, who says that the book ‘will have the flavour’ of Swire’s work, explains that Rachel’s diaries were jotted down when his party was in bed — figuratively, at least — with the Conservatives, in the Coalition government led by David Cameron. ‘We’re using my wife’s diaries because she had more time to reflect on what was going on.’

Rachel’s liberal values extended far enough to sanction her husband’s appearance on a Strictly Christmas special in 2010, at a time when he was Business Secretary. Paired with the beguiling professional dancer Erin Boag, his foxtrot earned him a score of ten out of ten.

‘I’ve discovered in lockdown I have a vast collection of papers in my loft,’ he explains of researching the new book, ‘and I’ve started working through them.’

At least we’ll know which bits to skip. 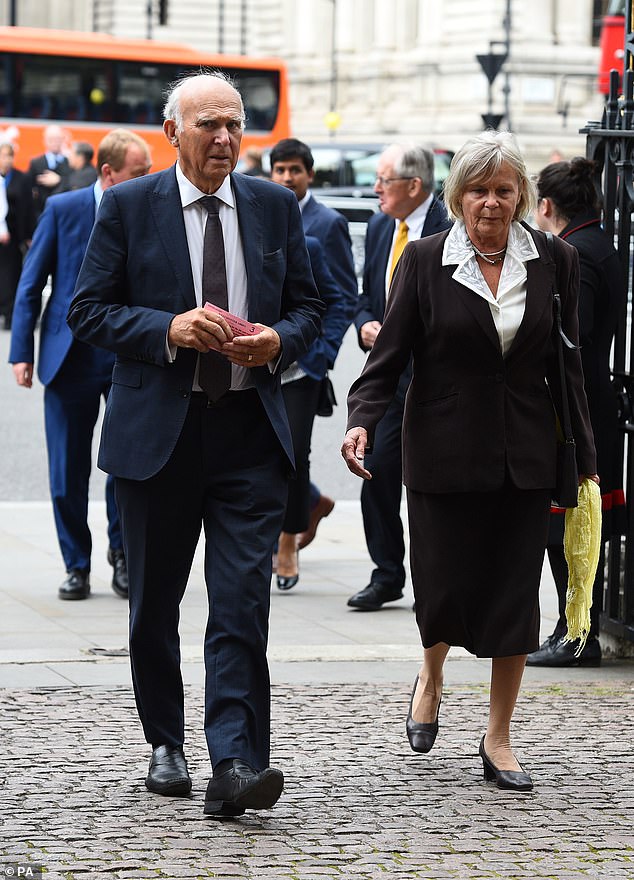 Rachel’s liberal values extended far enough to sanction her husband’s appearance on a Strictly Christmas special in 2010, at a time when he was Business Secretary

Will Boris Johnson take advice from David Cameron’s ex-spin doctor, Andy Coulson? The former newspaper editor, who served almost five months in jail on phone-hacking charges, has returned to the fray as a crisis consultant and is taking aim at the PM’s Covid strategy.

‘There was a mistake quite early on,’ says Coulson. ‘I love the old Churchill line that scientists should be on tap, but not on top.

‘I think that we put too much power in the hands — from a communications point of view — of the scientific community.’

‘My biggest challenge is keeping all the plates in the air as a working mum,’ says the 51-year-old, who has two daughters with TV host Vernon Kay (pictured with her above).

‘Being there for everything, not missing any of the special school-related occasions, being there when my kids need me — and they need you more than ever when they get older — but also doing the job that I love defines me as a person.’ 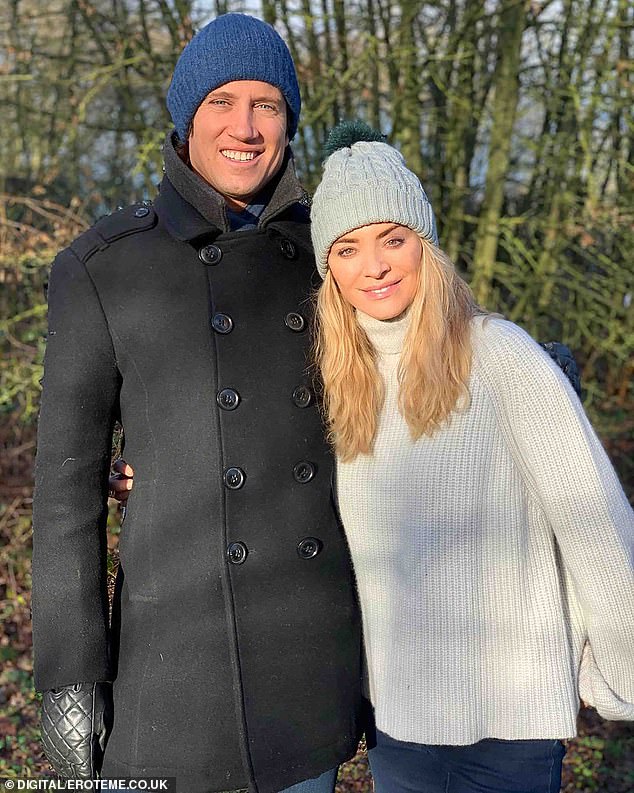 Downton Abbey creator Julian Fellowes admits his penchant for writing about the upper class has caused rifts in his family.

In a Zoom meeting this week for The Trollope Society, of which he is president, the Oscar‑winner confessed: ‘[Anthony] Trollope and I share a fascination with money and status and marriage.

‘I have a very Left-wing brother who always criticises me for it.’ Lord Fellowes has three brothers: actor David, Nicholas and playwright Rory, though did not disclose to which one he was referring.

‘And I say: “No, not everyone’s got to have it. Just everyone in something I’ve written.” ’

How brave Salma got back in the saddle . . .

Nearly killed by a horse at the age of 21, Hollywood star Salma Hayek, who vowed never to ride again, reveals she has finally found a way to get back in the saddle.

‘Just lately I shot a film called The Eternals, and I ride a horse in that. It kind of healed my anxiety about riding,’ says the 54-year-old, who will play superhuman Ajak in the forthcoming Marvel film, alongside Angelina Jolie.

Describing her past ‘traumatic accident’, which took place in her native Mexico, the wife of luxury goods billionaire Francois-Henri Pinault, adds: ‘The horse went insane. He was banging me against the rails and tried to kill me on the ground. I gave up riding.’ 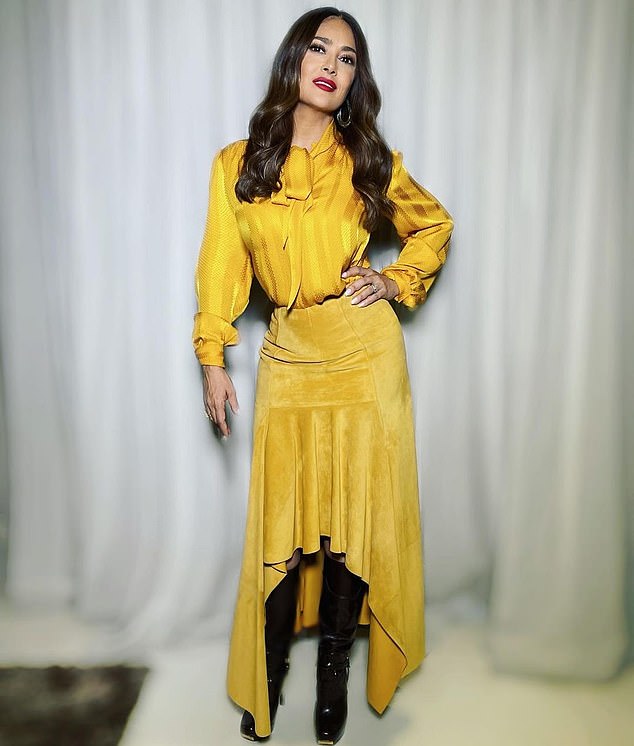 Nearly killed by a horse at the age of 21, Hollywood star Salma Hayek (pictured), who vowed never to ride again, reveals she has finally found a way to get back in the saddle

A Bridgerton too far for author Julia?

Big-budget bonkbuster Bridgerton may have captivated Netflix audiences, but fans shouldn’t hold their breath for more of the books, as the author, Julia Quinn, claims she’s had enough of the Regency era in which it’s set.

‘When I finished the last novel, I had been in this world for so long and I needed to stop,’ explains Quinn, 51. ‘Then I went back and inhabited the same world — I did some prequels.

‘So many people then said: “We want to read about their children.” I did not want to do that. I mean, the fashions were awful.’

Actress Jenna Coleman, who plays Queen Victoria in the ITV royal drama, laments not being able to gobble down comfort food like the portly monarch used to do.

‘I’ve got a gluten allergy, so there’s so much stuff I can’t eat,’ says the 34-year-old (pictured left). ‘I’m so used to it now, but to begin with it was hard, because I was that person in the restaurant who couldn’t eat certain things, or walk down the street and get a takeaway pizza.

‘It really changes your life because you can’t be carefree in that way. I don’t even like beer, but I would love just to have one.’ 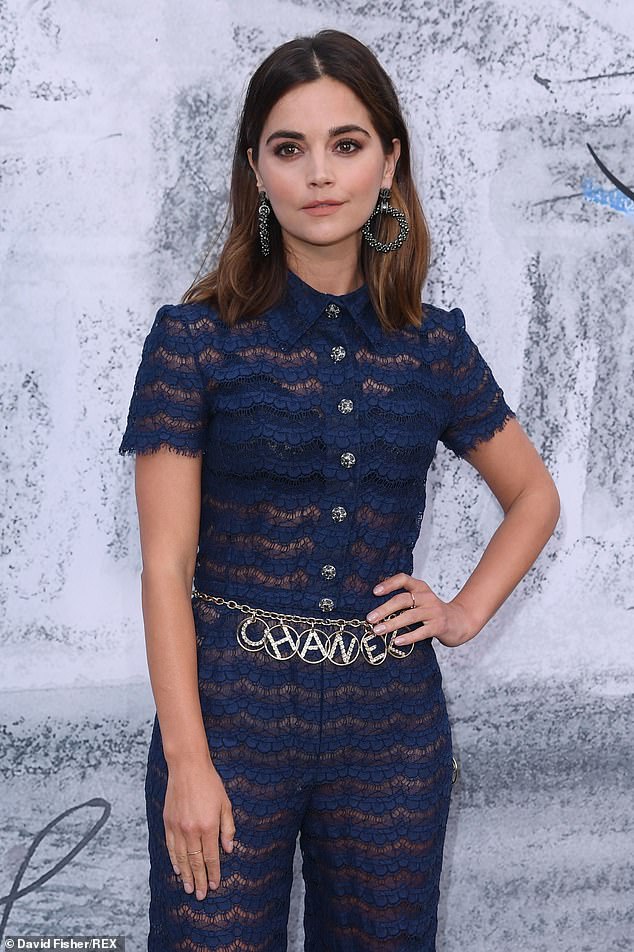 Actress Jenna Coleman (pictured), who plays Queen Victoria in the ITV royal drama, laments not being able to gobble down comfort food like the portly monarch used to do

Ronnie Wood’s former wife Jo Wood admits she’s struggled to find love since her rock ’n’ roll marriage ended in 2009. ‘Guys say to me I have set the bar too high by being an ex-wife of someone from the Rolling Stones,’ says Jo, 65. ‘They are really scared of that.