Snubbed for a phone? There’s no need to take it personally

London: The impolite habit of ignoring a partner while answering emails, or scrolling on a smartphone, is such a widespread phenomenon that behavioural experts even have a term for it – “phubbing”.

The word – a contraction of “phone snubbing” – was coined to highlight the damage caused to relationships when overuse of technology leads to neglecting real-life communication.

Yet research suggests that technology has become such a part of everyday life that phubbing no longer holds the same power to irritate and cause strife. 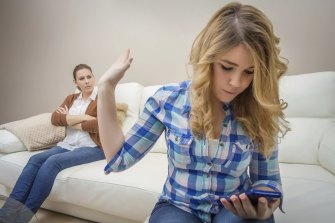 Being ignored for a phone is no longer the irritant it once was.

A new study into phubbing released this week by Baylor University in Texas surveyed more than 450 people and found that 95 per cent felt phubbing was not personal, and accepted that phones were often used simply out of habit.

The team found that although phubbing is still a “social allergen” that can exasperate, it usually only tends to cause distress when a relationship is already on the rocks, or when a partner does it intentionally to harm. “Smartphones have become part of the social landscape and their presence is taken for granted,” the researchers conclude.

The study is one of several recently that suggest technology is not as damaging to health or relationships as experts once feared.

It may even be beneficial.

Earlier this week, Cambridge University found that reducing television viewing to less than an hour a day could help prevent more than one in 10 cases of coronary heart disease.

But, in a curious secondary finding, there was no such correlation for leisure computer time, suggesting technology is not as harmful as slumping on the sofa watching box sets. The researchers said that people may snack less when surfing the web or are more likely to break up the activity with other pursuits.

Similarly, a recent study by Griffith University, in Queensland, Australia, found more smartphone use was associated with better parenting.

Two recent studies have also upended the common belief that watching screens before going to bed disturbs sleep. In research published in the Journal of Sleep Research, the University of Buffalo, New York, found sleep quality – measured by length of time in REM and deep sleep – was unaffected by media use in the hour before bed.

“We found that media use just prior to the onset of sleep is associated with an earlier bedtime and more total sleep time, as long as the duration of use is relatively short and you’re not multitasking, like texting or simultaneously scrolling social media,” said co-author Dr Lindsay Hahn.

“Watching a streaming service or listening to a podcast before bed can serve as a passive, calming activity that improves aspects of your sleep.”