Stacey Solomon: ‘It’s over for me’ Joe Swash’s girlfriend speaks out on ‘cheating’

Stacey Solomon, 30, opened up about how she would react if her other half cheated on her while discussing infidelity with her Loose Women co-hosts. The mum-of-three, who is in a relationship with Joe Swash, 37, addressed the subject after weighing in on Coronation Street’s recent cheating storyline which involved Tracy Barlow sleeping with lawyer Paula behind her husband Steve’s back.

Fellow Loose Women panelist Kaye Adams then quizzed Stacey about whether she would forgive her partner if he had a same-sex fling.

She said: “If it was a guy then your relationship is over, I guess.”

However, Stacey insisted she would end her relationship either way, replying: “It’s always over for me.”

Kaye then stunned Stacey when she suggested if her partner slept with another woman she would try to save the relationship. 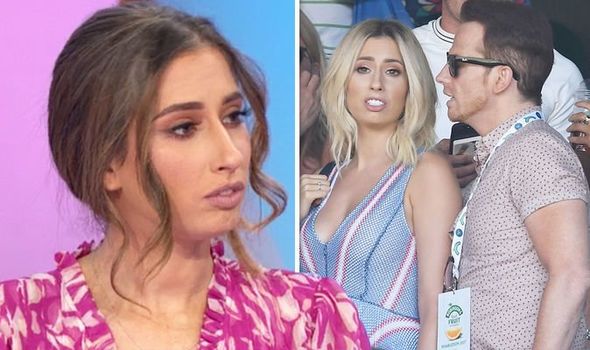 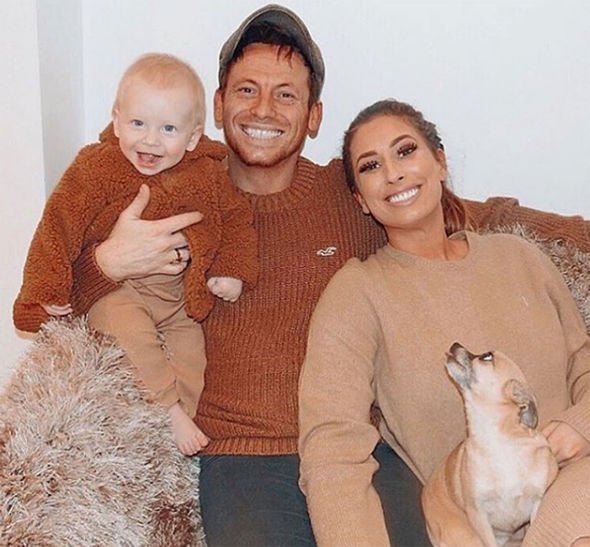 “Would you? I can’t imagine that,” Stacey exclaimed.

She went on to add: “I always thought you would be like me, like that’s it. Gone.”

However, when the panelists questioned each other on if they would be more or less upset if their partner betrayed them with a member of the same sex, Stacey claimed she’d be more heartbroken if Joe cheated on her with a woman. 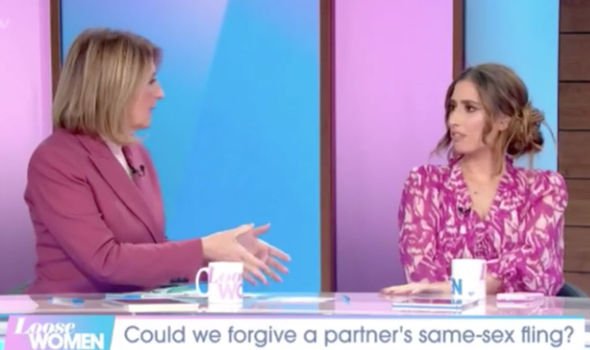 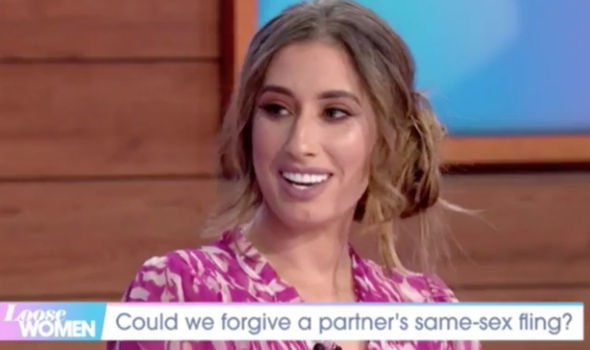 “If he cheated on me with another woman I’d think I’d done something wrong.”

The TV personality continued: “I think ultimately I would understand that some people don’t know who they are for a while.”

Stacey then quipped: “I’d rather he was thinking of Dave rather than Victoria!”

Elsewhere, the former X Factor star admitted she had been dealing with some “worries” in a series of candid Instagram posts.

Stacey, who recently gave birth to her first baby Rex with partner Joe, revealed she was feeling “anxious” due to lack of sleep.

She explained she had been struggling to get a good night’s sleep recently while tending to her youngest child.

In view of her 2.6 million followers, she said in a video: “Back at Loose Women today and I was just reading through all your messages from last night, they’re so lovely, thank you.

“I think you forget what waking up in the night does to you so after a good few weeks of it, it builds up and you just get a bit of an anxious mess.

“It’s only this morning because he slept through the whole night that I realised, that’s what I needed, a full night’s sleep! But thanks you guys!”

Stacey captioned the Instagram stories: “Just sitting on the toilet reading through your messages, as you do…

“Thank you for all of your lovely messages, I forget what waking up in the night does to your mind…”

She added: “It’s only this morning, after he slept through the night, I realised why I’ve been feeling so funny! They don’t use sleep deprivation as torture for no reason. Love you guys.”