Spousal shade? Cassandra Jean Amell hinted at having some trouble working with her husband, Stephen Amell, before they were involved in an altercation on a flight returning from Austin, Texas.

The couple, who wed in December 2012, discussed their collaboration process on Speech and Debate during a panel at the ATX TV Festival on Saturday, June 19. At the event, the Hung alum, 40, and the Texas native, 35, appeared alongside Aisha Tyler and Kamen Edwards, who also worked on the independent project. 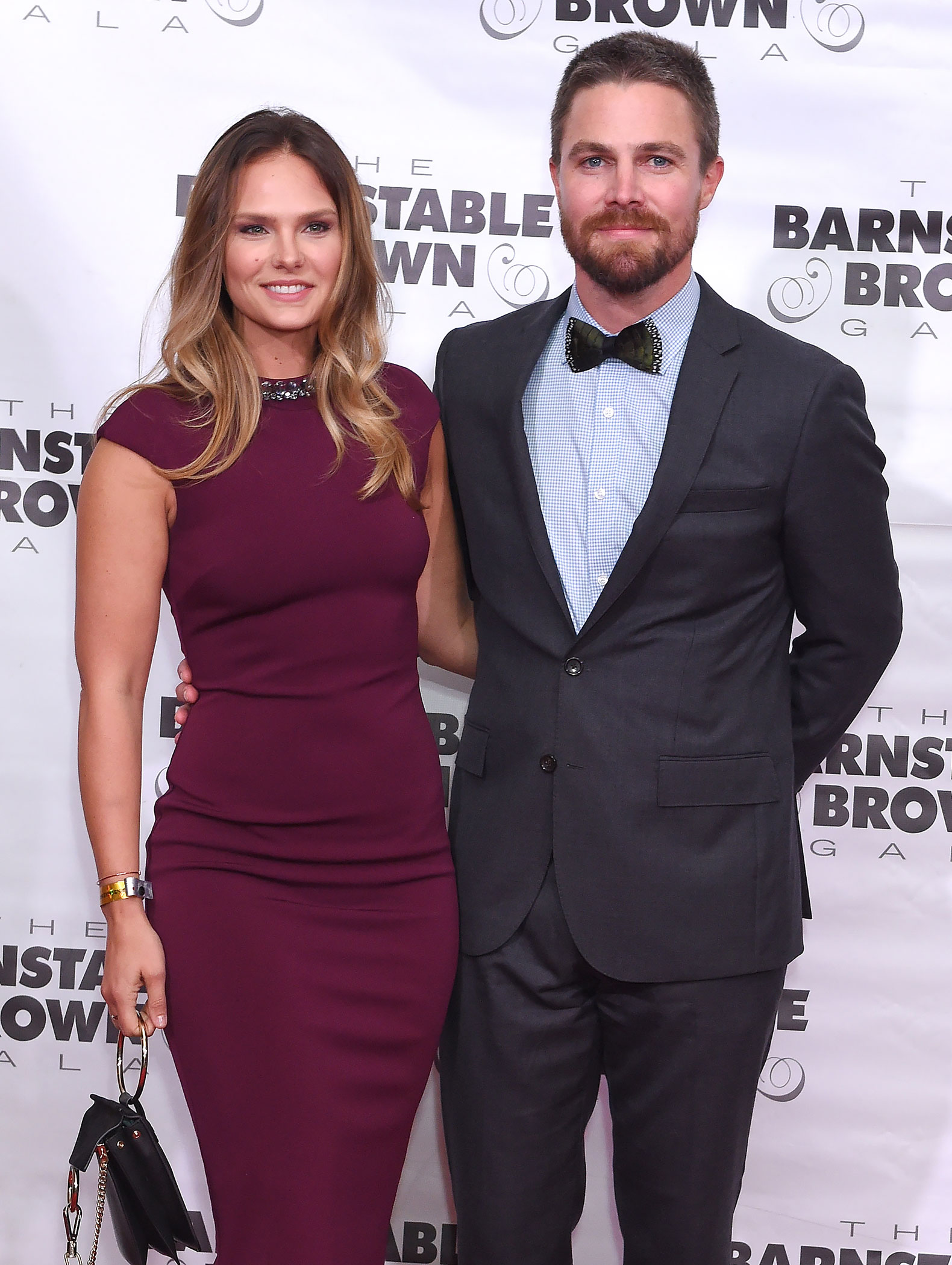 Cassandra Jean, who directed the short, sat beside her husband during the Q&A. When a fan asked what it was like for the pair to work together in a professional setting, the Yellow actress joked that Stephen displayed some diva-like behavior because he was used to being on a much bigger production after starring The CW’s Arrow for eight seasons before its 2020 finale.

At first, the Private Practice alum seemed taken aback by his wife’s comment, but conceded that he may have struggled to hand her the reins on the project and take direction from his spouse. He later admitted to acting like a “turd” during the coronavirus pandemic when he was unable to work.

Before teasing that the foursome was headed to a bar after the panel wrapped up, Cassandra Jean recalled Stephen once telling her he wouldn’t do any more takes while filming Speech and Debate because he was certain he’d given her his best material. Despite his pushback, she would make him do the scenes again because cameras hadn’t been on him.

True Love! Celebrities Who Found Best Friends in Their Costars

On Wednesday, June 23, Stephen spoke out after being asked to exit a Delta flight following an alleged drunk altercation with his wife. “My wife and I got into an argument Monday afternoon on a Delta flight from Austin to LA. I was asked to lower my voice and I did. Approximately 10 minutes later I was asked to leave the flight,” he tweeted after several outlets reported that he had been escorted off of a plane. “And I did so immediately. I was not forcibly removed.”

He continued, “I rebooked myself on a Southwest flight 2 hours later and traveled home without any further issue. I let my emotions get the better of me, end of story.”

The airline addressed the situation in a statement to Us Weekly on Wednesday, noting that the flight took a “brief” delay in its departure due to “an unruly customer” on the aircraft.

Stephen was previously married to Carolyn Lawrence from 2007 to 2010. Two years after his divorce, he tied the knot with Cassandra Jean in a private ceremony in the Caribbean. They exchanged vows once more in New Orleans in May 2013, five months before welcoming their daughter, Maverick.

In the months leading up to the Texas incident, the former America’s Next Top Model contestant gave fans glimpses of how she and Stephen were spending their time amid the COVID-19 crisis. “Sometimes you just need a little magic,” she captioned a family photo from a Disney World trip in April.

One month later, the trio jetted off to the Maldives. “Nice view. And I’m not just talking about @discoversoneva,” Cassandra Jean teased alongside a shirtless snap of the actor perched on a palm tree on the beach in May.