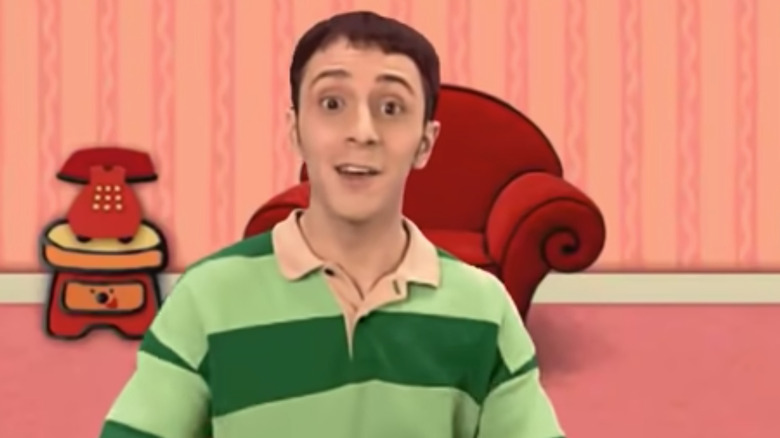 The original viewers of Nick Jr.’s series “Blue’s Clues” might now be now firmly into their 20s and 30s, but one thing they all remember is when Steve, the original host, left to go to college. Of course, in reality the real Steve Burns just felt like it was the right time to leave the show — in almost 20 years since he left and was replaced by Donovan Patton, who played his younger brother, Joe, he’s dabbled in music and continued to act (via Cheat Sheet), but his “Blue’s Clues” role remains his best known.

He was involved in the 2019 revival “Blue’s Clues & You,” mostly behind the scenes, but did appear in the premiere along with Patton, in which they welcomed their “cousin,” new host Joshua Dela Cruz (via TV Insider). Two years later, he made the news again: for the show’s 25th anniversary, he appeared in a video on Nick Jr.’s Twitter account (via The Daily Beast), sending the millennials who’d grown up watching “Blue’s Clues” into a frenzy.

Being a character beloved by a generation of (now adult) viewers, however, wasn’t all fun and games. What was the hardest part about filming the now-classic kids’ show?

Being the only live-action character had its challenges 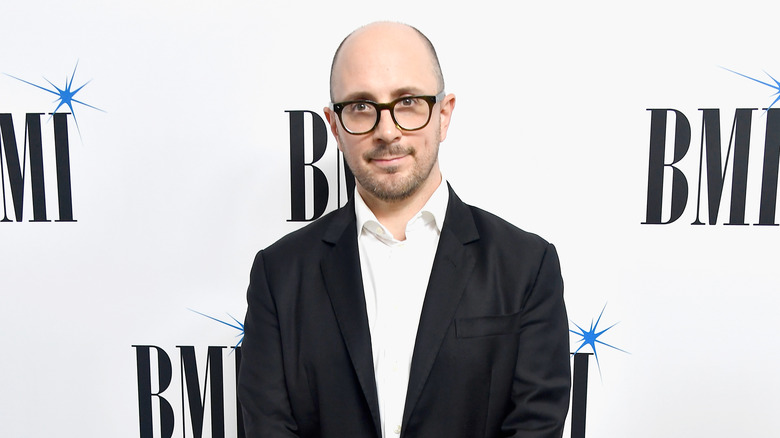 According to an interview with Burns from back in 2004, his least favorite part of filming “Blue’s Clues” was the blue screen (via Spin): “Acting on a blue screen is awful … Ask Ewan McGregor — and he had dwarves and whatnot to act with … I was at a place where I do this forever and make this who I am, or I do a whole bunch of other exciting stuff.”

Per Shutterstock, blue screen technique is among the most common types of scene setting when filming, and is also known as chroma key. The actors — or, in this case, actor — perform in front of the blue screen, which is replaced by other appropriate visuals during the editing process. “Blue’s Clues” is notable for its use of cutout animation and mix of animation and live-action filming — of course, Burns and the other hosts spent most of their time on the show talking to animated characters, which must have been something of a challenge. It’s unsurprising that acting on a blue screen was his least favorite part of making the show.