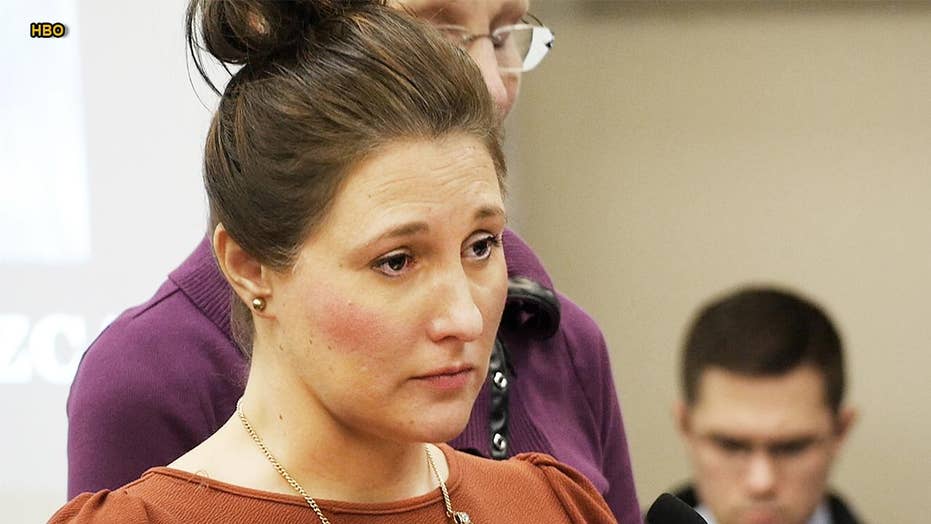 Erin Lee Carr and Sarah Gibson were hearing rumblings of a doctor committing heinous acts to young female athletes when they decided to pick up their cameras and investigate. The filmmaker and producer soon became immersed in a nationwide scandal.

Their new HBO documentary, “At the Heart of Gold: Inside the USA Gymnastics Scandal,” takes an inside look at the sexual abuse cases that shook the sports world in 2017 — and continues to do so. The film examines how Larry Nassar, the osteopathic physician for the U.S. women’s Olympic gymnastics team, was able to go undeterred for so many years.

The disgraced doctor worked at Michigan State University and the USA Gymnastics, which has trained Olympians for decades. The now-55-year-old pleaded guilty to sexually assaulting young female athletes and possessing child pornography and was sentenced in 2018 to 40 to 175 years in prison.

More than 160 women have claimed Nassar sexually abused them in a span of over 20 years, The New York Times reported.

One of them was Trinea Gonczar, who told Glamour magazine Nassar, a family friend, first gave her an intravaginal massage for a gymnastic injury in 1990 or 1991 when she was just 10 or 11. She estimated to have received about 800 so-called treatments. Gonczar admitted to Fox News she initially hesitated to recount the pain and shame she endured.

The accusers, many of whom were children at the time they were abused, said they trusted Nassar to care for them properly and were in denial about what was happening or were afraid to speak up.

“I was in a very different place and I think that was my hesitation, my fear of the documentary [was] going back to that place,” she said. “And it is extremely heartbreaking. I think people forget one, that we’re all human, but two, when… somebody in your life does this to you, there’s a lot of steps that you go through in the journey of healing. Mine really just started with the sentencing and the trial.” 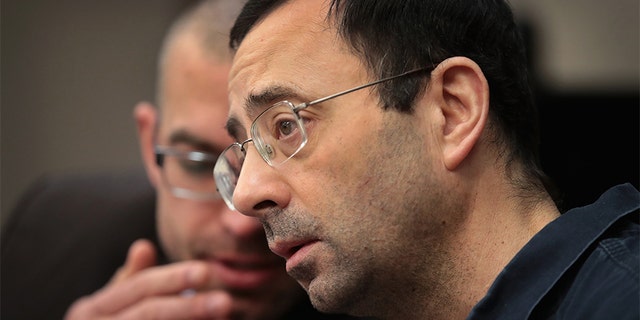 Larry Nassar appears in court to listen to victim impact statements during his sentencing hearing on January 17, 2018, in Lansing, Michigan. He was accused of molesting more than 100 girls while he was a physician for USA Gymnastics and Michigan State University.
(Scott Olson/Getty Images)

Then there's the case of Amanda Thomashow, who was a graduate student at Michigan State University in 2014 when an old cheerleading injury started to flare up, NPR reported. Thomashow’s mother, a pediatrician, recommended Nassar, a doctor she’s known since medical school. Thomashow told her mother she was molested during the exam and decided to make a formal complaint, which resulted in two investigations. Nassar talked his way out of the investigations and was cleared.

“There was a moment at the end of the appointment where he didn’t want me to leave,” recalled Thomashow. “He had been making comments about how he could work around my period, which made it clear to me that this was something he did. And at that moment, there’s these little girls in leotards all over the walls in his office. It was clear to me that those little girls thought of him as the good guy and maybe he was doing this to them too. He was a bad guy to me, so I had to report him.”

Carr shared Nassar did whatever he could – giving gifts, befriending families – to gain access to young athletes in need.

“I’m so glad that we’re sitting here, but this didn’t have to happen,” said Carr. “There is bravery, but there’s a lot of intense anger. I know that isn’t super popular, angry women. I guess it’s popular in my world. But this didn’t have to be. And the film is also about accountability and holding those accounts to power and showing what they did, in real time, as a reaction to this… The women next to me grew, but at what cost?” 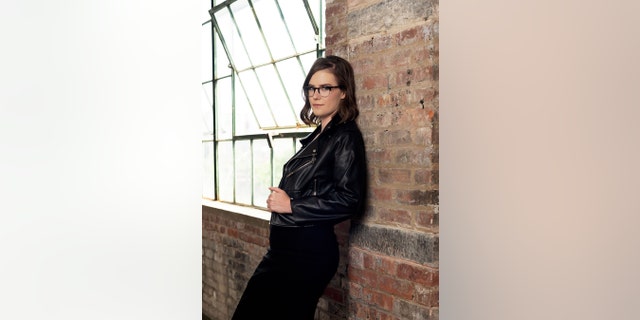 Olympic gold medalist McKayla Maroney added her voice to the #MeToo movement in October 2017, when she came forward and said Nassar molested her from age 13 until she left the sport in 2016.

Olympic gymnasts Aly Raisman, Gabby Douglas and Simone Biles also said Nassar would use his ungloved hands to touch them inappropriately while they were on a table seeking help for various injuries.

Thomashow said that while she was grateful Nassar was finally exposed to the public, she struggled with the intense media scrutiny that focused on a terrifying ordeal. 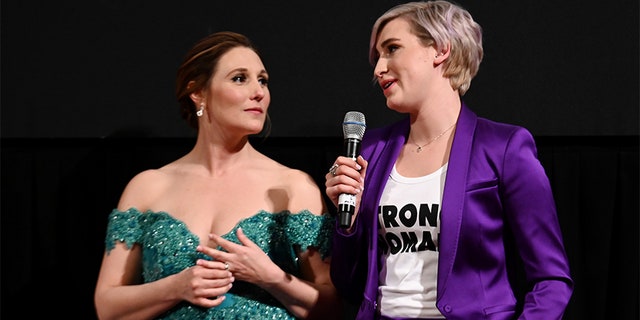 Trinea Gonczar (L) and Amanda Thomashow speak during the premiere of "At The Heart Of Gold: Inside the USA Olympics Scandal," on April 25, 2019 in New York City.
(Noam Galai/Getty Images for Foundation for Global Sports Development)

“It’s not fun being famous for being sexually assaulted,” she said. “It hasn’t been the best time, especially when you hear about the negative comments make or comments on YouTube saying, ‘Oh, they’re just paid actors,’ things like that. It’s just horrifying because nobody wants to have to get up in front of an audience and say, ‘I’ve been sexually assaulted and here we are.’ And to deal with backlash and hearing victim blaming and shame. It’s been hard, but we persevere.”

“There are some really sad, heartbreaking moments for all of us that we have to unify and be there for each other,” chimed Gonczar. “Because nobody can quite understand what it is like to be called liars, or money hungry, or actresses, or actors, based on sexual assault.”

“And it feels gender specifically honestly,” added Carr. “It was something we weren’t able to include in the piece. Did Penn State survivors have to come forward and show their faces? They did not. There is an added weight that comes with being a woman in this space. You have to share your identity with what happened to you.” 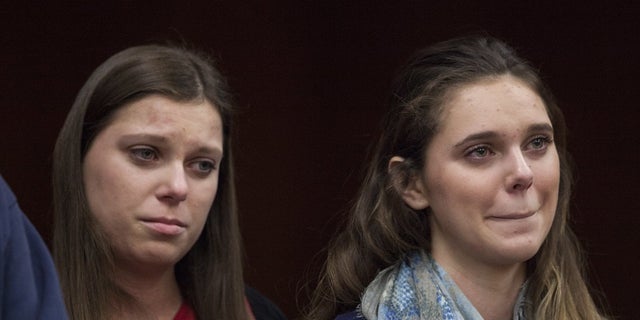 The U.S. Olympic Committee began the process of stripping USA Gymnastics of its governing status last fall. USA Gymnastics filed for Chapter 11 bankruptcy protection in December in an effort to reach settlements in the dozens of sex-abuse lawsuits it faces from athletes who blame the group for failing to supervise Nassar.

“I think that it’s not just about reporting,” said Carr on why Nassar was able to get away for so long. “It’s really furthering the conversation about mandatory reporting. If you have an institution just by virtue of how it exists it will protect itself. There needs to be law and governance surrounding if there’s an accusation… I think that more training for police [is needed] and [taking] sexual assault more seriously.” 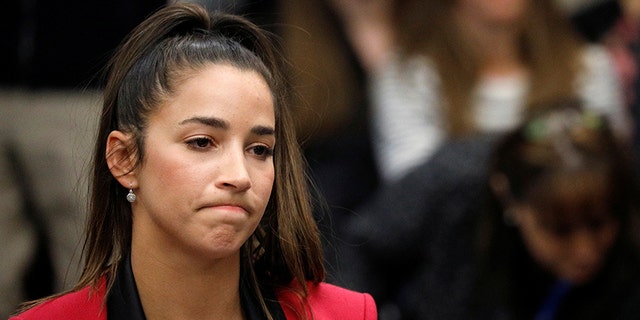 Aly Raisman told Larry Nassar he would not stop her from loving gymnastics.
(Reuters)

“We really wanted to take what we’ve been through and make something positive out of it,” said Gonczar. “… Survivor Strong is an opportunity for us to educate… Training is the most important place when it comes to sexual violence. Not everyone understands what it’s like to be a survivor, how to prevent it or how to make it better for that survivor. I think we’re really hitting hard with that out of the gates and really want to make some change.”

"At the Heart of Gold: Inside the USA Gymnastics Scandal" premieres Friday, May 3 at 8 p.m. on HBO. Fox News' Katherine Lam and The Associated Press contributed to this report.