The Best Movie Soundtracks Were So Good, They’ll Live On Forever 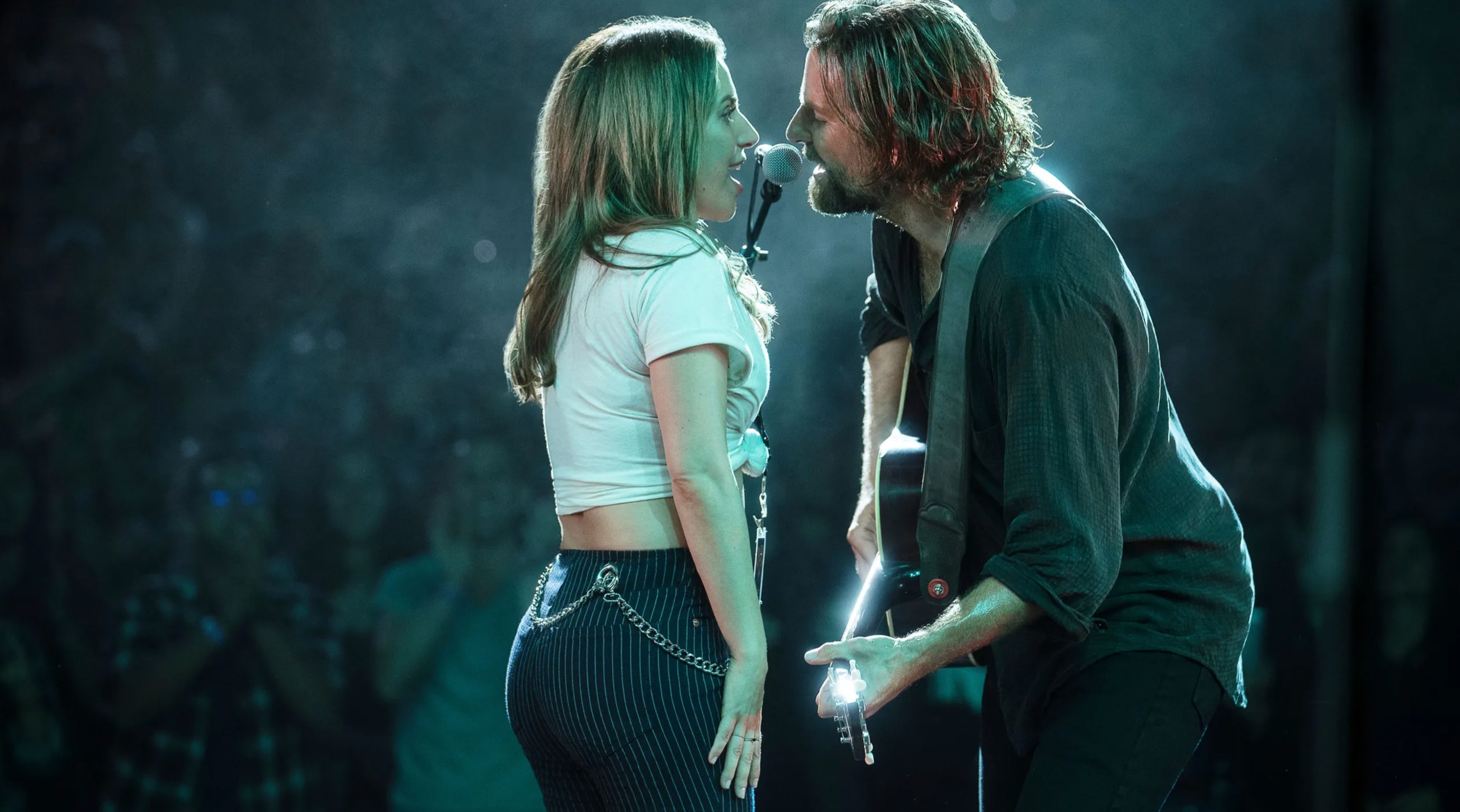 What’s a movie without the music? A solid soundtrack can truly make or break the cinematic experience, and there’s a long list of films that prove that. A perfectly curated collection of songs can heighten emotion, add dramatic effect, or make for a picture-perfect happy ending, and some soundtracks have cemented themselves as being equally iconic as the film it accompanied. The 20 best movie soundtracks were so good, every film buff should have them on their radar.

It’s hard to imagine what the Wizard of Oz would be without Judy Garland’s "Somewhere Over The Rainbow," and 1987’s Dirty Dancing simply wouldn’t be the same without "I’ve Had The Time of My Life." These songs made for defining moments in each respective film, and while actors get a lot of the attention, it’s the people behind the scenes really making the magic happen. At the same time, these songs were so loved, they became standalone hits, taking on a life of their own on radio and mainstream music charts.

On set, a music director is responsible for overseeing the overall atmosphere of the music, and it’s an essential job when it comes to making a flawless film. There’s even an Oscar category for Best Original Score — a nod to the importance of queueing up the right music.

These movie soundtracks are so good, you won’t want to hit the "skip" button on a single song.

When it comes to feature film theme songs, few are as iconic as Celine Dion’s "My Heart Will Go On," which appeared on the November 1997 soundtrack for Titanic. The opening notes of the heartbreaking ballad instantly conjure up the image of Rose and Jack on the famed ship. A tear-jerker, but a classic. The song was such a hit, it won Record of the Year at the Grammys and debuted at No. 1 on the Billboard Hot 100 chart. The rest of the movie’s soundtrack was equally as impactful,at least emotionally.

Phil Collins’ "You’ll Be In My Heart" was the perfect romantic bop to coincide with Tarzan and Jane’s jungle romance. In fact, it won a Golden Globe Award for Best Original Song. The full soundtrack for Tarzan was a wild ride, also including standouts like "Trashing The Camp" and "Strangers Like Me."

The Whitney Houston-led soundtrack featured in The Bodyguard couldn’t have been any more soulful, making it just the right fit for the emotional roller coaster of a film. Not only did Houston have a direct hand in making the soundtrack, but it broke sales records, becoming the best-selling soundtrack of all time. Standout songs included "Queen of the Night," I Will Always Love You," and "I Have Nothing."

The Clueless soundtrack was as fun-loving as its focal character Cher Horowitz. With ’90s superstar artists like Radiohead and Beastie Boys, it’s sure to give you a dose of nostalgia. The intro track, The Muffs’ "Kids In America," is a standout and perfectly embodies the film.

Pretty In Pink is synonymous with the ’80s, and Molly Ringwald’s on-screen portrayal of Andie Walsh stole teen hearts everywhere. If you were a mega-fan of the film, you probably had the soundtrack at home as well, which held a number of famous ’80s hits such as "Please, Please, Please Let Me Get What I Want." The song is an undeniable Smiths classic and endured into the 21st century.

Disney has a knack for making feature films with well-known soundtracks, but High School Musical truly took things to the next level. The film became a tween sensation, and its’ soundtrack, featuring future mega-star cast members like Zac Efron and Vanessa Hudgens, had fans all in this together learning every word (see what I did there?).

Quentin Tarantino’ s 1994 film became a cult classic, and its’ soundtrack was equally as unforgettable. From Kool & The Gang to John Travolta, the soundtrack showcased music from nearly every decade.

Juno’s soundtrack was an indie music lover’s dream come true. The movie was released in 2007 as an indie film, and it became the most-successful independent movie since 2002’s My Big Fat Greek Wedding. As for the director’s music choice, he kept the ~cool~ underground vibes going with tunes from Buddy Holly, The Kinks, and Sonic Youth.

Breakfast At Tiffany’s exudes glamour from start to finish, and the Henry Mancini orchestra brought that ambiance to life full force. Comprised entirely of songs from the prolific composer, the dreamy soundscapes will transport you back to the ’60s.

Lady Gaga and Bradley Cooper’s on-screen romance was so convincing in A Star Is Born, fans speculated it was actually the real deal. That ultimately wasn’t the case, but the ultra-romantic soundtrack (and their steamy performances) for the film sure helped sell the narrative. "Shallow" was a soundtrack standout, and the co-stars united for a performance of the song at the 2019 Academy Awards.

True to it’s title — the soundtrack for the 1987 film will have you up and dancing, and the mix of slow bops and up-tempo anthems leaves something fo everybody. For the last dance of the night, you’re going to want to toss on "Time of my Life."

Dazed and Confused was released in 1993, but it took place in the groovy era of 1976. With a raucous collection of ’70s hits packed into the soundtrack, it couldn’t have been a better representation of the decade of peace and love.

The only thing more iconic than Kate Hudson’s fashion in Almost Famous? The music that plays throughout the movie The rock n’ roll-centric film has a rocking soundtrack, with no shortage of The Who and Led Zeppelin.

Disney’s 2019 remake of The Lion King featured a star-studded cast including Beyoncé and Donald Glover, who both appeared on the film’s soundtrack. Much of the album revisited the music from the original film, a testament to the timeless quality of the 1994 classic’s music. The movie’s reinterpretation of "Can You Feel The Love Tonight" became a hit with fans, and the soundtrack even brought back Hans Zimmer, who worked on the original soundtrack in the ’90s.

You’re going to want to break out your dance shoes for a Saturday Night Fever listening party. With more than a dozen ’70s disco tunes, the album will have you ready to dance the night away John Travolta style. His "Stayin’ Alive" scene was undoubtedly one of the most memorable from the film, and popularized the song to the point of becoming a dancefloor staple.

It was only fitting that multiple John Travolta films made this list. After being cast in Grease, one of the most successful movie musical films of all time, Travolta solidified himself as a dancing machine, and the soundtrack will have you feeling like a dancing machine yourself.

In 1984’s Purple Rain, Prince plays a character largely based on himself, so it’s a colorful film, to say the least. The rock musical featured a nine track collection of songs and became Prince’s first album to reach number one on the Billboard 200.

A hip-hop heavy soundtrack from start to finish, Black Panther’s soundtrack showcased the talents of Travis Scott, SZA, Kendrick Lamar, and more. The Marvel movie became a box office hit, and the soundtrack was nominated for Album of the Year at the 2019 Grammy Awards and took home two awards for Best Score Soundtrack for Visual Media and Best Rap Performance.

The songs from The Perks of Being a Wallflower set the tone for a feel-good soundtrack with a touch of nostalgia. That being said, there’s plenty of moody moments from the likes of Morrissey and The Smiths sprinkled in. After all, it is a film centered around teenage angst.

Few rap verses are as quotable as Eminem’s verse in "Lose Yourself" where he raps: "His palms are sweaty, knees weak, arms are heavy, There’s vomit on his sweater already, mom’s spaghetti."

The verse was made famous in Eminem’s rap battle scene in 8 Mile, and is just one of the songs featured on the film’s 16-song soundtrack.